Accessibility links
The 10th Republican Debate In 100 Words (And 3 Videos) : The Two-Way The debate was a free-for-all brawl. Marco Rubio and Ted Cruz took turns lashing at Donald Trump, trying to portray him as a man with many insults but little substance. 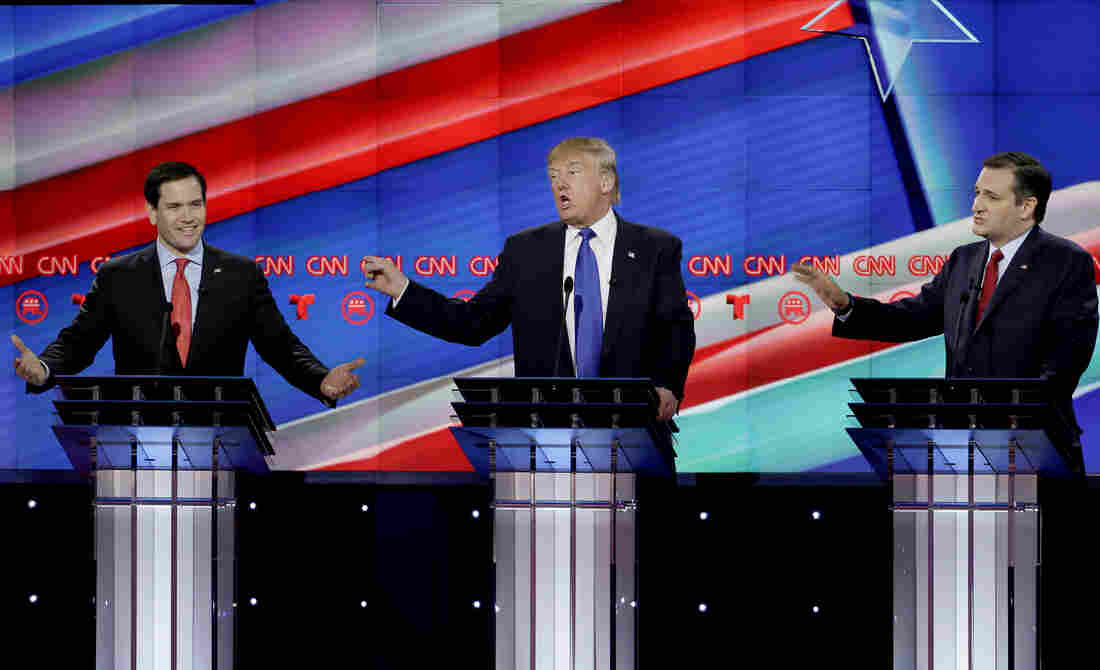 The 10th Republican debate was a free-for-all brawl. Marco Rubio and Ted Cruz took turns taking shots at Donald Trump. They tried to portray him as a man with many insults but little substance. Over and over, Cruz and Rubio painted Trump as a shape-shifter who would cut less-than-conservative deals on immigration, health care and foreign policy. Rubio, especially, took sharp shots, questioning Trump's business acumen, integrity and why he's refusing to release his tax returns. Trump remained Trump: slinging personal insults and promising that unlike politicians, he could get things done. John Kasich remained above the fray, as the pragmatic statesman. The must-watch moments:

Marco Rubio and Donald Trump sparred over who was "repeating himself" more. Watch the full exchange:#GOPDebatehttps://t.co/vCIk1qPDXB

Watch: Wolf Blitzer attempts to reign in a chaotic #GOPDebate, as Trump, Cruz, and Rubio argue over each other.https://t.co/JLpWZbyQdT

That's the quickie version of what happened in the 10th Republican presidential debate of the 2016 race Thursday night. The politics team has wall-to-wall coverage.