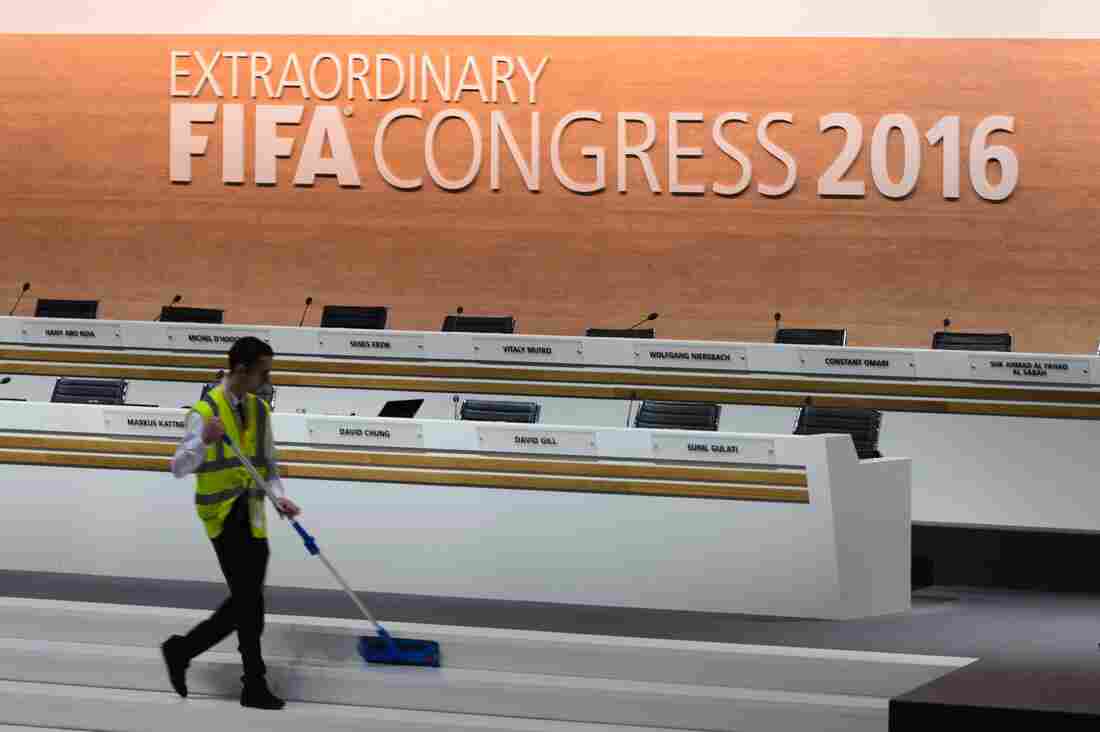 A worker cleans the stage during a break at the FIFA electoral congress on Friday in Zurich. Fabrice Coffrini/AFP/Getty Images hide caption 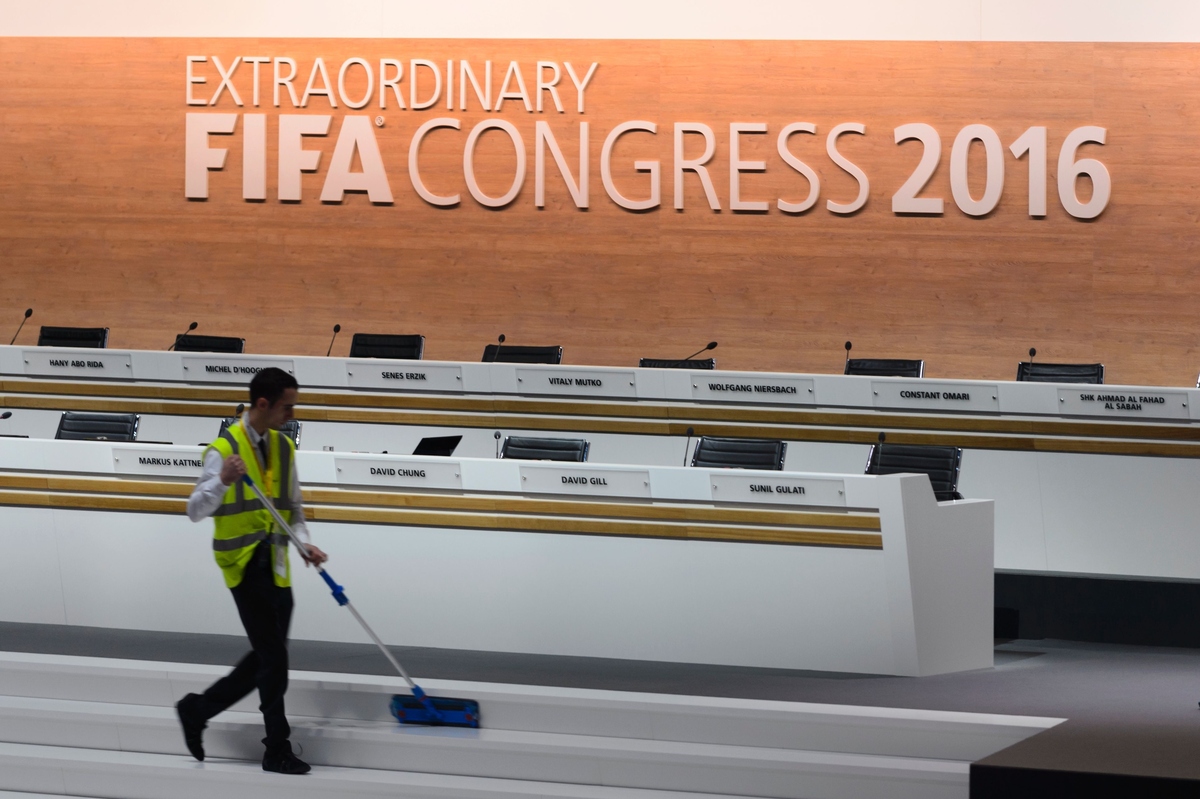 A worker cleans the stage during a break at the FIFA electoral congress on Friday in Zurich.

After overwhelmingly approving new reform measures, FIFA members have narrowly elected Gianni Infantino of Switzerland as their next president.

The first round of voting wasn't decisive — while Infantino, general secretary of Europe's UEFA soccer organization, edged out Sheikh Salman of Bahrain, the favorite leading into the election, neither reached the required two-thirds majority of the 207 votes.

In the second round of voting, which only required a simple majority, Infantino took home 115 votes.

The reforms were approved by 89 percent of FIFA at their meeting in Zurich, The Associated Press reports.

But NPR's Tom Goldman notes a reported 22 delegates voted against the package — suggesting some FIFA holdouts are resisting reform.

The reform package sets term limits for the FIFA president and other officials — three terms of four years — and replaces the existing executive committee with a 36-member FIFA Council, which will include more women. It also separates FIFA's policy decision-making from its business practices, Reuters reports.

FIFA has long faced accusations of corruption, but the organization's reputation hit a new low last year when several high-ranking leaders — including FIFA vice presidents — were indicted by the U.S. on charges of bribery, racketeering, money laundering and wire fraud.

FIFA officials hope the newly passed reforms "will help show U.S. prosecutors the soccer body is serious about changing its culture, and protect its status as a victim in the American investigation," the AP writes.

The extraordinary congress in Zurich was called by outgoing FIFA President Sepp Blatter, who announced last year that he would resign. But Blatter is not in attendance at the congress.

Disgraced by the bribery scandal, Blatter was banned from the sport for eight years in December. His suspension was reduced to six years on Wednesday.