Accessibility links
Report: More Pollinator Species In Jeopardy, Threatening World Food Supply : The Two-Way About 40 percent of invertebrate pollinator species such as bees and butterflies are facing extinction, according to the global assessment. 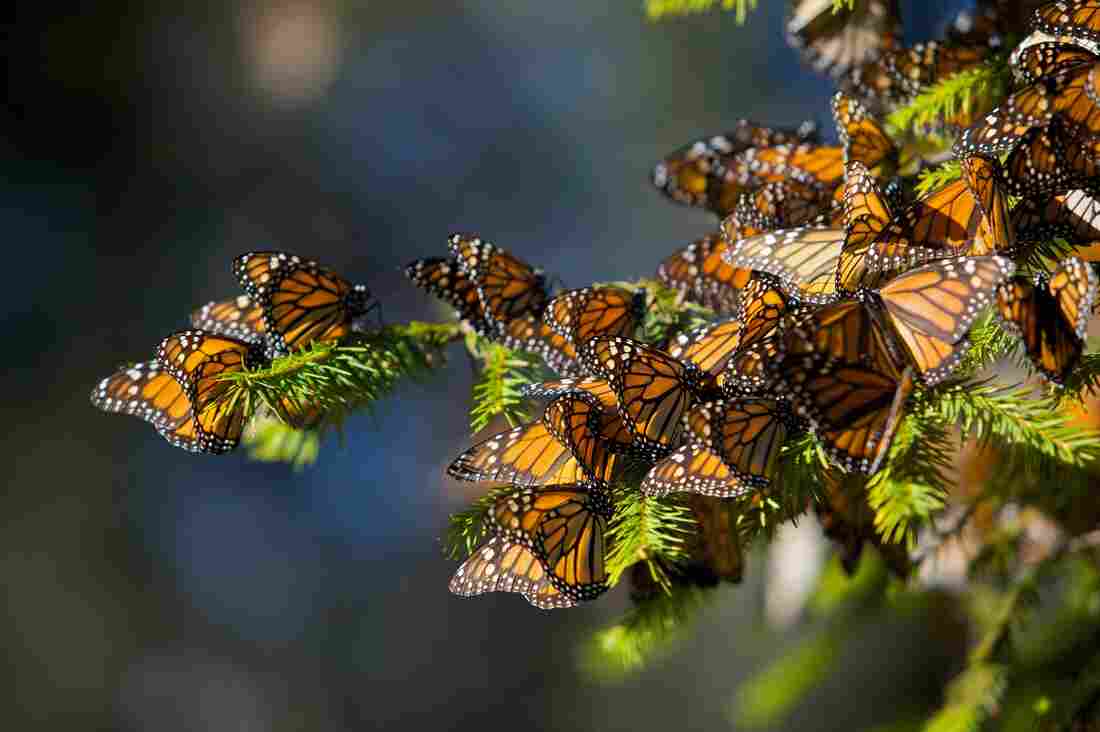 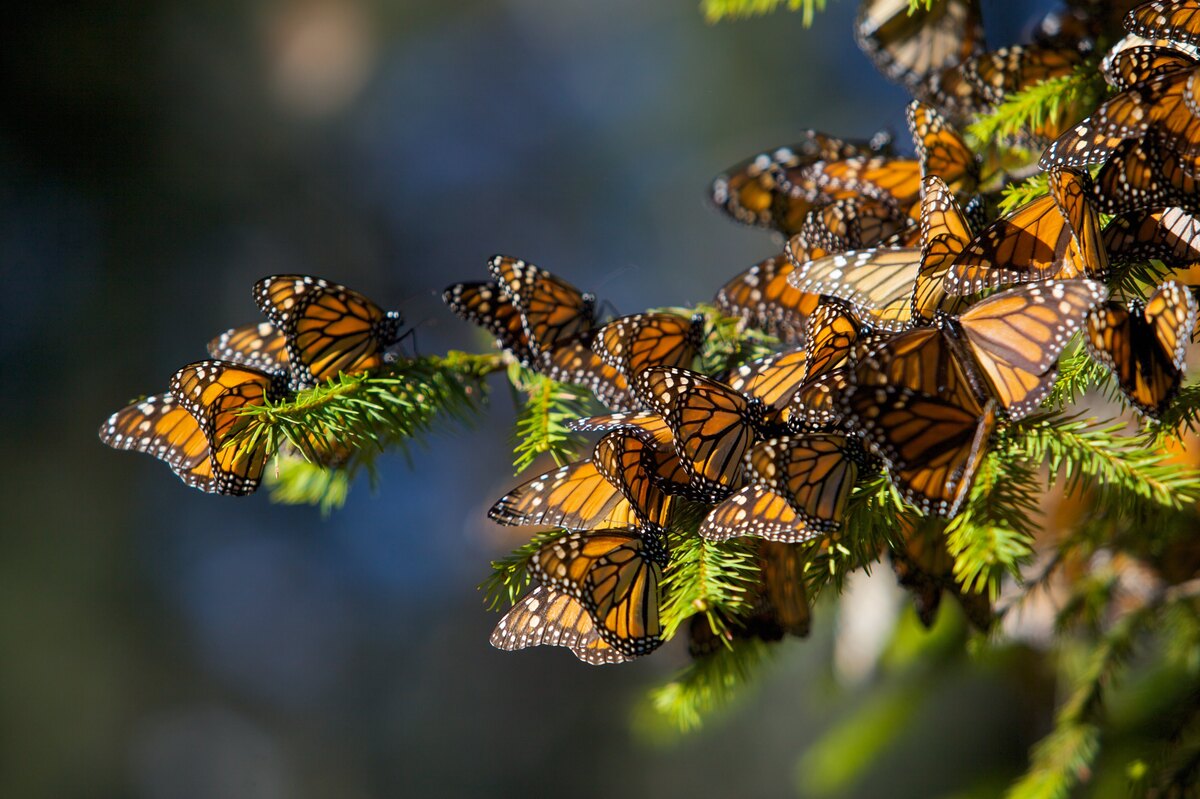 Monarch butterflies mass on a tree branch in the Cerro Chincua mountain at the Monarch Butterfly Biosphere Reserve in Cerro Chincua, central Mexico.

A major global assessment of pollinators is raising concerns about the future of the planet's food supply.

A U.N.-sponsored report drawing on about 3,000 scientific papers concludes that about 40 percent of invertebrate pollinator species (such as bees and butterflies) are facing extinction. Vertebrate pollinators (such as bats and birds) are somewhat better off by comparison — 16 percent are threatened with extinction, "with a trend towards more extinctions," the researchers say.

About 75 percent of the world's food crops, the report notes, depend at least partly on pollination.

"Pollinators are important contributors to world food production and nutritional security," assessment co-Chair Vera Lucia Imperatriz-Fonseca says in a statement. "Their health is directly linked to our own well-being."

Crops that need help from pollinators include coffee, apples, cacao, cotton, mangoes and almonds, to name just a few.

We're also talking big business: "The annual value of global crops directly affected by pollinators" ranges from $235 billion to $577 billion, according to the statement.

NPR's Dan Charles says the report "is largely based on studies in North America and Europe; there's been less research on pollinators in Africa and Asia."

It was released by The Intergovernmental Science-Policy Platform on Biodiversity and Ecosystem Services, which operates under U.N. auspices. The assessment cites about 3,000 scientific papers and, researchers say, "includes information about practices based on indigenous and local knowledge from more than 60 locations around the world." The report was presented by IPBES on Friday in Kuala Lumpur.

Pollinators are under threat for a number of reasons.

The decline of wild butterflies, bees and other pollinators "is primarily due to changes in land use, intensive agricultural practices and pesticide use, alien invasion species, diseases and pest, and climate change," says IPBES Vice Chair Robert Watson. 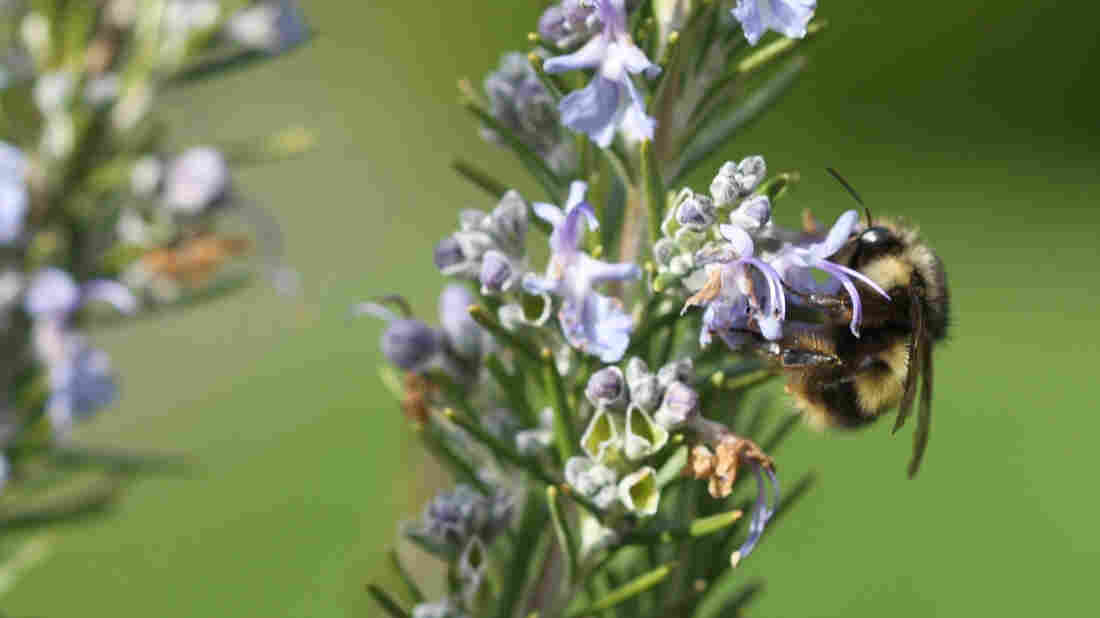 A bumblebee on rosemary blooms on a residential property in Langley, Wash. Dean Fosdick/AP hide caption 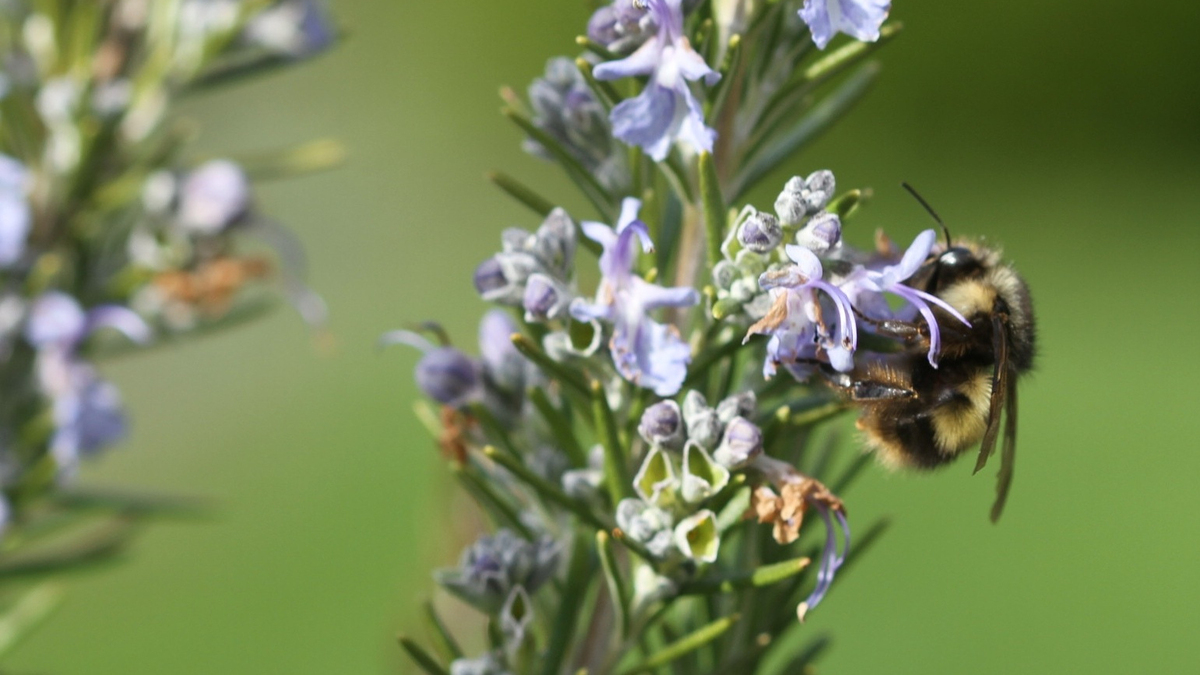 A bumblebee on rosemary blooms on a residential property in Langley, Wash.

Also harming pollinators: "the decline of practices based on indigenous and local knowledge," the assessment states. "These practices include traditional farming systems; maintenance of diverse landscapes and gardens; kinship relationships that protect specific pollinators; and cultures and languages that are connected to pollinators."

However, the researchers say there is plenty that governments and communities can do to support these animals. "The good news is that a number of steps can be taken to reduce the risks to pollinators, including practices based on indigenous and local knowledge," says IPBES founding Chair Zakri Abdul Hamid.

The statement cites such examples as: