Accessibility links
'Spotlight' Wins The Oscar For Best Picture At 2016 Academy Awards : The Two-Way Mad Max: Fury Road just about swept the early categories, but it was Spotlight that ultimately took home the top prize. From open to close, NPR's Pop Culture Happy Hour crew tweeted all the action. 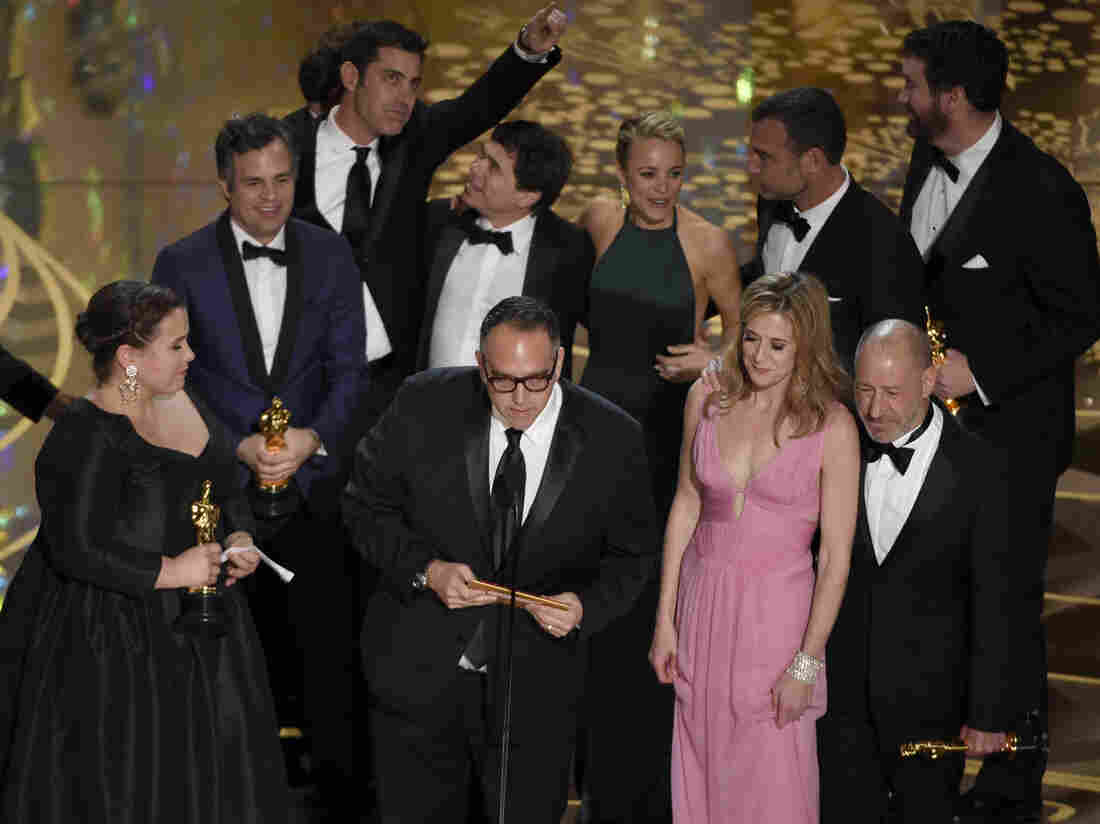 The cast and crew of Spotlight accept the award for best picture at the Oscars on Sunday at Dolby Theatre in Los Angeles. Chris Pizzello/Invision/AP hide caption 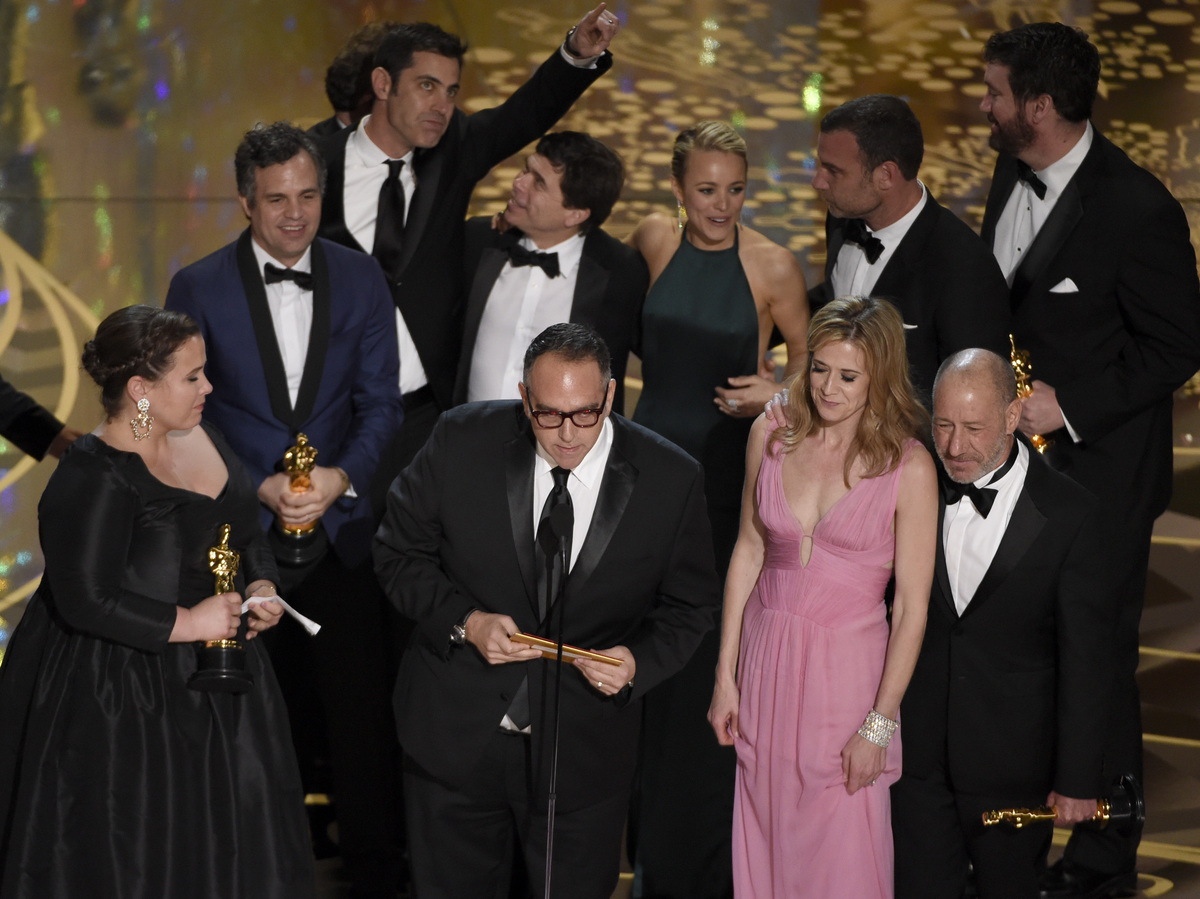 The cast and crew of Spotlight accept the award for best picture at the Oscars on Sunday at Dolby Theatre in Los Angeles.

Spotlight won the coveted Oscar for best picture when the 88th Academy Awards were handed out Sunday night in Hollywood, upsetting The Revenant and Mad Max: Fury Road, which entered the night with 12 and 10 nominations, respectively.

Mad Max: Fury Road just about swept the early categories, winning six Oscars, but The Revenant also took two of the top awards. Alejandro González Iñárritu won the prize for best director, giving him his second consecutive Oscar, and Leonardo DiCaprio won the Oscar for best actor in a leading role, his first.

Brie Larson won her first Oscar, taking the award for best leading actress, for her role in Room. Best supporting actress went to Alicia Vikander for The Danish Girl, and best supporting actor was won by Mark Rylance for his role in Bridge of Spies.

Our Pop Culture Happy Hour team of Linda Holmes, Glen Weldon, Stephen Thompson and Bob Mondello live-tweeted all the proceedings — from the red carpet to host Chris Rock's opening monologue, until the last winner was called.

Our crew tweeted using the hashtag #NPROscars and also retweeted some of your contributions. You can review via the widget below, or right here on Twitter.

This year's event is not without some controversy. When the nominations were announced on Jan. 14, several media outlets reported a lack of diversity among the nominees. Some celebrities even called for viewers to boycott Sunday's airing of the Academy Awards, and the overall outrage over the exclusion of people of color got the hashtag #OscarsSoWhite trending on Twitter.

These reactions ultimately led the Academy of Motion Picture Arts and Sciences to make modifications to its voting process and declare, "The Board's goal is to commit to doubling the number of women and diverse members of the Academy by 2020."

Host Chris Rock didn't shy away from commenting on the issue in his opening monologue. He joked that the Oscars are otherwise known as "the white people's choice awards" and said that if hosts were nominated, he wouldn't have gotten the job — that it would have instead gone to Neil Patrick Harris.

In the list below, we've marked the winners in each category, in bold.

Actor in a Leading Role

Actress in a Leading Role

Actor in a Supporting Role

Actress in a Supporting Role

Body Team 12
Chau, beyond the Lines
Claude Lanzmann: Spectres of the Shoah
A Girl in the River: The Price of Forgiveness
Last Day of Freedom

Embrace of the Serpent
Mustang
Son of Saul
Theeb
A War

Mad Max: Fury Road
The 100-Year-Old Man Who Climbed out
the Window and Disappeared
The Revenant

"Earned It," Fifty Shades of Grey
"Manta Ray," Racing Extinction
"Simple Song #3," Youth
"Til It Happens to You," The Hunting Ground
"Writing's on the Wall," Spectre