Accessibility links
Donald Trump Won't Condemn KKK, Says He 'Knows Nothing About White Supremacists' : The Two-Way On CNN's State of the Union, the Republican front-runner was asked if he'd distance himself from the support of former KKK grand wizard David Duke. Trump refused four times, saying, "I don't know."

Trump Fails To Condemn KKK On Television, Turns To Twitter To Clarify

Trump Fails To Condemn KKK On Television, Turns To Twitter To Clarify 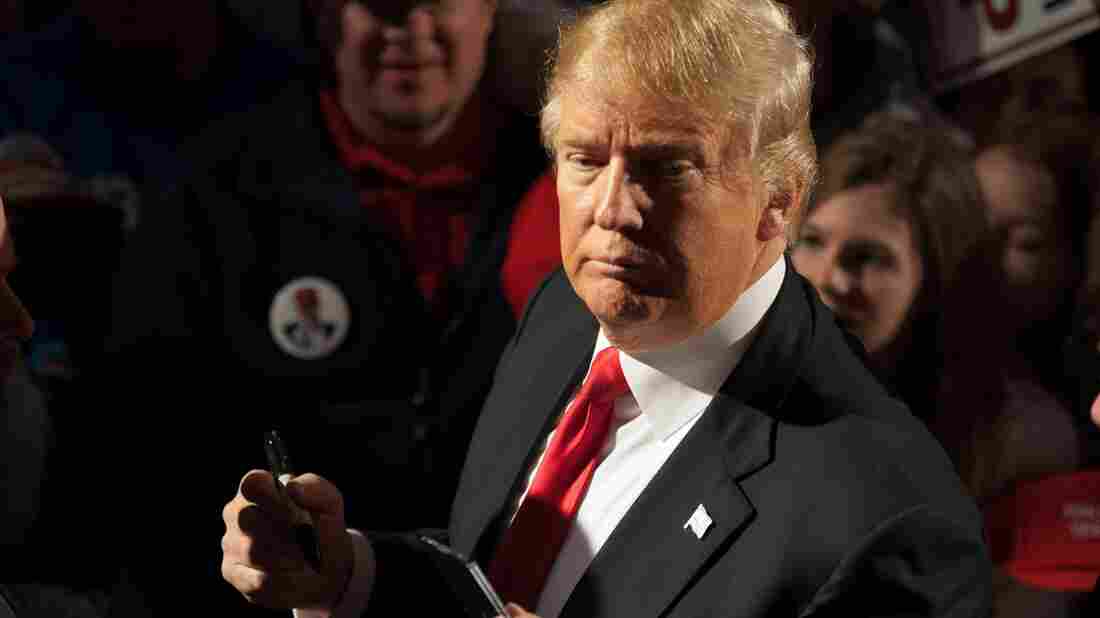 Republican presidential candidate Donald Trump signs autographs for supporters at the conclusion of a rally at Millington Regional Jetport on Saturday in Millington, Tenn. Michael B. Thomas/AFP/Getty Images hide caption 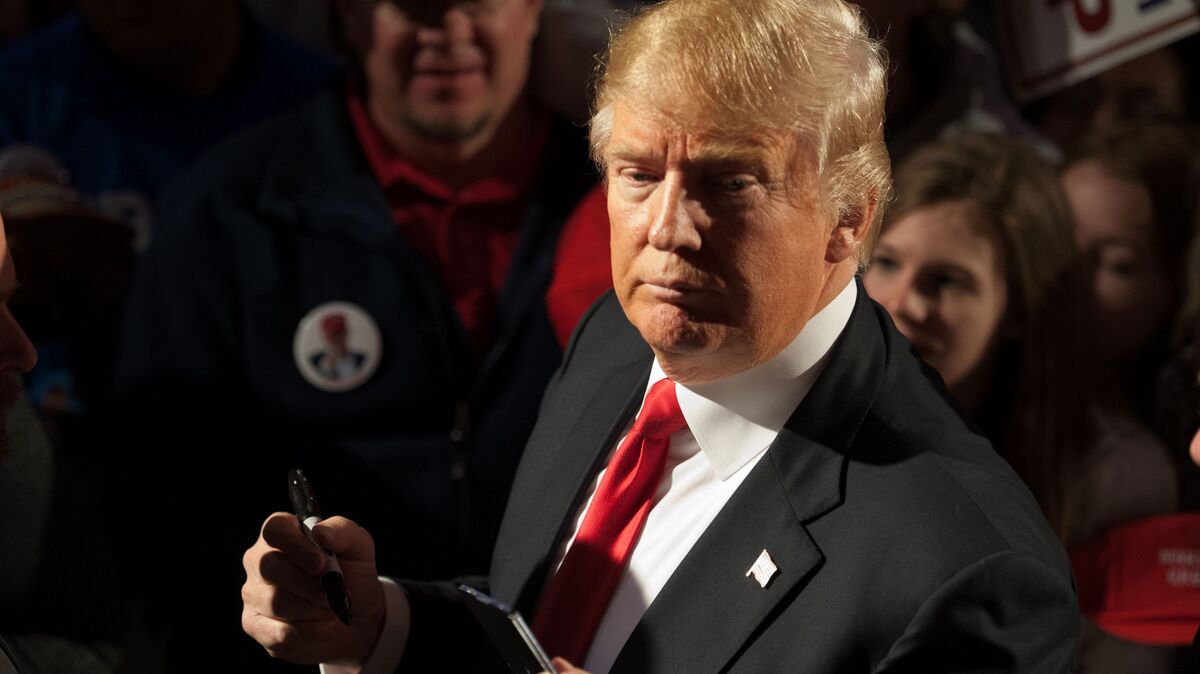 Republican presidential candidate Donald Trump signs autographs for supporters at the conclusion of a rally at Millington Regional Jetport on Saturday in Millington, Tenn.

On the Sunday morning talk shows, Republican presidential front-runner Donald Trump refused to condemn endorsements from a prominent white supremacist and former KKK leader, and said he retweeted a Mussolini quote because "it's a very good quote."

The extended conversation about white supremacists came on CNN's State of the Union, where Jake Tapper asked if Trump would distance himself from an endorsement by David Duke, former grand wizard of the Ku Klux Klan. Duke has told his radio audience that voting against Trump would be "treason to your heritage."

Trump refused to condemn that endorsement or say he didn't want the support of white supremacists — four times.

Trump: I don't know what group you're talking about. You wouldn't want me to condemn a group that I know nothing about. ... If you would send me a list of the groups, I will do research on them and certainly I would disavow them if I thought there was something wrong.

Trump: You may have groups in there that are totally fine and it would be very unfair. So give me a list of the groups and I'll let you know.

You can watch the full exchange here.

Not long after, Trump tweeted out a video of him being asked about Duke's support on Friday, at a news conference where he received the support of New Jersey Gov. Chris Christie.

As I stated at the press conference on Friday regarding David Duke- I disavow. pic.twitter.com/OIXFKPUlz2

In the video from Friday, Trump said, "I disavow."

As several people swiftly pointed out on Twitter, Trump hasn't always claimed ignorance of David Duke as he did on CNN this morning.

In 2000, when he ended his presidential campaign, Trump cited Duke's participation in the Reform Party as one reason he no longer wanted the party's nomination.

"The Reform Party now includes a Klansman, Mr. Duke, a neo-Nazi, Mr. [Pat][ Buchanan, and a communist, Ms. [Lenora] Fulani. This is not company I wish to keep," he wrote in his statement.

On MSNBC, Chris Jansing spoke to Trump's son, Donald Trump Jr., about his father's comments on State of the Union.

He said he wasn't a campaign spokesman — but as a spokesman for his father, he was willing to say Trump's camp didn't want the support of a former KKK leader.

"I'm pretty sure we're not interested in those kinds of votes," Trump Jr. said.

Also on the Sunday show circuit, on NBC's Meet the Press, Trump declined to distance himself from a Benito Mussolini quote he had retweeted.

Gawker has since posted to announce that the account that first tweeted the quote — unsubtly named "@ilduce2016" — was a bot they designed with the express purpose of tricking Trump into retweeting a line from the fascist Italian dictator.

"@ilduce2016: “It is better to live one day as a lion than 100 years as a sheep.” – @realDonaldTrump #MakeAmericaGreatAgain"

And the ploy succeeded.

When Chuck Todd pointed out that "it is better to live one day as a lion than 100 years as a sheep" is, indeed, a famous Mussolini quote, and asked if Trump knew that, Trump said:

He then pointed out he has millions of followers on social media, and that they appreciate his interesting posts.

"Hey, it got your attention, didn't it?" Trump said.