Accessibility links
Iranian Moderates Make Big Gains In Parliamentary Elections : The Two-Way Final results are trickling in from elections — the first since last year's nuclear deal — that began last week. So far, they're a stunning blow to Iran's hardliners. 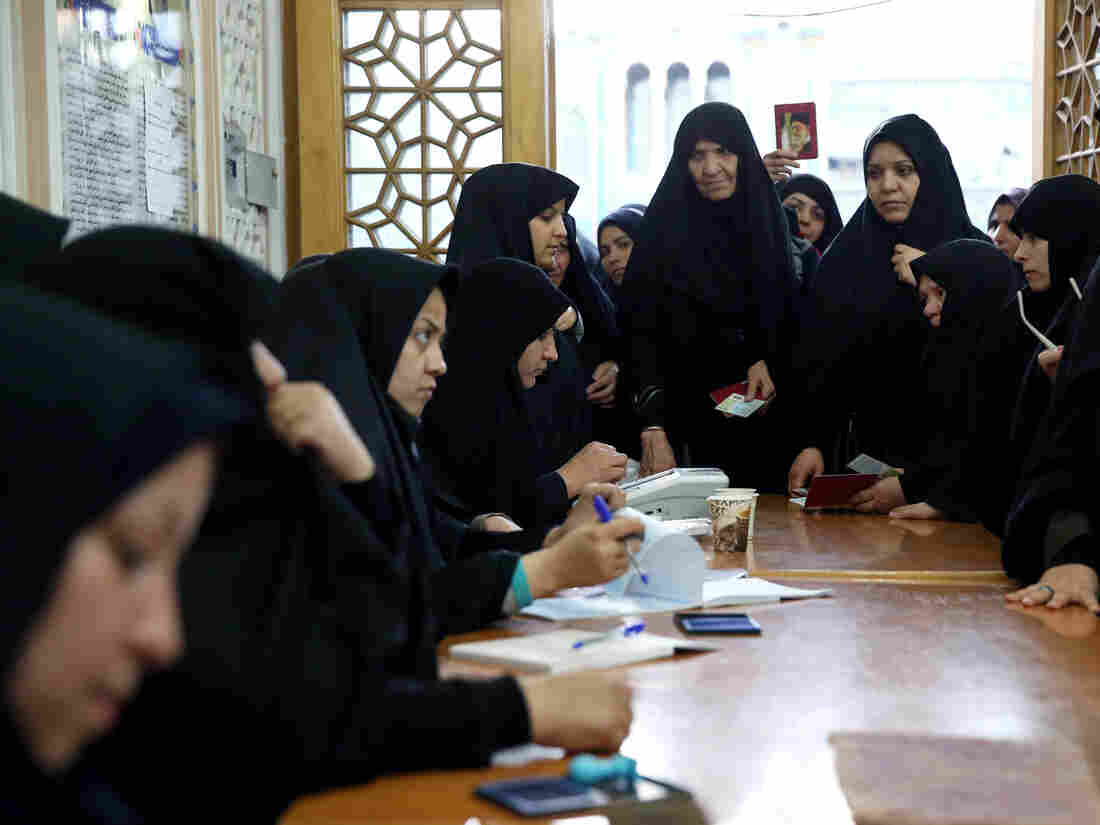 Iranian women vote in the parliamentary and Experts Assembly elections at a polling station in Qom, 78 miles south of the capital, Tehran, on Friday. Ebrahim Noroozi/AP hide caption 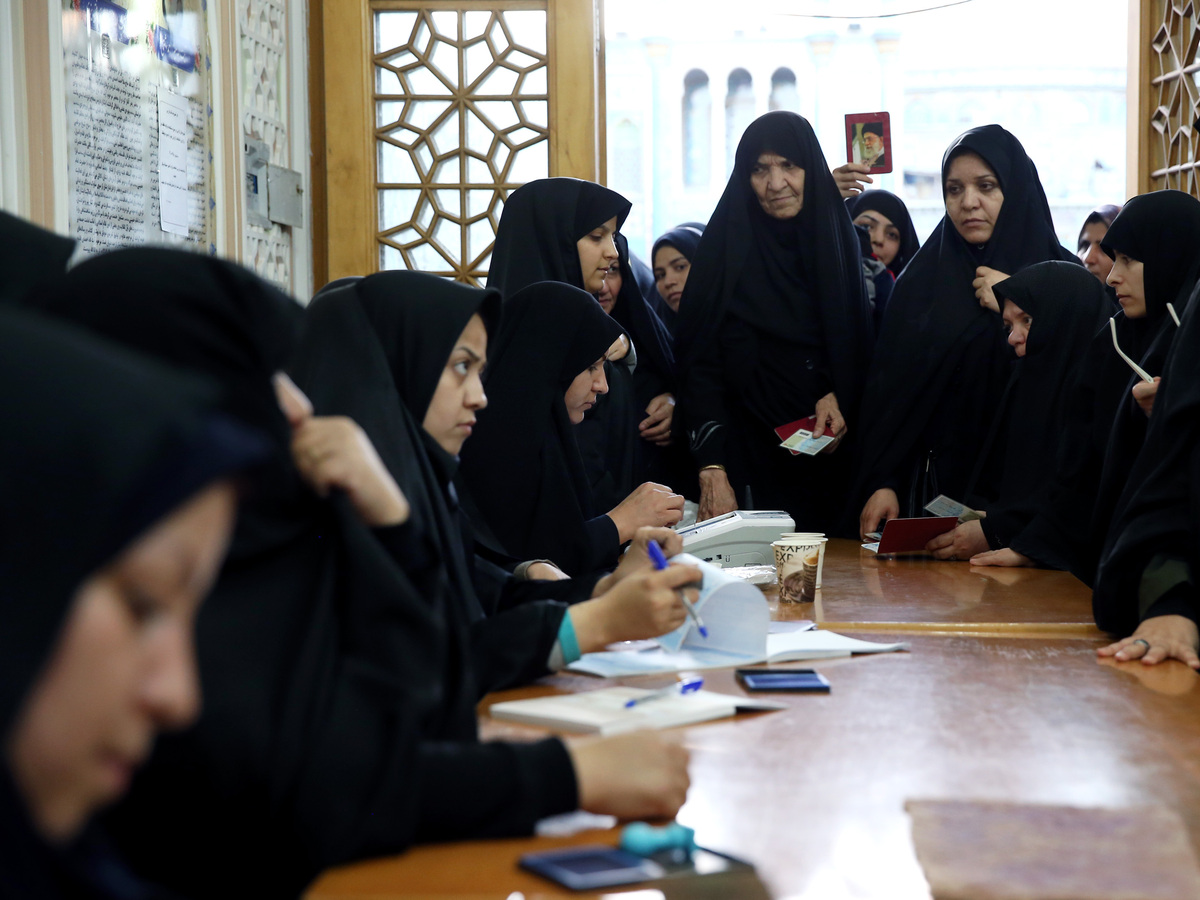 Iranian women vote in the parliamentary and Experts Assembly elections at a polling station in Qom, 78 miles south of the capital, Tehran, on Friday.

Final results are beginning to trickle in from Iran's parliamentary elections, and these returns show major gains for the country's moderate camp.

It's a stunning blow to Iran's hardliners in the first election since last year's historic nuclear deal with world powers.

As Camila Domonoske has noted for The Two Way, "Tehran's delegation is only a fraction of Iran's 290-seat parliament," and conservatives are poised to win seats in other parts of the country.

Moderates also made gains in the powerful 88-member assembly charged with choosing Iran's supreme leader, Peter says. He adds: "Allies of President [Hassan] Rouhani took 15 of the 16 seats from Tehran, according to the state news agency IRNA."

By comparison, "moderates previously held around 20 seats in the assembly," The Associated Press reported.

The same is true for the parliament, AP says. "Reformists currently hold fewer than 20 seats and have been virtually shut out of politics since losing their parliamentary majority in the 2004 elections," the news service writes.

The results are a boost for Rouhani and his economic reform efforts, Peter says:

"Even before official results are announced, Rouhani praised the vote as a move to strengthen the country. Rouhani needs a parliament he can work with to deliver on his campaign promise of reviving Iran's economy."

Many reformist candidates who wanted to run were not allowed to do so — only 200 reformists who applied were approved to run by Iran's "unelected, constitutional watchdog," according to the AP.

"The overall message is Iranians have voiced their interest in change, they clearly want this, but the leaders they have chosen are not that prone to making radical changes," New York Times Tehran correspondent Thomas Erdbrink tells Morning Edition. He adds that these moderates, or "pragmatic centrists," are sometimes difficult to label:

"There are people who are hard-liners on certain issues but for instance would be open to economic reforms. Does that make them a moderate? At the same time they might be saying the hijab — the Islamic headscarf — is obligatory and they might propose police controls to check women to do that. So these labels are very, very complicated."

Election turnout was 50 percent in the capital and 62 percent in other provinces, Minister of Interior Abolreza Rahmani Fazli told reporters.

We'll keep you updated as results come in. But some reformists are already declaring this a historic moment for Iran:

Reuters cites an editorial in the reformist newspaper Mardom-Salari, whose managing editor won one of the Tehran seats in parliament, that read in part:

"The biggest achievement of this election is the return of reformists to the ruling system so they won't be called seditionists or infiltrators anymore. ...

"This election can be a turning point in the history of the Islamic Republic."