Accessibility links
Justice Clarence Thomas Asks 1st Question From Supreme Court Bench In 10 Years : The Two-Way Thomas, who hadn't asked a question since Feb. 22, 2006, drew gasps from people at the Supreme Court when he questioned a lawyer during oral arguments Monday. 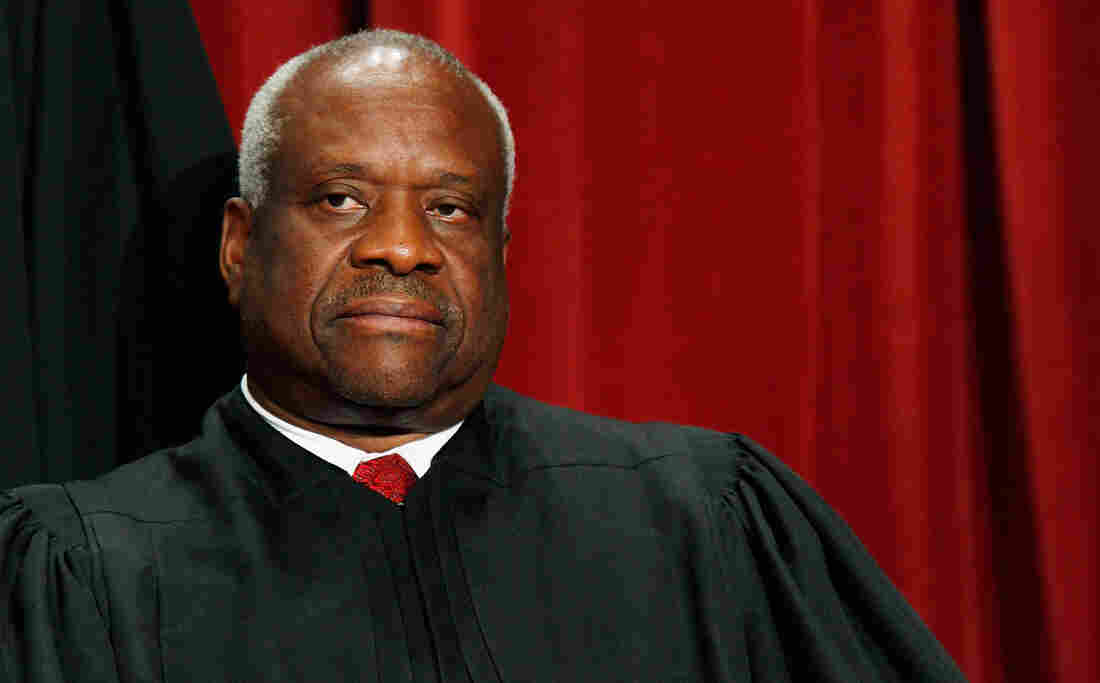 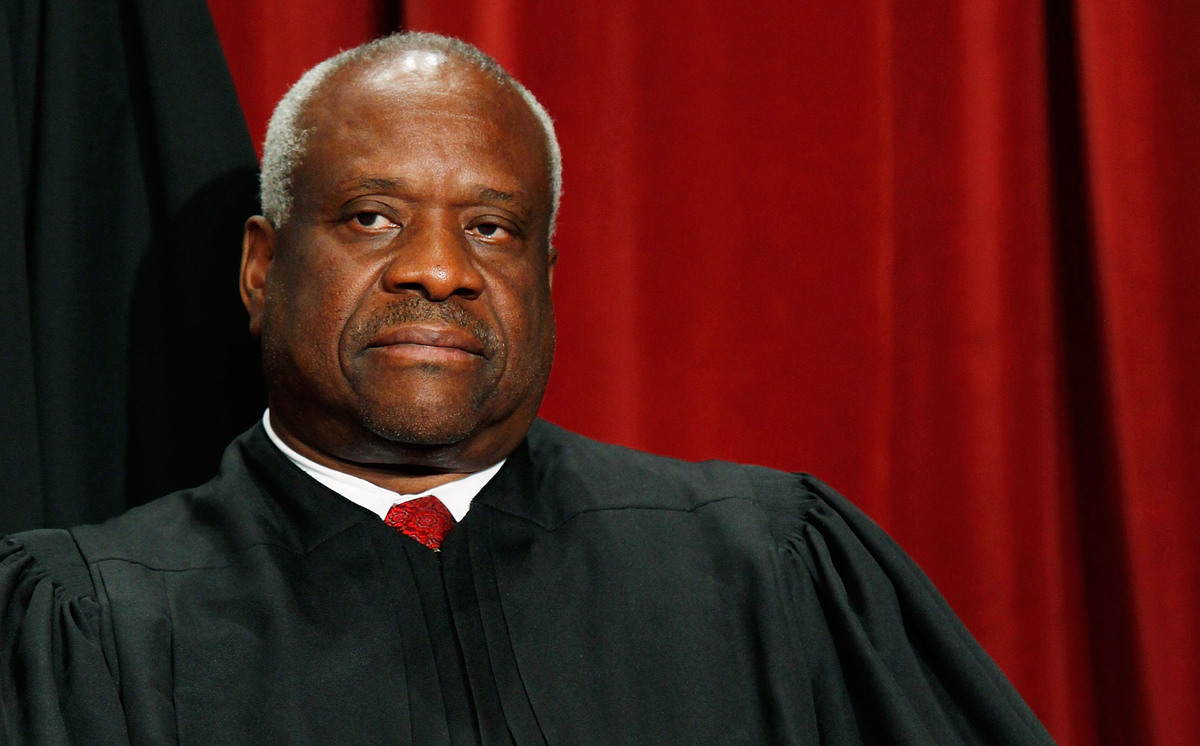 Before today, Justice Clarence Thomas hadn't asked a question from the Supreme Court bench since Feb. 22, 2006.

Thomas, who hadn't asked a question since Feb. 22, 2006, broke 10 years of near silence during a case, Voisine v. U.S., involving a federal law preventing people convicted of misdemeanor domestic violence from owning firearms.

The justices were hearing appeals from two Maine men who say their guilty pleas for hitting their partners should not disqualify them from gun ownership. The hourlong session was coming to a close when Thomas leaned forward and spoke into the microphone to ask Justice Department lawyer Ilana Eisenstein whether a misdemeanor conviction of any other law "suspends a constitutional right," The Associated Press reports.

"During the first 50 minutes of the argument, most of the justices appeared to favor the government's position that even reckless acts of domestic assault fall under the law. Thomas did not pose questions to Virginia Villa, the lawyer arguing on behalf of the two men.

"But Thomas peppered Eisenstein with several questions about Second Amendment gun rights, a topic no other justice had asked about. He noted that the law allows someone convicted of a misdemeanor assault charge to get a lifetime ban on possessing a gun 'which at least as of now results in suspension of a constitutional right.' "

Thomas has been criticized in the past for failing to engage during oral arguments. The New York Times writes:

"Justice Thomas's explanations for his disengagement from this aspect of the court's work have varied, but he seems to have settled on one in recent years. It is simply discourteous, he says, to pepper lawyers with questions.

" 'I think it's unnecessary in deciding cases to ask that many questions, and I don't think it's helpful,' he said at Harvard Law School in 2013. 'I think we should listen to lawyers who are arguing their cases, and I think we should allow the advocates to advocate.' "

Thomas' 10 years of silence from the bench does come with an asterisk. In 2013, he cracked a joke — four words — which was interpreted as a self-deprecating jab at his alma mater, Yale.