Accessibility links
South Dakota Governor Vetoes Bill Stipulating Transgender Students' Bathroom Use : The Two-Way The bill would have required transgender students to use the bathroom of their birth sex. Had Gov. Dennis Daugaard not vetoed it, the bill would have become law, even without his signature. 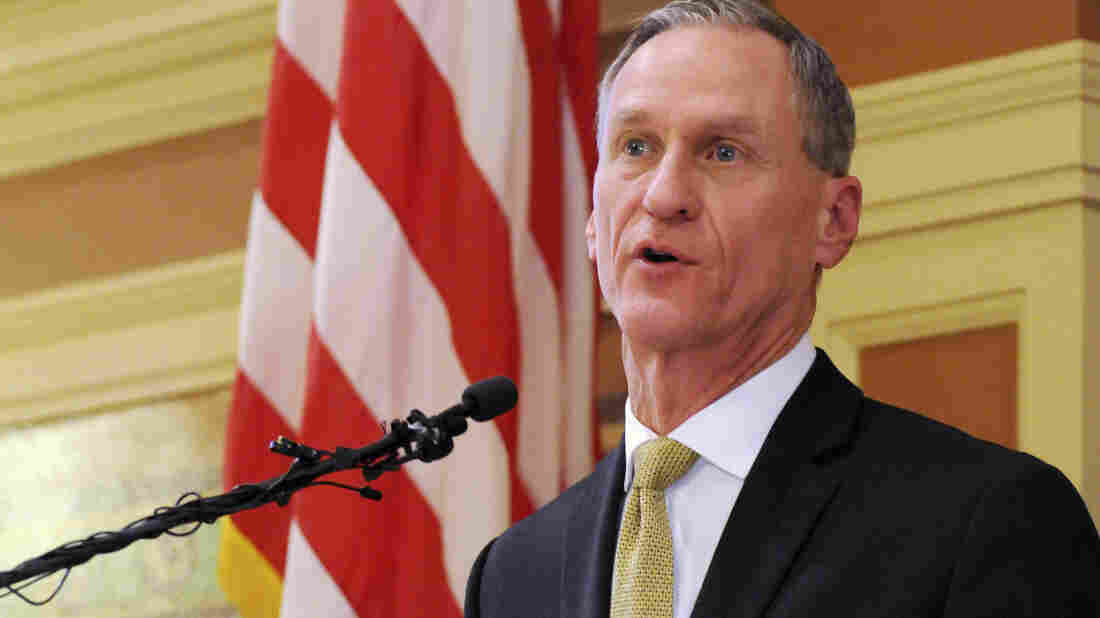 South Dakota Gov. Dennis Daugaard vetoed a bill that would have required transgender students in public schools to use bathrooms based on their gender at birth. James Nord/AP hide caption 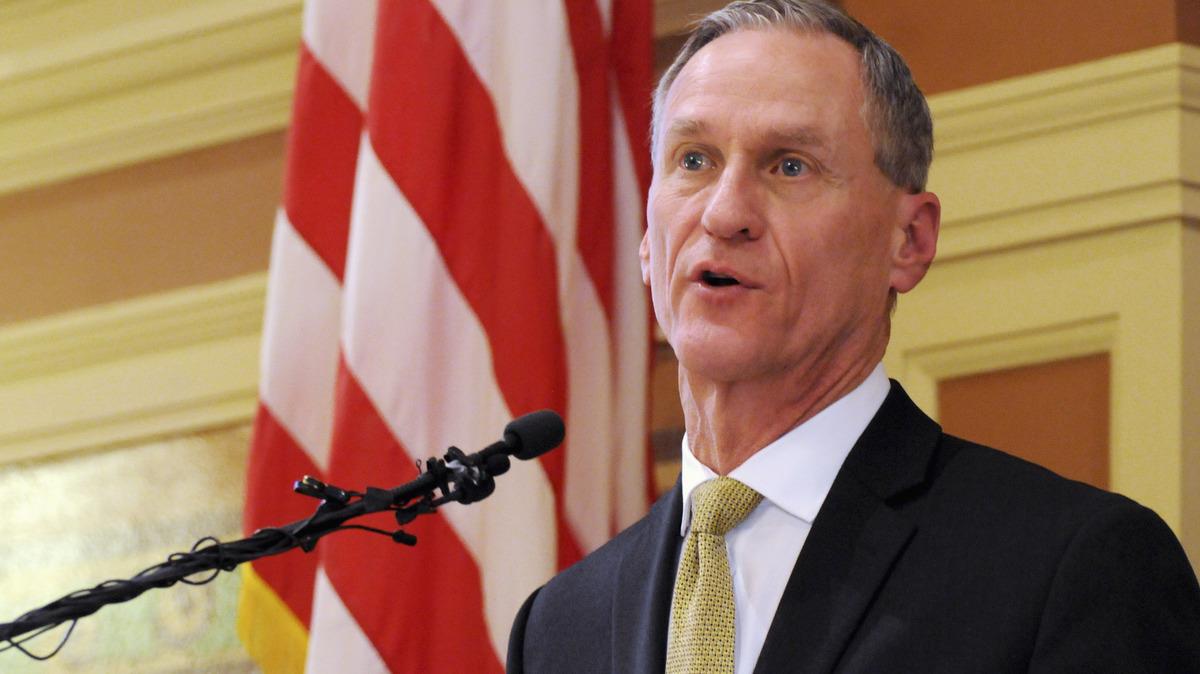 South Dakota Gov. Dennis Daugaard vetoed a bill that would have required transgender students in public schools to use bathrooms based on their gender at birth.

Gov. Dennis Daugaard has vetoed a bill that would have required transgender students in South Dakota's public schools to use bathrooms, locker rooms and other facilities based on their gender at birth.

Daugaard issued the veto Tuesday afternoon on a bill that would have become law at midnight if he had taken no action.

Opponents of the measure, including the American Civil Liberties Union and the Human Rights Campaign, had called on Daugaard to veto the bill.

After the bill was approved by a 20-15 vote in the state Senate last month, its opponents held protests and questioned lawmakers about it. Daugaard, who in the past had said that he saw the legislation as providing accommodations for both sides, had also met with transgender students and parents.

The law would have had particular impact for the 1,360 youth in South Dakota who identify as transgender, according to an estimate by the Williams Institute, a think tank based at UCLA. But it's also part of a wider debate over lesbian, gay, bisexual and transgender rights.

Last week, the city council of Charlotte, N.C., approved a nondiscrimination ordinance that allows transgender people to use the bathroom of their choice.

According to the ACLU, at least 200 other cities and counties have enacted similar legislation, as have at least 18 states.