Accessibility links
LAPD Reports Shooting 38 People In 2015; A Third Of Cases Involved Mental Illness : The Two-Way In a city where blacks make up 9 percent of the population, nearly a third of those shot by police over a five-year period were black suspects. 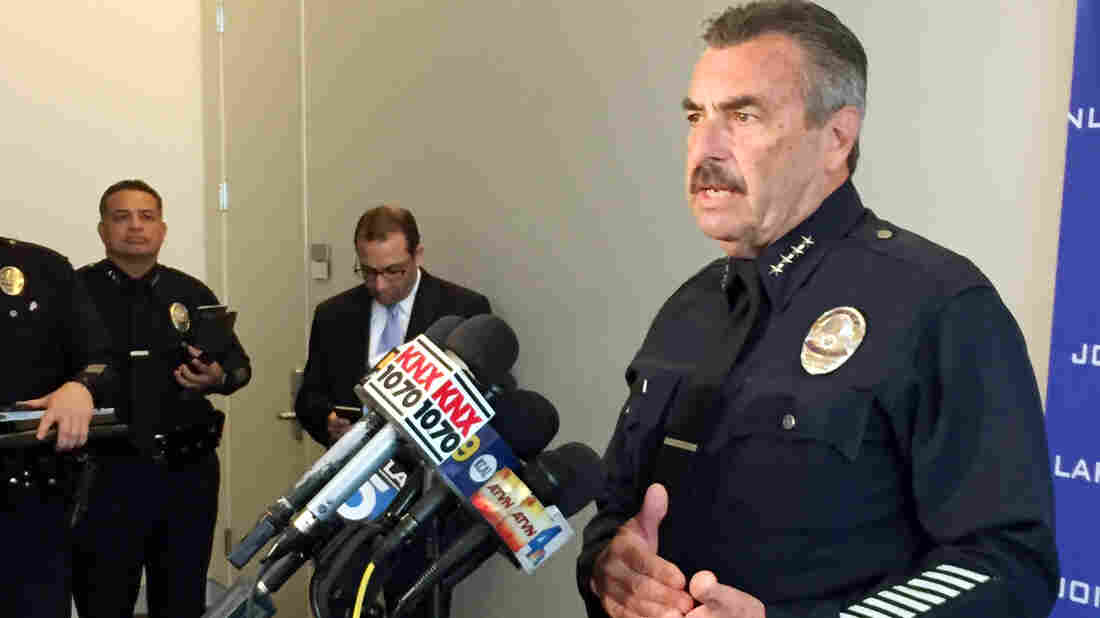 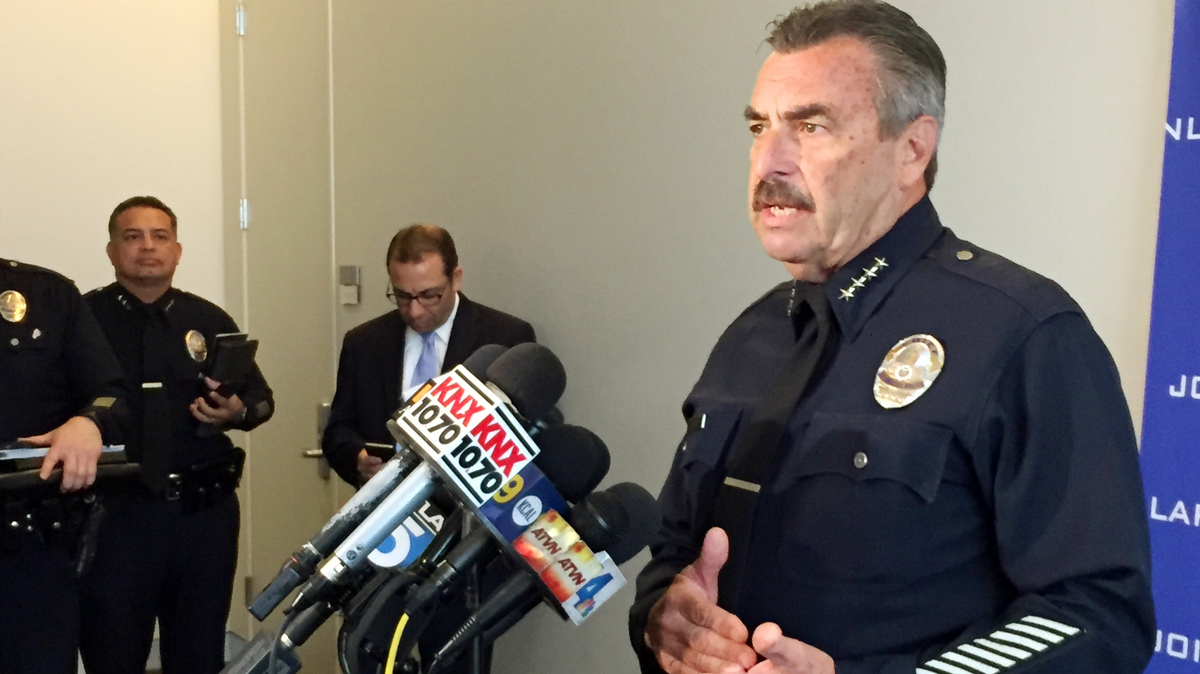 Los Angeles police officers used some type of force nearly 2,000 times last year, according to a new internal report. Officers shot 38 people — killing 21 of them — and more than a third of those shot had an indication of mental illness, the LAPD says.

In the five-year period from 2011 through 2015, LAPD officers shot 52 black suspects, according to the report — meaning that in a city where 9 percent of the population is black, nearly 30 percent of those shot by police were black.

The LAPD report includes a racial breakdown of those killed by police last year:

Officer-involved shootings rose 60 percent from 2014, the department says, with a total of 48 incidents. (In 10 cases, the suspect wasn't hit by gunfire.)

That total narrowly trails the Chicago Police Department and is more than the shootings reported by police in New York, Houston, Philadelphia, and by the Los Angeles Sheriff's Department.

But the LAPD's killing of 21 suspects was the most in the group, with Chicago reporting that its officers killed eight suspects. The LA Sheriff's Department reported 14 killed suspects. Fatality numbers from New York are not available, according to the report.

The use-of-force cases range from police shootings to nonlethal encounters such as Taser usage and people being bitten by a police dog.

The report found that despite a 2 percent drop in the use of nonlethal force from 2014, Taser use rose by 24 percent and the use of shotgun beanbag rounds rose 31 percent.

"Overall, the use of force is rare," Danielle Karson reports for our Newscast unit. "The almost 2,000 cases last year represent less than a percent of the 1.5 million interactions between the public and police."

"There's no 'why' in this report," Beck says. "Just the fact that it has increased and show over time where those increases are. And then that will cause discussions that I think this city and even this nation want to have about use of force."