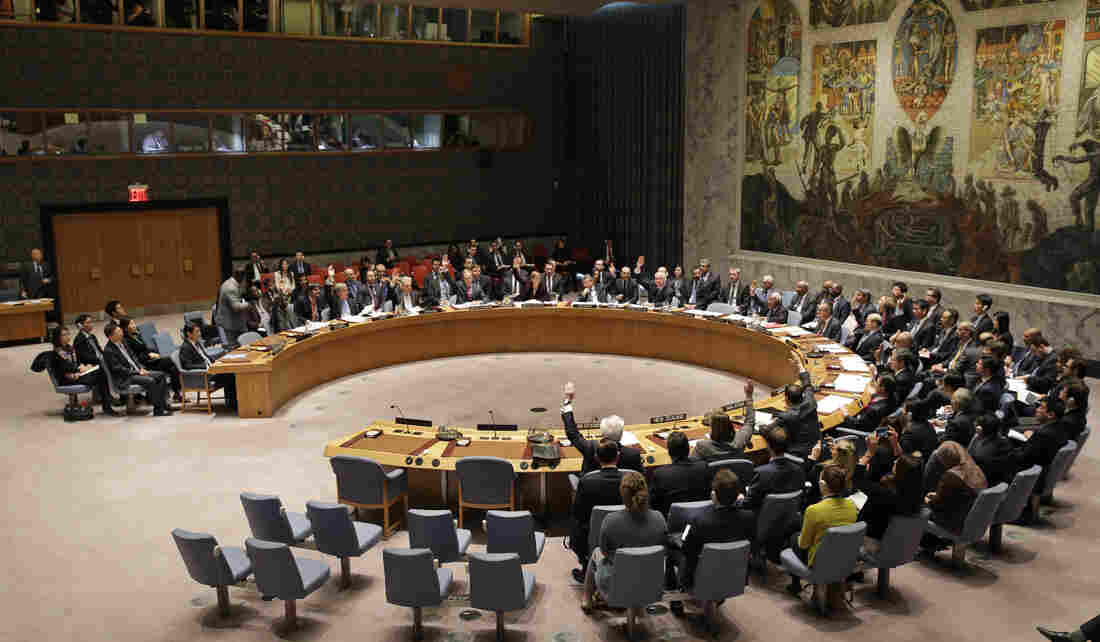 At U.N. headquarters in New York on Wednesday, the Security Council approved a resolution that diplomats say would impose the toughest sanctions on North Korea in two decades. Seth Wenig/AP hide caption 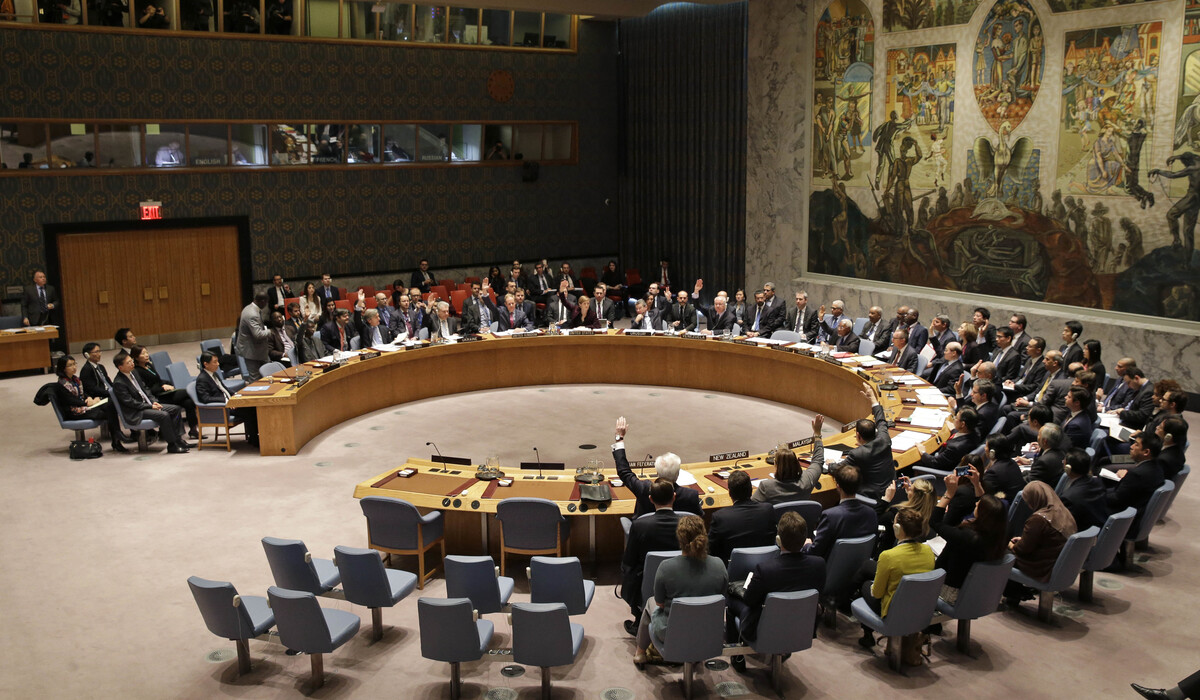 At U.N. headquarters in New York on Wednesday, the Security Council approved a resolution that diplomats say would impose the toughest sanctions on North Korea in two decades.

The U.N. Security Council unanimously approved new sanctions on North Korea on Wednesday, in response to a recent nuclear test and rocket launch that violated U.N. resolutions on the country's military activities.

The two tests — a Jan. 6 explosion that Kim Jong Un's government called a "hydrogen bomb test," a description experts have questioned; and a Feb. 7 rocket launch widely regarded as a missile test — were roundly criticized by the international community.

The new sanctions require, among other things, inspection of all cargo heading in and out of North Korea, a ban on the sale of valuable minerals by North Korea and a blockade on the sale or supply of jet fuel to the isolated nation.

"Today, the international community, speaking with one voice, has sent Pyongyang a simple message: North Korea must abandon these dangerous programs and choose a better path for its people," President Obama said in a statement.

In an interview on All Things Considered last week, U.N. Ambassador Samantha Powers called the package of sanctions "nearly unprecedented in many respects" and "the toughest sanctions resolution that has been put forward in more than two decades."

But as Elise told Morning Edition, the sanctions announced Wednesday aren't expected to have a large impact on the lives of everyday North Koreans, thanks to the intervention of North Korea's biggest ally.

"China has been stern about saying that any new sanctions shouldn't trigger a humanitarian disaster. So this set of sanctions is designed not to disrupt the general North Korean economy, which is based primarily on China and North Korea and their economic cooperation," Elise says.

"The sanctions also don't target one of North Korea's big sources of hard currency, and that's North Koreans who work overseas. So in general these are intended to weaken Pyongyang's weapons systems and the elite members of the regime."

China's cooperation was pivotal to approving Wednesday's new sanctions: disagreement between Beijing and Washington had prevented the Security Council from announcing new restrictions on North Korea back in January.

Now, Elise says, "even China seems to be sort of running out of patience with North Korea and its young leader."