Accessibility links
On His Visit To Cuba, President Obama Will Watch Exhibition Ball Game : The Two-Way The Tampa Bay Rays are scheduled to play the Cuban National Team in Havana. It will the first time a Major League Baseball franchise has played on the island since 1999.

On His Visit To Cuba, President Obama Will Watch Exhibition Ball Game

On His Visit To Cuba, President Obama Will Watch Exhibition Ball Game 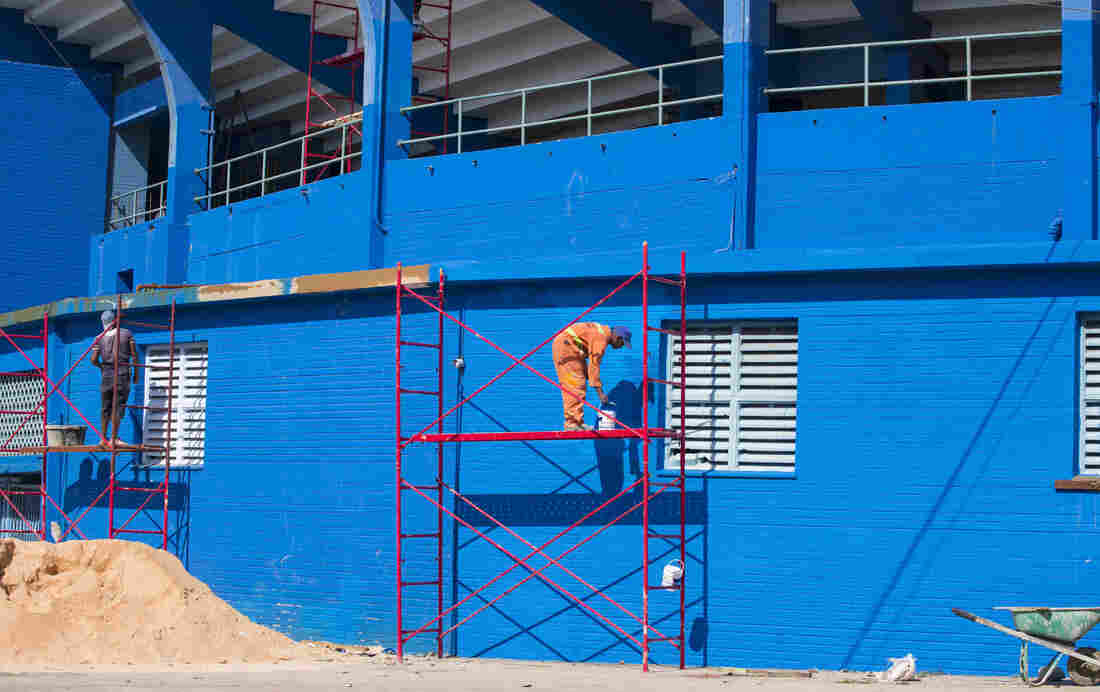 Workers paint the walls outside the Estadio Latinoamericano in Havana, on Tuesday. Desmond Boylan/AP hide caption 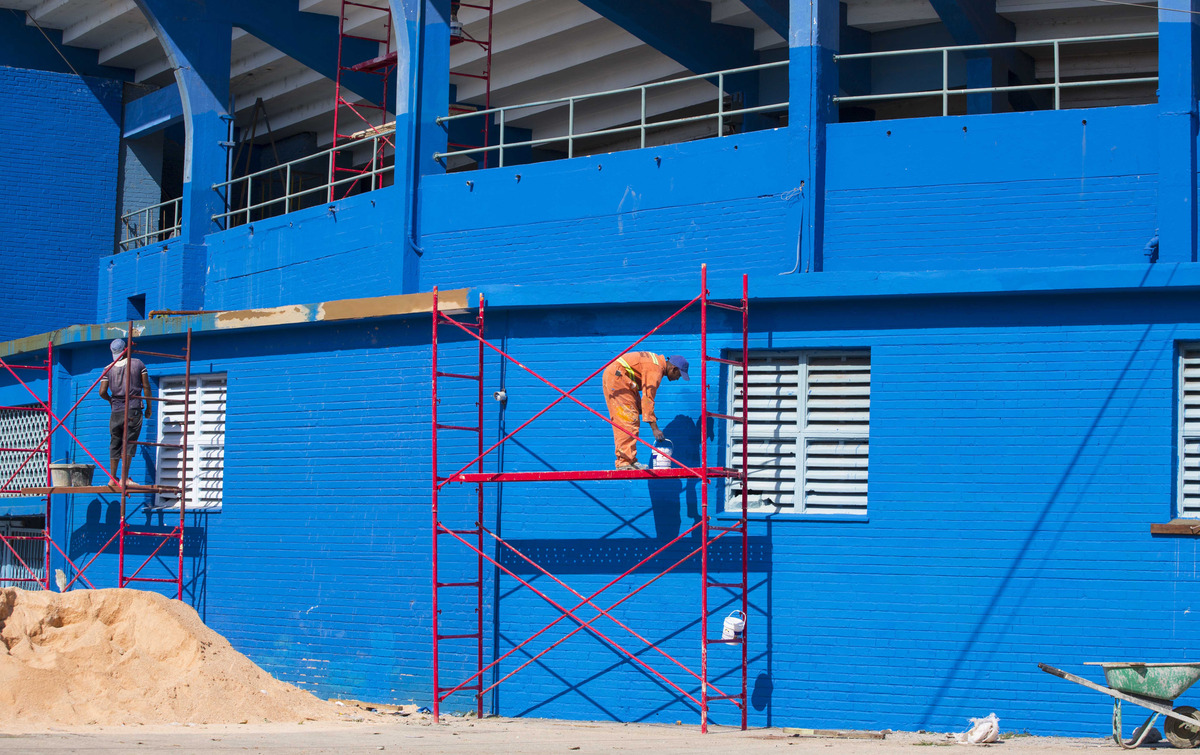 Workers paint the walls outside the Estadio Latinoamericano in Havana, on Tuesday.

After more than a decade, Major League Baseball is coming back to Cuba and it will have a very important spectator.

The White House announced on Tuesday that President Obama would be on hand in Havana to watch an exhibition game between the Tampa Bay Rays and the Cuban National Team on March 22.

The Rays will be the first MLB franchise to play on the island since the Orioles played an exhibition game in 1999.

Of course, this comes as the United States and Cuba have been mending relations after decades of animosity. The two countries reopened embassies in their respective capitals and Obama announced he was headed to island for a two-day visit on March 21 and 22.

Baseball Commissioner Robert D. Manfred, Jr. said about the visit: "During a time of historic change, we appreciate the constructive role afforded by our shared passion for the game, and we look forward to experiencing Cuba's storied baseball tradition and the passion of its many loyal fans."

As we reported, the Rolling Stones will also play a free open-air concert on March 25.