Accessibility links
No, You Can't Vape On Commercial Flights, Transportation Department Says : The Two-Way The department formally announced a rule that explicitly bans the use of electronic cigarettes on commercial flights heading to or from the U.S. Previous guidance had led to some confusion. 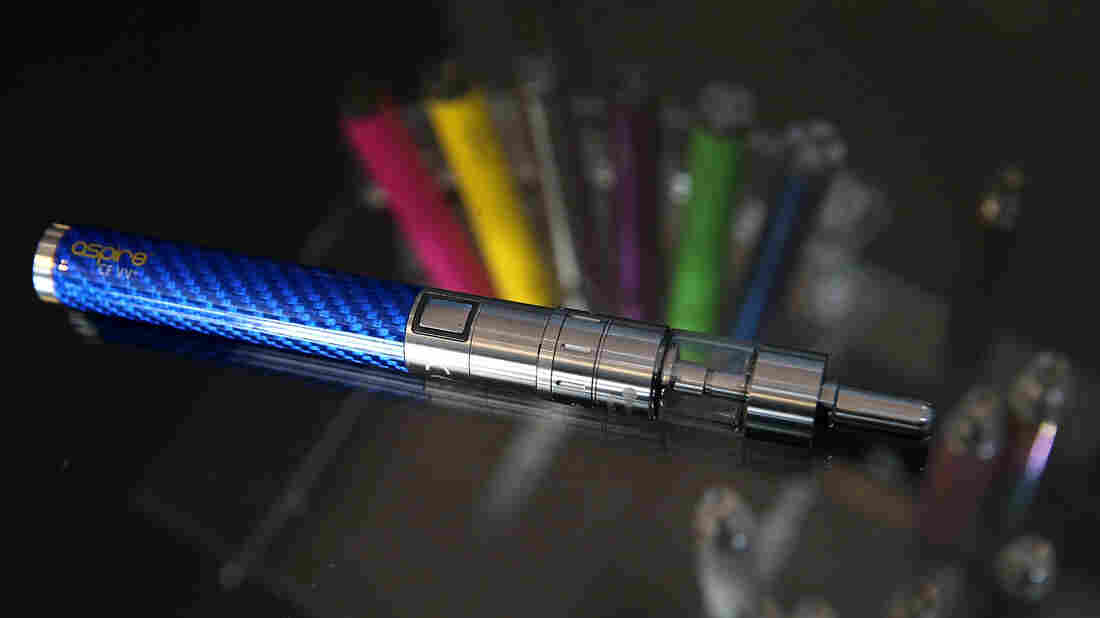 E-cigarette vaporizers are displayed at Digital Ciggz in San Rafael, Calif. The Department of Transportation says you definitely can't use this or anything else to vape on a plane. Justin Sullivan/Getty Images hide caption 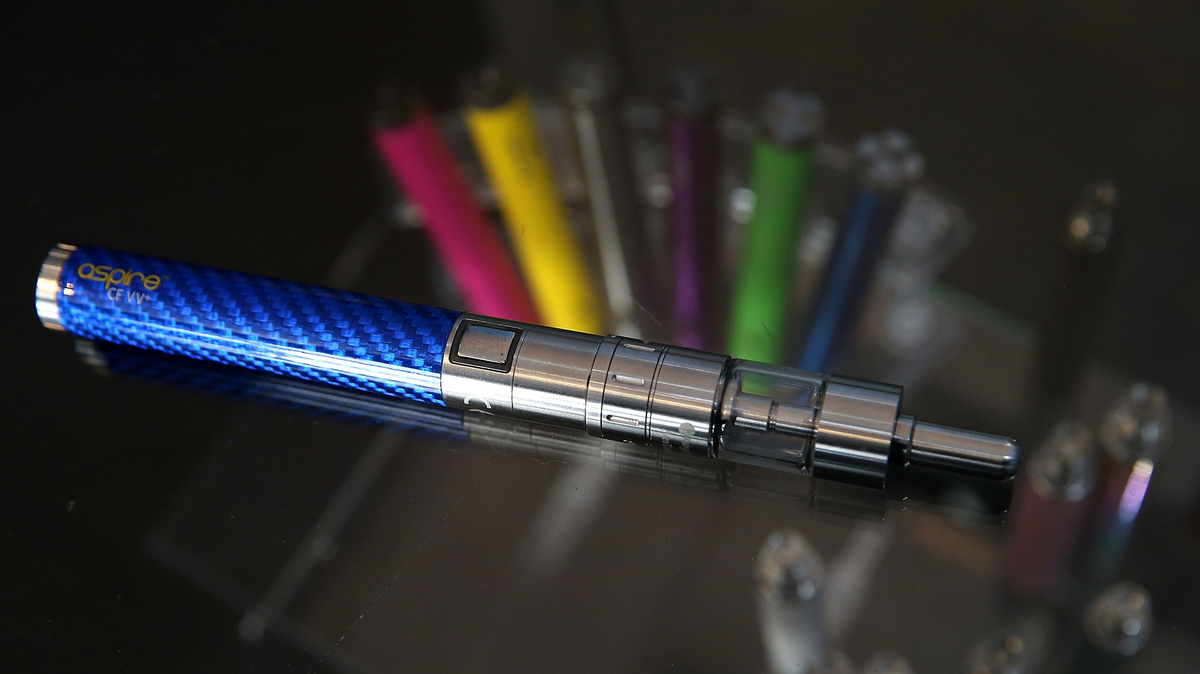 E-cigarette vaporizers are displayed at Digital Ciggz in San Rafael, Calif. The Department of Transportation says you definitely can't use this or anything else to vape on a plane.

Removing any doubt about whether you're allowed to puff away on an electronic cigarette while airborne, the Department of Transportation has explicitly banned vaping on commercial flights.

The department had previously said that it understood its "ban on smoking of tobacco to be sufficiently broad to include the use of electronic cigarettes."

It's the word "smoking" that was seen as a possible loophole. As most any e-cigarette user will emphatically tell you, they don't view it as smoking because there's no smoke — the device releases vapor instead.

U.S. Transportation Secretary Anthony Foxx said in a statement Wednesday that the department "took a practical approach to eliminate any confusion between tobacco cigarettes and e-cigarettes by applying the same restrictions to both." He added, "This final rule is important because it protects airline passengers from unwanted exposure to aerosol fumes that occur when electronic cigarettes are used onboard airplanes."

The aerosol fumes are a concern, the statement says, "because there is a lack of scientific data and knowledge of the ingredients in electronic cigarettes."

The ban applies to "all scheduled flights of U.S. and foreign carriers involving transportation in, to, and from the U.S," according to the Department of Transportation.

Last year, the Pipeline and Hazardous Materials Safety Administration prohibited airline passengers and crew from carrying battery-powered e-cigarettes in their checked luggage or charging the devices while on a plane, citing safety concerns.

E-cigarette manufacturers routinely market their products by arguing part of the appeal is that they can be used in places where traditional cigarettes are not allowed.