Accessibility links
Head Start Program Expanded In Flint To Help Kids Exposed To Lead : The Two-Way It's an effort to combat the damaging effects on kids from the city's lead-laced water. The effects of lead exposure are lifelong and can cause learning disabilities. 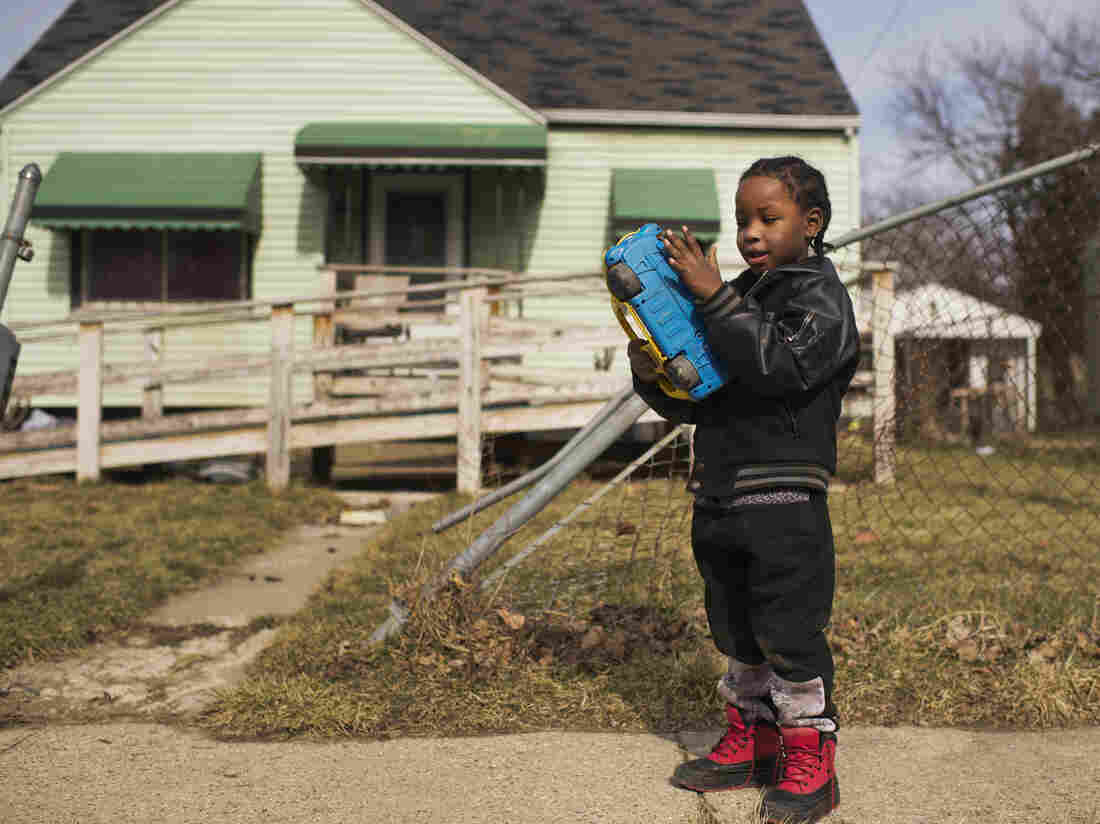 Davarious Griffin, 5, who has had elevated levels of lead detected in his blood, plays outside of his house in Flint, Mich., last month. Tom WIlliams/Getty hide caption 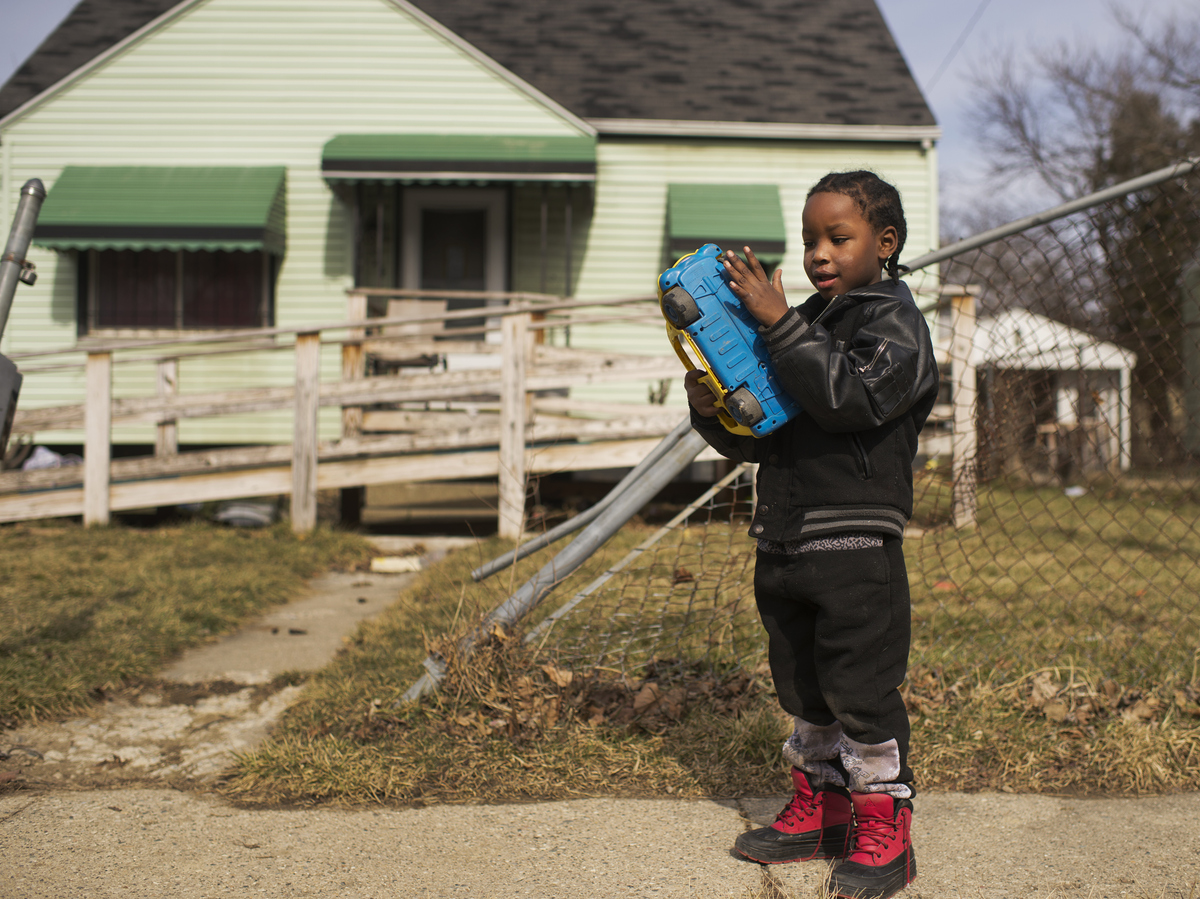 Davarious Griffin, 5, who has had elevated levels of lead detected in his blood, plays outside of his house in Flint, Mich., last month.

The Department of Health and Human Services says it is expanding its Head Start program in Flint, Mich., with $3.6 million in one-time funding.

It's an effort to combat the developmental effects on kids from the city's lead-laced water.

The effects of lead exposure are lifelong and can cause "learning disabilities, behavioral problems and mental retardation," according to the World Health Organization.

The new funding for Head Start, a program that aims to help get kids ready for school and targets low-income families, "includes additional classrooms and a longer school year," Michigan Radio's Rebecca Kruth tells our Newscast unit. "It will also provide parents with more education on lead poisoning — along with increased transportation to help get families to doctor's appointments," Rebecca adds.

"Early education is one of the most important things we can do to help children overcome the effects of lead," Health and Human Services Assistant Secretary for Preparedness and Response Nicole Lurie said in a statement.

Advocates for Flint's kids have been calling for this. Dr. Mona Hanna-Attisha, who helped expose the dangerous lead levels, told NPR in January that Flint needed multiple interventions to support affected children:

"So what we are trying to do is we are trying to throw every single evidence-based intervention at these children. And they encompass education, so early literature programs, and universal preschool and nutrition access and access to mental health services. All of these things are known to help children who are at risk for developmental disabilities."

The lead problem started after Flint switched to a new water source in 2014 in order to save money. Water from that new source, the Flint River, was not adequately treated with corrosion controls and this caused lead from pipes to contaminate the water. The city switched back to its original source late last year, but the water remains unsafe.