Accessibility links
An Emotional Peyton Manning Says Goodbye To Football : The Two-Way The future Hall of Fame quarterback retires after 18 seasons in the NFL, two Super Bowl rings and a string of superlatives. 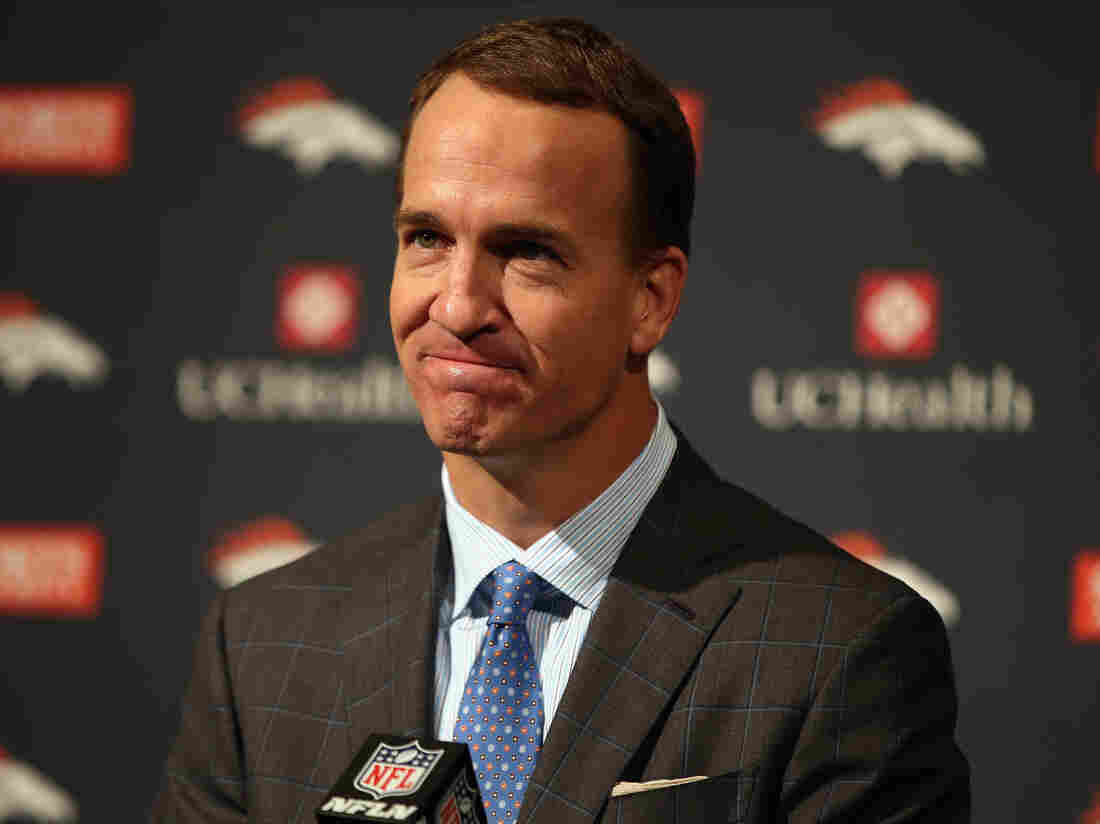 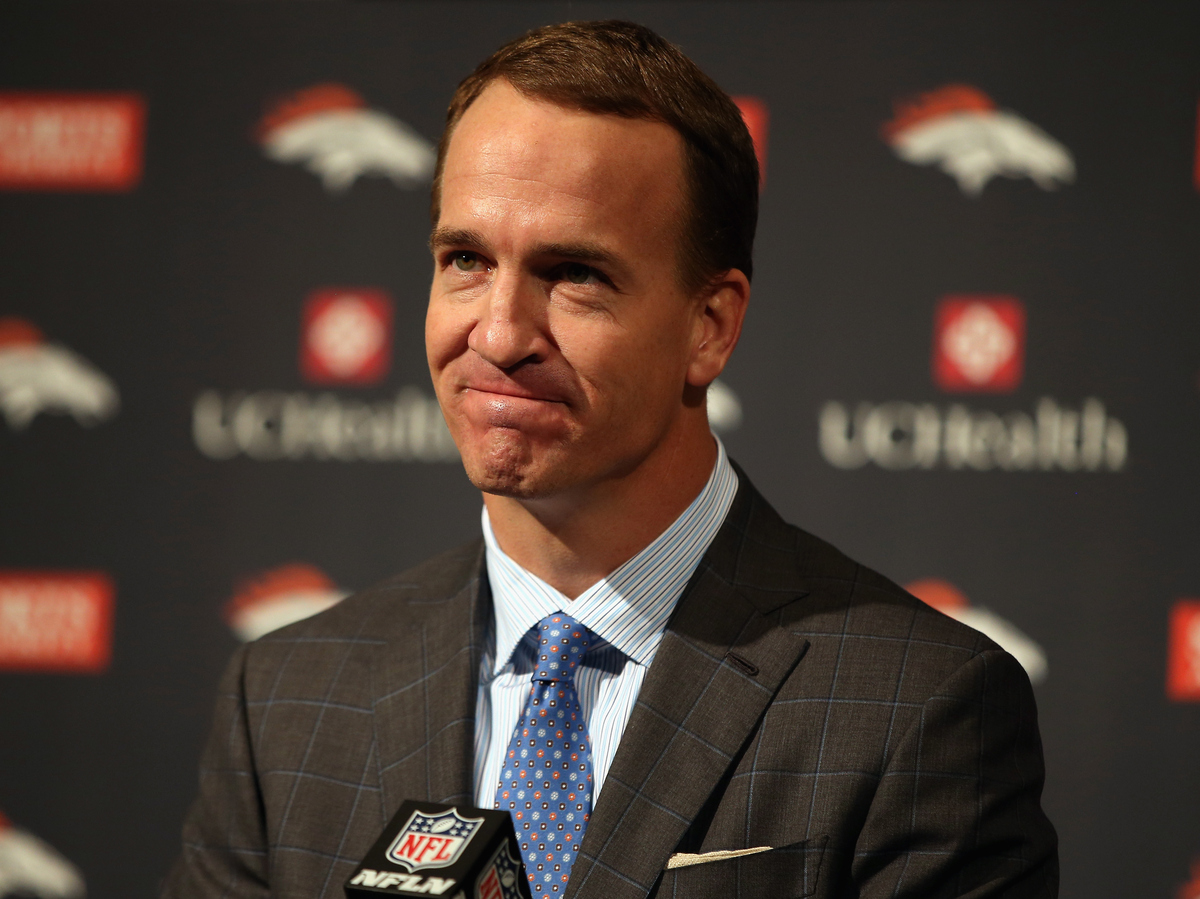 Denver Broncos quarterback Peyton Manning announces his retirement from the NFL on Monday in Colorado.

A visibly emotional Manning shared an anecdote from his first of 18 seasons in the NFL, when he had a chance to shake the hand of legendary quarterback Johnny Unitas after a tough loss to the Baltimore Ravens. Choking up as he remembered the exchange, Manning said: "He told me, 'Peyton, you stay at it, I'm pulling for you.' "

"I hope that old No. 19 is up there with his flat top and maybe his black high-tops on, and I hope he knows I have stayed at it, and maybe he's even a little proud of me," Manning said. "There's just something about 18 years, 18 is just a good number. And today I retire from pro football."

Manning thanked the people of his hometown of New Orleans; his alma mater, the University of Tennessee; the Indianapolis Colts; the Denver Broncos; and his family. He said he "reveres football," "loves the game" and will "absolutely" miss it. Among the things he will miss about playing in the NFL, he cited opposing players and coaches by name, team plane rides, shaking the hand of Patriots quarterback Tom Brady and breaking down games with his father.

Manning retires as the NFL's all-time passing touchdown leader (539) and passing yards (71,940), the first starting quarterback to win two Super Bowls with two different teams, and a five-time MVP. He's known for reading defenses from the line of scrimmage, waving his arms, yelling (if you've ever watched him play, you've definitely heard one of his favorite audibles, "Omaha!"), and rearranging his offense to try to throw the opposing line off balance.

Manning has also been credited with helping to usher in a new era of the "passing quarterback" in the NFL. John Elway, former NFL quarterback and current Broncos general manager, said that "Peyton Manning revolutionized the game."

Manning, the son of former NFL quarterback Archie Manning and brother to Giants starting quarterback Eli Manning, played college football at the University of Tennessee before being drafted first overall in the 1998 NFL draft by the Colts. He played 13 seasons there before undergoing a series of neck surgeries that forced him to miss the 2011 season. After the Colts released him, he signed with Denver in 2012, where he played four seasons and won Super Bowl 50.

For most of his career, Manning has enjoyed a wholesome reputation and highly marketable public image. Forbes calls him "the most marketable NFL player for most of the past decade" with endorsement deals with Buick, Nationwide, Papa John's, Gatorade, DirecTV and Nike.

Then after the Super Bowl, a sexual assault allegation from his days at Tennessee resurfaced — a female athletic trainer alleged he had placed his exposed genitals on her face during an exam; Manning said he was "mooning" another athlete in the room.

Manning had not addressed the incident publicly, but was asked about it during his retirement news conference.

"This is a joyous day, and nothing can overtake from this day," he said. "I think it is sad that some people don't understand the truth and the facts, and I did not do what has been alleged, and I'm not interested in re-litigating something that happened when I was 19 years old."