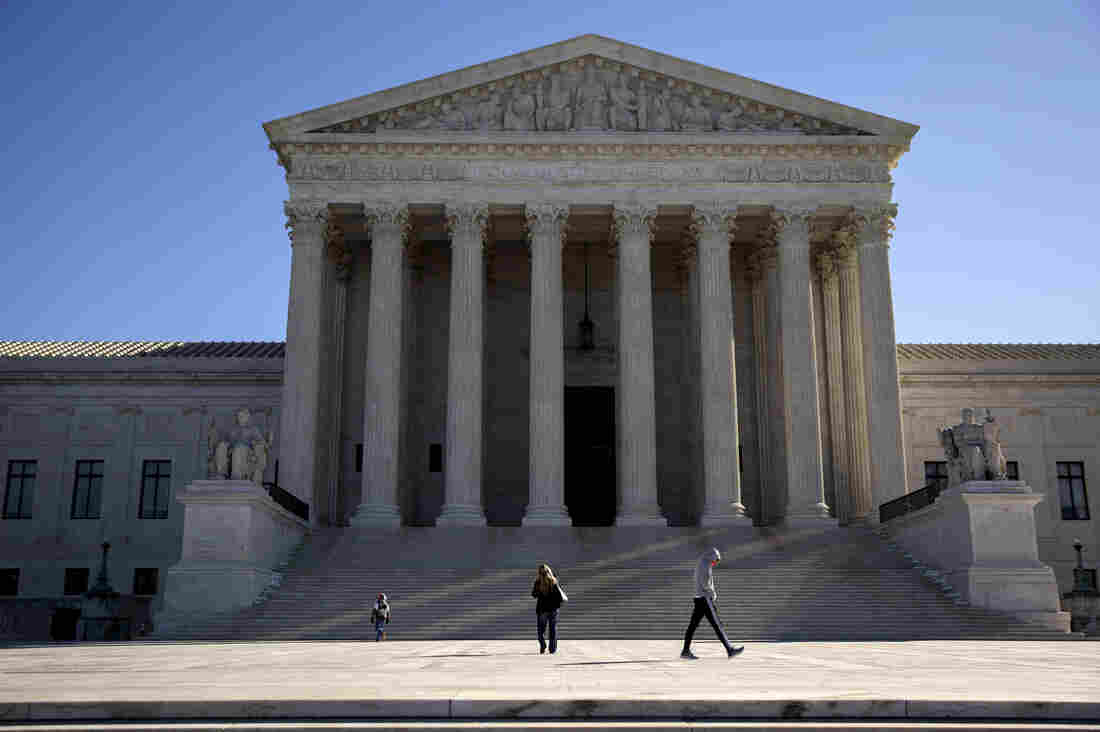 Visitors walk outside the U.S. Supreme Court on Feb. 14. The court announced on Monday that it has unanimously reversed an Alabama Supreme Court ruling that denied parental rights to a lesbian adoptive mother who had split with her partner. Drew Angerer/Getty Images hide caption 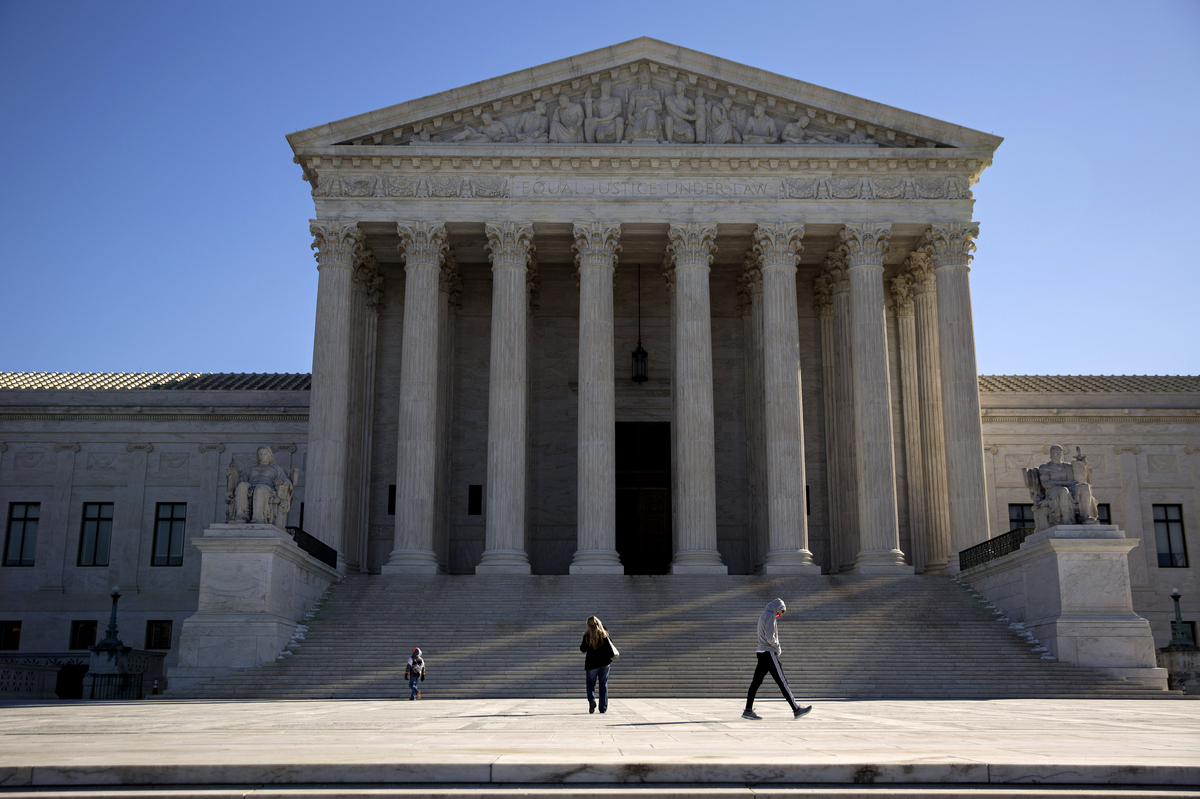 Visitors walk outside the U.S. Supreme Court on Feb. 14. The court announced on Monday that it has unanimously reversed an Alabama Supreme Court ruling that denied parental rights to a lesbian adoptive mother who had split with her partner.

The two women in the case were together for 16 years, and they had three children conceived by assisted reproductive technology — an older daughter, now 13, and boy and girl twins, now 11. The actual names of the parents have not been revealed. They are identified in court documents by the initials V.L. and E.L.

E.L. was the biological mother and V.L. subsequently adopted the children with her partner's explicit consent. The adoption was in Georgia, where both women appeared at a court hearing, and the final adoption decree recognized both as the children's legal parents.

When the parents, now living in Alabama, split five years ago, however, the biological mother denied her former partner access to the children. The Alabama courts initially ordered a decree of shared custody, based on the Georgia adoption, but the Alabama Supreme Court overturned the lower court orders. The state Supreme Court said the Georgia courts had wrongly agreed to the adoption.

The adoptive mother appealed to the U.S. Supreme Court, and on Monday the justices unanimously overruled the Alabama Supreme Court in a short, unsigned opinion.

The high court said that the Alabama court had misread Georgia law and violated the principles of the "full faith and credit clause" of the Constitution.

That clause provides that each state shall give "full faith and credit" to the "judicial proceedings of every other state." And as the U.S. Supreme Court observed, this means that "a State may not disregard the judgment of a sister State because it disagrees with the reasoning underlying the judgment or deems it to be wrong on the merits." Indeed, the justices said that, to the contrary, as long a "sister state" court, here the Georgia court, has jurisdiction to rule, as the superior court did on a petition for adoption, courts in other states have virtually no license to reach a different conclusion.

In addition, the justices said that the Alabama court incorrectly interpreted Georgia law. "The result would comport neither with Georgia law nor with common sense," the court said, adding that the Georgia court got it right in granting the adoption.

After the U.S. Supreme Court's decision was released on Monday, the adoptive parent issued a statement saying: "I have been my children's mother in every way for their whole lives. ... [When] the Alabama Court said my adoption was invalid and I wasn't their mother, I didn't think I could go on. The U.S. Supreme Court has done what's right for my family."