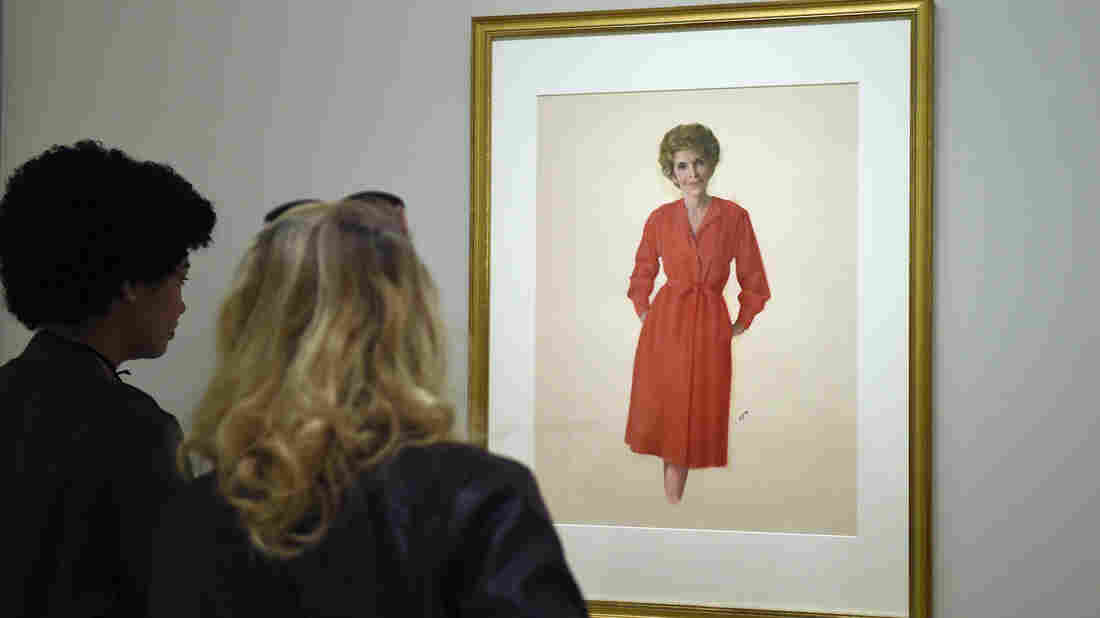 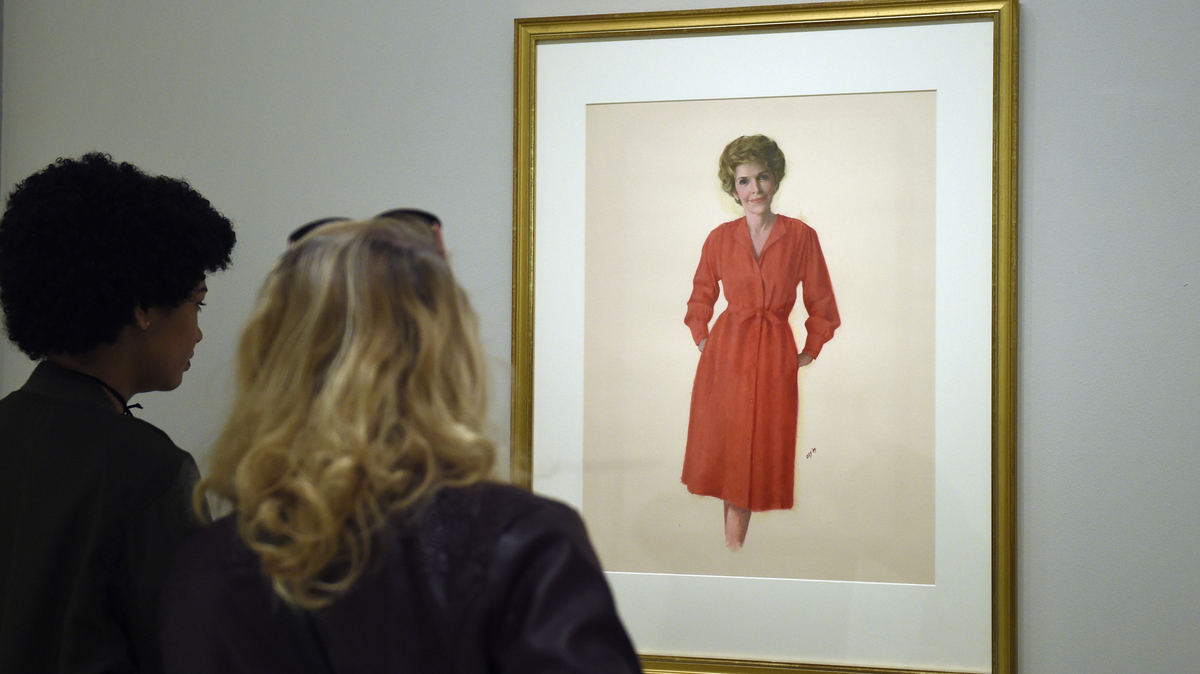 Two women look at a portrait of Nancy Reagan hanging in the National Portrait Gallery in Washington, D.C., on Monday.

Reagan Red is on display at the Smithsonian National Portrait Gallery, which is honoring Nancy Reagan, who died on Sunday at age 94.

The era of Reagan Red began when her husband Ronald Reagan was inaugurated as the 40th U.S. president in 1981.

"Mrs. Reagan's ensemble that day was in that particular shade of scarlet that would from that moment on be known as Reagan Red," Town & Country magazine reports.

In the National Portrait Gallery's In Memoriam gallery, a portrait by the late artist Aaron Shikler depicts the first lady standing casually while wearing a red dress.

The magazine donated the portrait to the Smithsonian, which will be on display to the public through March 28.

Shikler, who died last year, also painted a portrait of Reagan in a red gown that hangs at the White House.

The White House announced that first lady Michelle Obama will be among those attending the private funeral.

Prior to the funeral, Nancy Reagan will lie in repose for public visitation on Wednesday and Thursday, the foundation said.

After Friday's funeral, she will be buried next to her husband at the library.

Even though the Reagan Library closed after Nancy Reagan's death was announced, mourners congregated outside the building to pay their respects.