Accessibility links
SeaWorld Says Health Of Tilikum The Killer Whale Is Declining : The Two-Way In 2010, Tilikum killed SeaWorld trainer Dawn Brancheau. Her death and SeaWorld's treatment of its orcas were at the center of the 2013 documentary Blackfish.

SeaWorld Says Health Of Tilikum The Killer Whale Is Declining

SeaWorld Says Health Of Tilikum The Killer Whale Is Declining 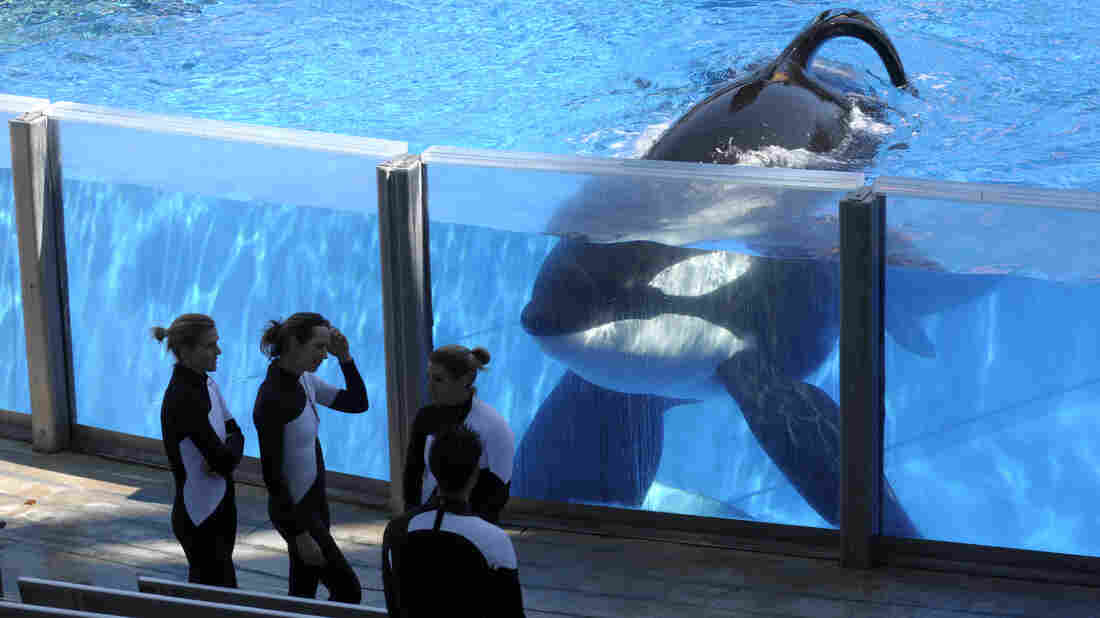 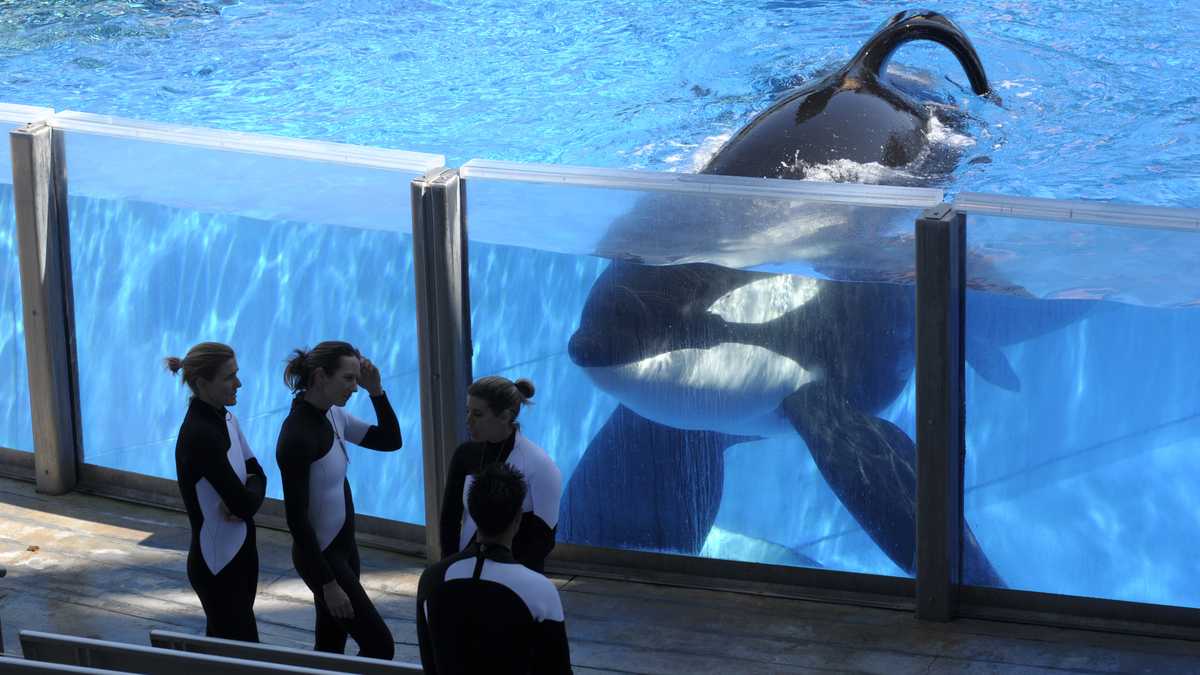 Killer whale Tilikum watches as SeaWorld Orlando trainers take a break during a training session at the theme park's Shamu Stadium in Orlando, Fla., in 2011.

SeaWorld says the health of one of its best-known killer whales is deteriorating. Tilikum is the orca that killed SeaWorld trainer Dawn Brancheau in 2010 — her death and SeaWorld's treatment of its killer whales were at the center of the documentary Blackfish.

On its blog, SeaWorld says Tilikum has become increasingly lethargic in recent weeks. The orca appears to have a bacterial infection in his lungs that is resistant to treatment. Tilikum is one of SeaWorld's most prolific breeders, siring more than 20 calves.

In a video on the blog, SeaWorld veterinarian Scott Gearhart says he is not optimistic about Tilikum's future.

Tilikum has been with SeaWorld for 23 years, having coming from another park, Sealand of the Pacific, which closed in 1992.

Besides Brancheau, the orca has been implicated in the deaths of two other people. A Sealand trainer died in 1991 after falling into a tank holding Tilikum and several other whales and was prevented from surfacing. And in 1999, a man who had remained at SeaWorld after the park closed apparently entered Tilikum's tank, where he was found dead the following morning.

Those deaths were detailed in Blackfish, which galvanized a public campaign opposing shows with captive killer whales. Following the documentary's release in 2013 and its broadcast on CNN, attendance fell at SeaWorld's three parks — in San Diego, San Antonio and Orlando, Fla. The theme park attributed some of the decline to public reaction to the film.

Following Brancheau's death, the U.S. Occupational Safety and Health Administration said trainers would no longer be allowed into the water with orcas unless separated by a barrier. SeaWorld has continued its signature orca shows, though CEO Joel Manby recently said the theme park was planning a new "orca experience" that would show them in a more natural setting.