Accessibility links
Police 'Justified' In Shooting Oregon Militant; DOJ Reviewing FBI Conduct : The Two-Way Local authorities allege that FBI agents failed to disclose as many as two shots they fired at LaVoy Finicum, though neither shot hit him. The shots that killed Finicum were justified, officials say. 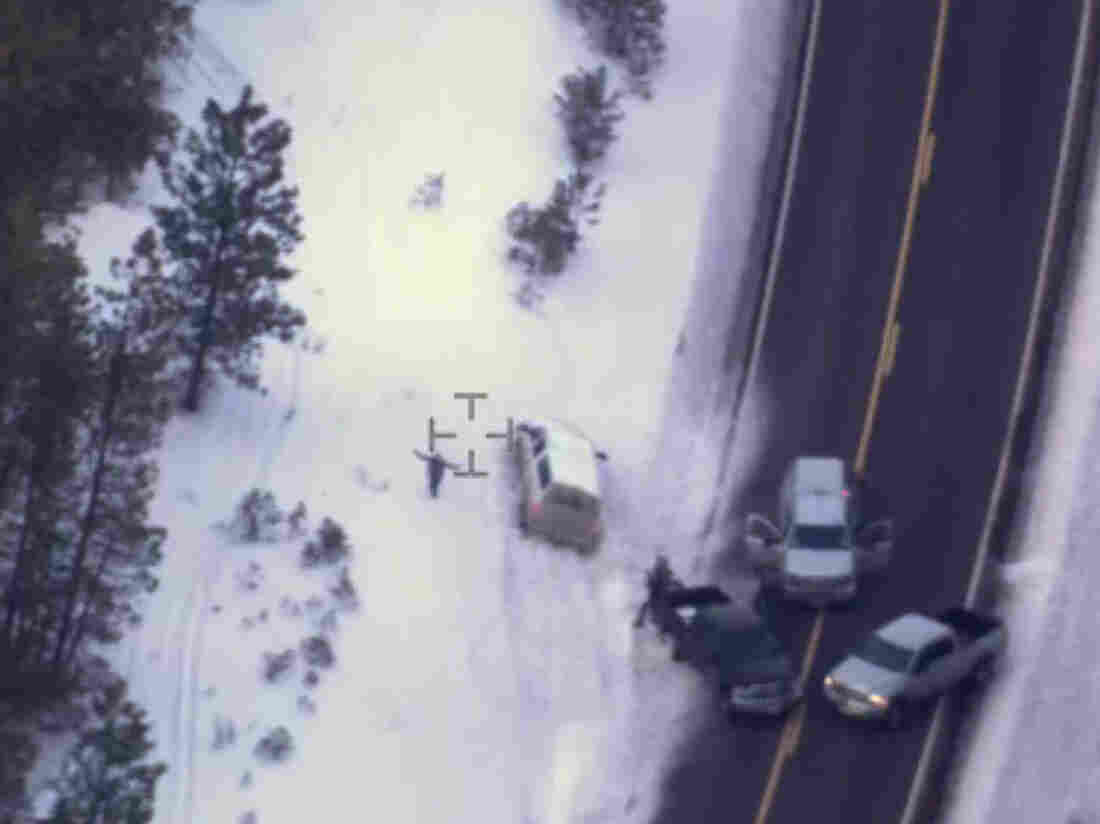 This photo taken from an FBI video shows Robert "LaVoy" Finicum during a confrontation with police on Jan. 26. On Tuesday, authorities said police were justified in killing Finicum. AP hide caption 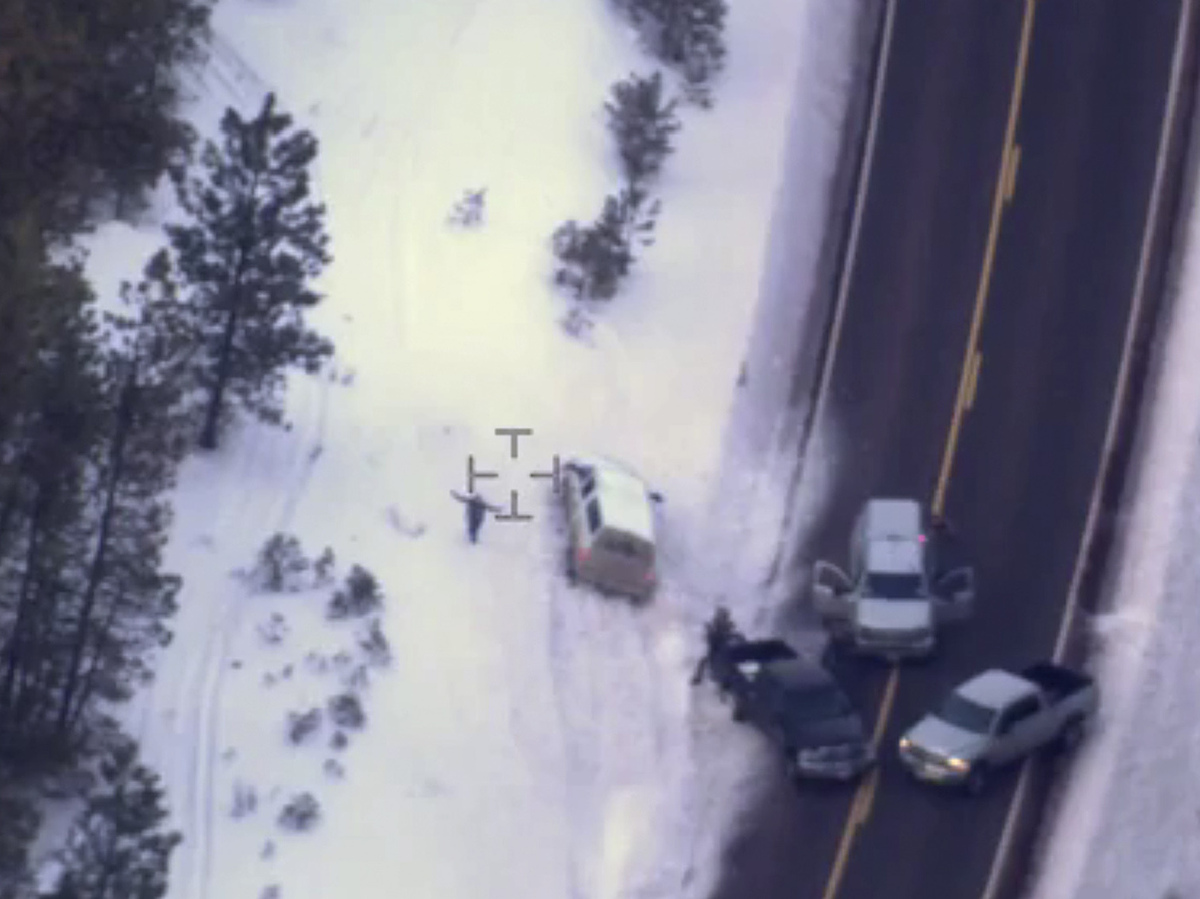 This photo taken from an FBI video shows Robert "LaVoy" Finicum during a confrontation with police on Jan. 26. On Tuesday, authorities said police were justified in killing Finicum.

At a news conference Monday, authorities said Oregon State Police's fatal shooting of one of the occupiers of the Malheur National Wildlife Refuge, Robert "LaVoy" Finicum, was "justified." But now the Department of Justice Office of the Inspector General is investigating possible misconduct by members of the FBI team involved in the operation.

At the news conference, authorities from two Oregon counties who led the local investigation into the shooting alleged that the FBI agents failed to disclose as many as two shots they fired at Finicum, NPR's Kirk Siegler reports. They confirmed that neither of those shots hit Finicum, but the revelation was enough to prompt the federal government to launch an internal review.

"As announced at the news conference in Bend, Oregon today, the Department of Justice Office of Inspector General is investigating the actions of the FBI's Hostage Rescue Team in connection with the shooting in Oregon on January 26, 2016. Under the Inspector General Act, the DOJ OIG has jurisdiction to independently review allegations of FBI misconduct. We look forward to working closely with the U.S. Attorney's Office in Oregon, as well as state and local officials as we review this matter. Because our investigation is ongoing, we will be unable to provide any further information until it is complete. We will publicly disclose our findings at that time."

The shots that killed Finicum were fired by the Oregon State Police, and the investigation into the shooting has found their use of force to be justified. The news conference also shed more light on the events immediately preceding Finicum's shooting. Oregon Public Broadcasting reports:

"[Authorities] say that, despite complaints from occupiers and their supporters that police shot more than 100 times into the truck carrying Finicum and other militants, only eight shots were fired – six from the Oregon State Police and two by members of the FBI hostage rescue team."

Law enforcement used a cellphone video shot by another militant, Shawna Cox — who was in Finicum's truck along with two others at the time of the confrontation — to piece together what happened after a number of the occupiers drove out of Malheur, law enforcement chased down their vehicles, and Finicum left his vehicle.

"You back down or you kill me now, go ahead, put the bullet through me," Finicum said in the video recording, which authorities showed at the press conference.

OPB reports that Finicum can also "be heard repeatedly ignoring commands from law enforcement to surrender." The cellphone video has not yet been released.