Accessibility links
Epic Missouri Filibuster Over Bill Shielding Opponents Of Same-Sex Weddings Ends : The Two-Way The Missouri Senate has given preliminary approval to a proposed state constitutional amendment that would protect groups and people with religious objections to same-sex ceremonies. 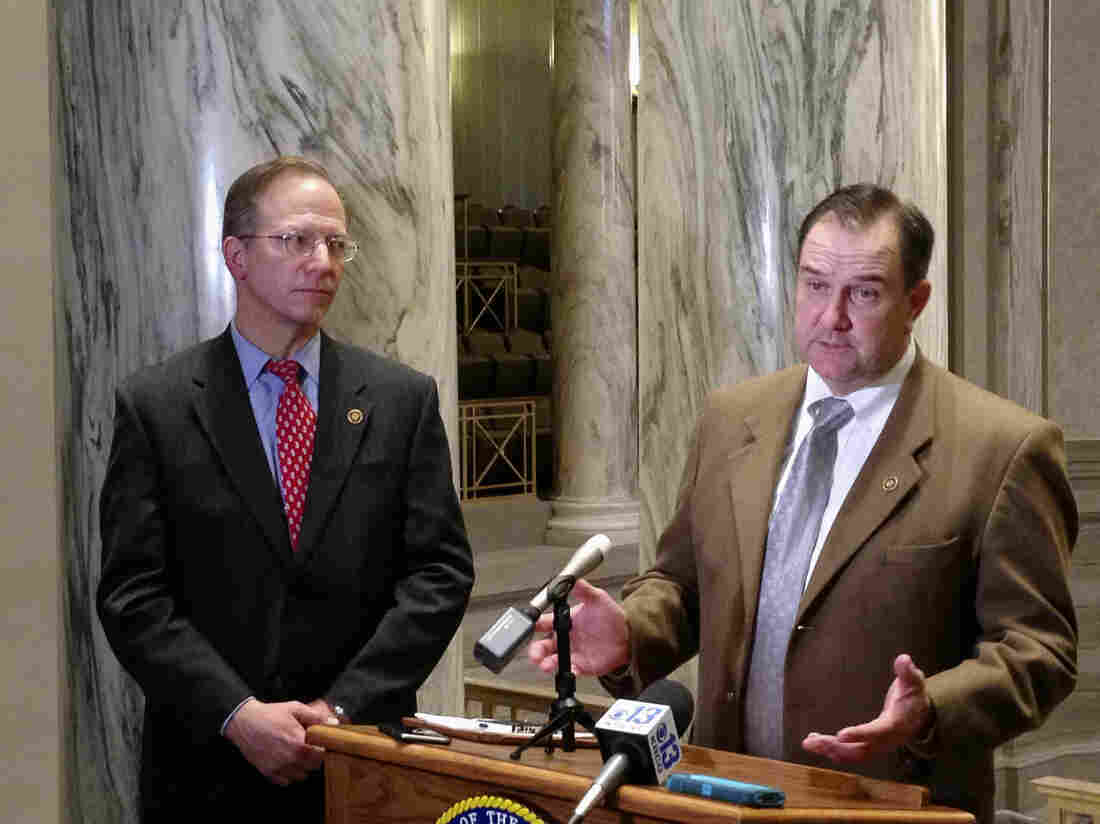 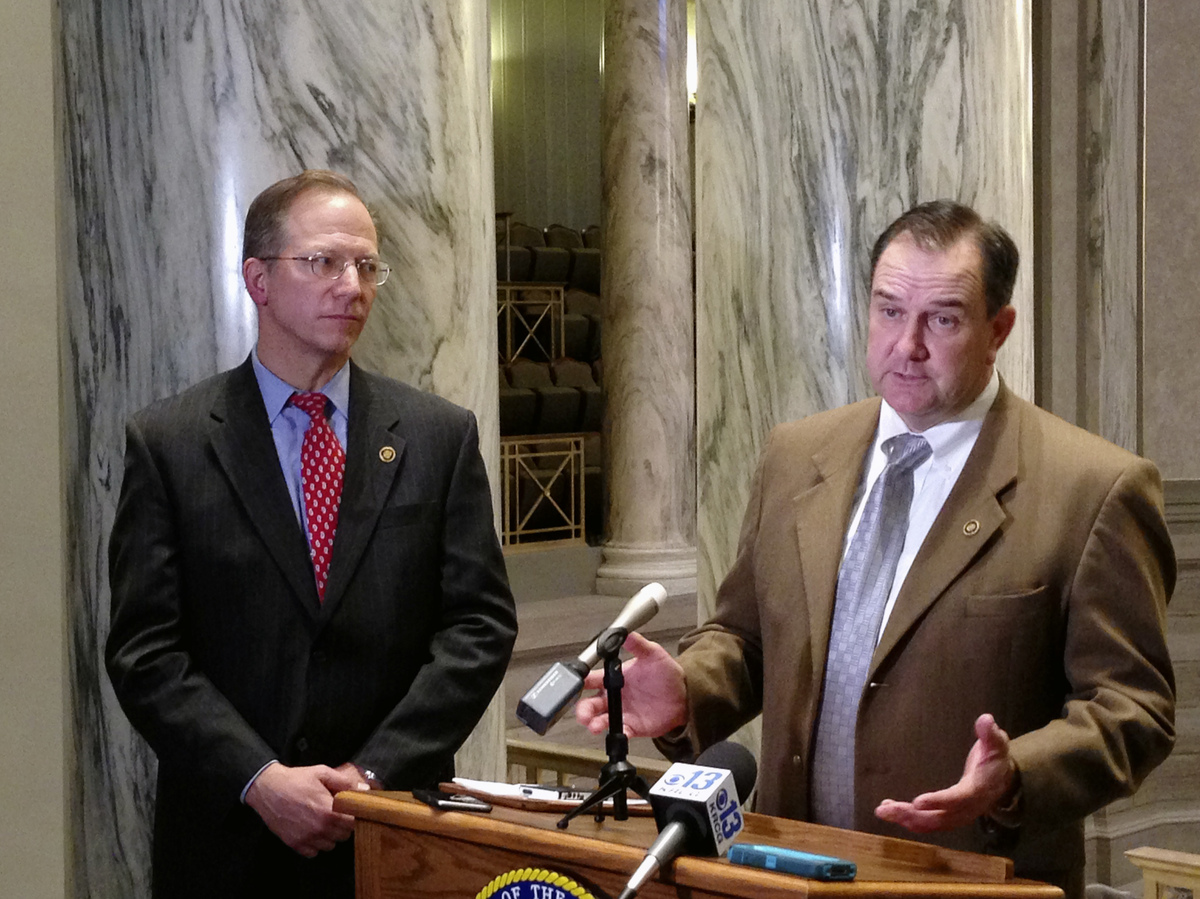 Ending a Democratic filibuster lasting more than 36 hours, the Missouri Senate has given preliminary approval to a controversial bill that shields religious groups and individuals who have religious objections to same-sex weddings.

The proposed state constitutional amendment, introduced by Republican Sen. Bob Onder, would not allow the state to penalize "a religious organization on the basis that the organization believes or acts in accordance with a sincere religious belief concerning marriage between two persons of the same sex."

Similarly, it states that clergy and places of worship would be protected should they decline to host or perform ceremonies and other services for same-sex couples because of their beliefs.

The measure would also shield vendors who refuse to provide services, and individuals who decline "to personally be a participant in a wedding or marriage."

Senate Republicans invoked a little-used parliamentary maneuver to end the debate over the legislation, which began Monday afternoon. Then the Senate "voted 23-9 to give the proposal preliminary approval," the St. Louis Post-Dispatch reports.

Here's how the process will go from here, according to the newspaper:

"Onder's proposal would place the question on the ballot in the form of a constitutional amendment. If passed by voters, Democrats say it would enshrine discrimination against gays into the state constitution."

St. Louis Public Radio says the bill sponsor argues it "would not harm the LGBT community or seek to revoke their right to marry."

During the marathon filibuster, the member station reports, Democrats held the floor with remarks on a range of topics, "including other bills, Donald Trump, slick roads, soft drink ads in foreign countries, and 'Jesus sightings' in foreign objects."