Accessibility links
Aung San Suu Kyi Apologizes For Not Becoming Myanmar's President : The Two-Way The Nobel Peace laureate released a letter Thursday explaining the situation and apologizing for "not fully fulfilling the people's desire" by becoming their president. 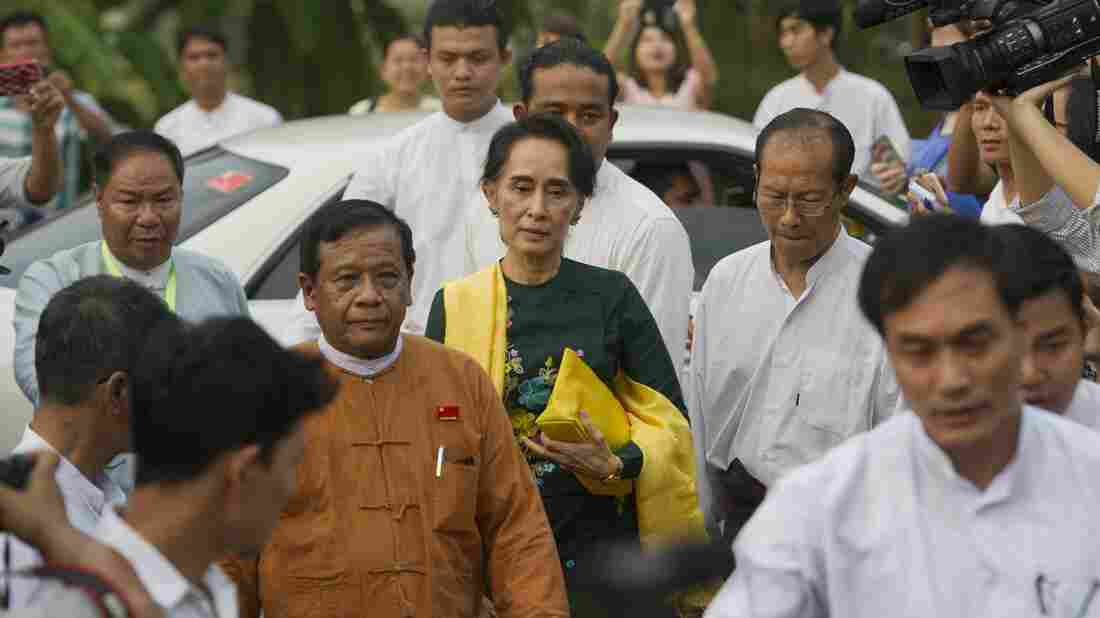 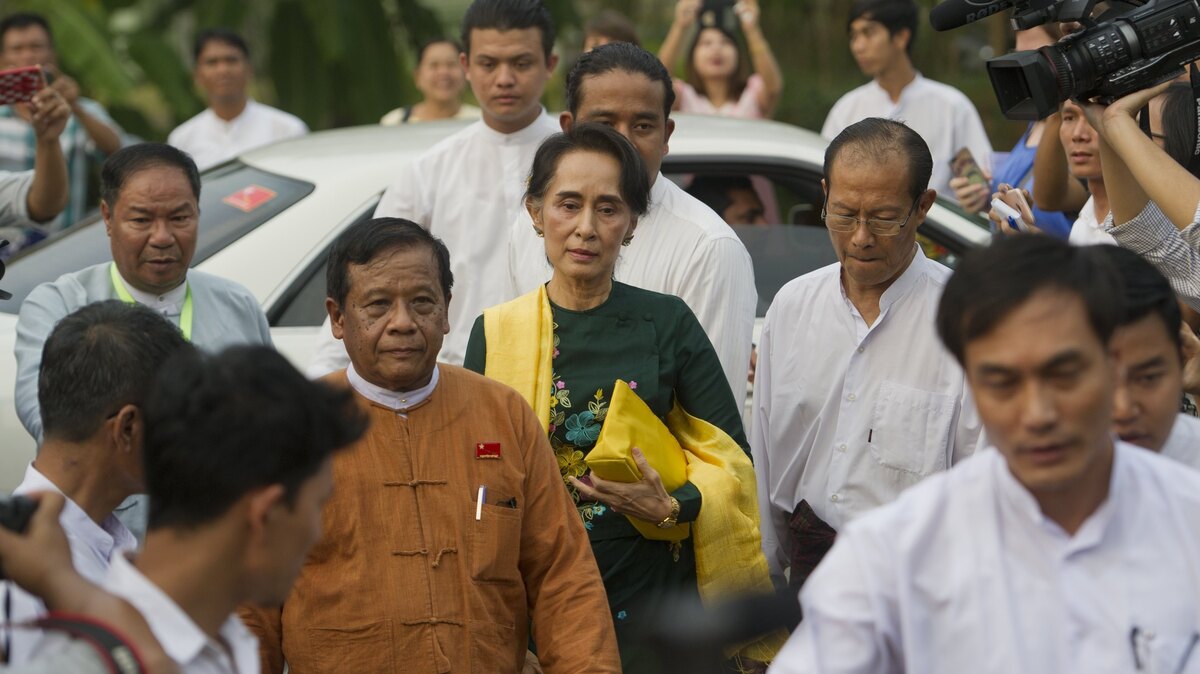 Despite controlling Myanmar's newly sworn-in parliament, the party led by Aung San Suu Kyi can't name her as a presidential candidate because she's ineligible under constitutional rules. Conceding that point Thursday, Suu Kyi wrote an apology to her supporters.

The Nobel Peace laureate released a letter Thursday explaining the situation and apologizing for "not fully fulfilling the people's desire" by becoming their president, according to Voice of America. Suu Kyi also pledged to keep pursuing the post through peaceful means, even as her party, the National League for Democracy, put forth candidates to act as her proxy.

"Suu Kyi met with military leaders several times to try to persuade them to change the country's military-drafted constitution. It bars her from becoming president because her children are foreign citizens. But the generals wouldn't budge.

"Instead, Suu Kyi's party has nominated 70-year-old Htin Kyaw as the front-runner to stand in for her. He's a close ally of hers, an Oxford graduate, and former political prisoner.

"Suu Kyi's party holds a majority in parliament, so when it votes on candidates later this month, Htin Kyaw should be a shoo-in."

In Myanmar's political system, the president is selected by parliament from three candidates who are first nominated to be vice president. (The two losers retain those posts.) An election could come by the end of next week, with the new president assuming office on April 1.

When her party trounced the competition in elections last fall, Suu Kyi said she would be "above the president." She added, "I'll run the government and we'll have a president who will work in accordance with the policies of the NLD."