Accessibility links
Millions Of Voters Are Sending A Message: Our Economic Framework Is Rotten : The Two-Way The Washington consensus on economic policy hasn't changed for decades: Economists and most political leaders say growth is tied to trade, immigration and technology. But now many workers disagree. 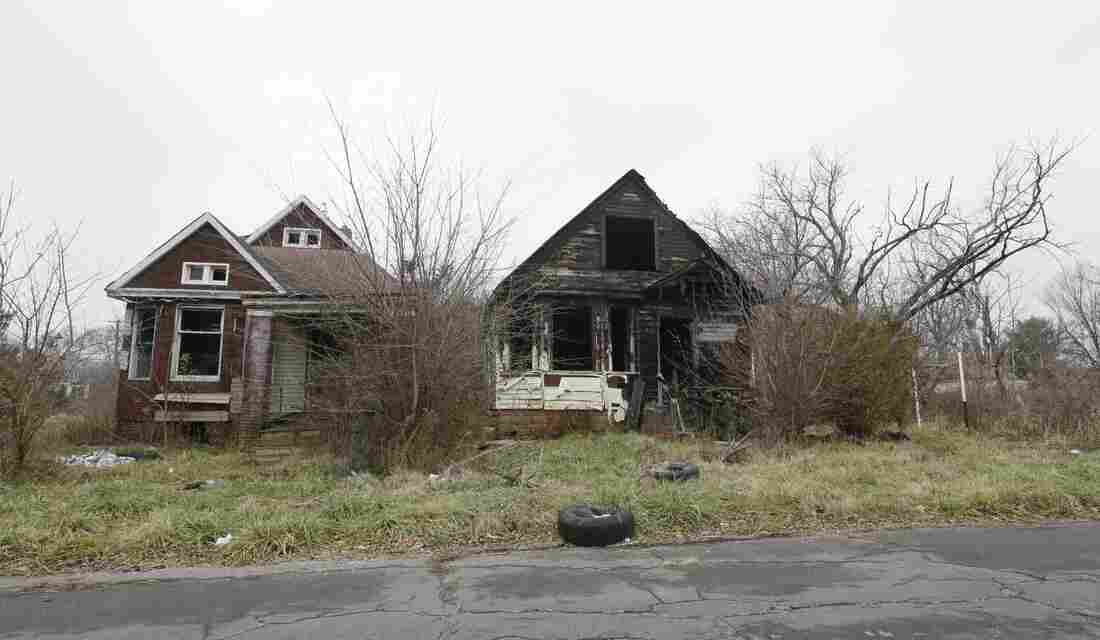 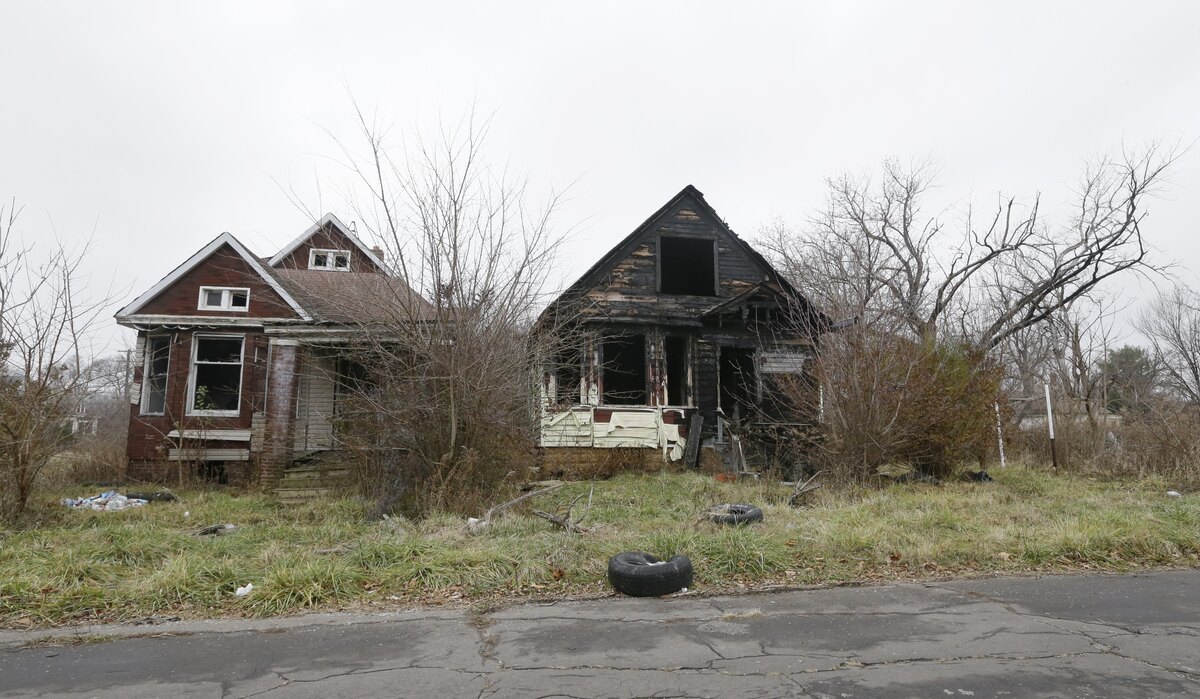 Abandoned homes molder on the east side of Detroit last year.

If you don't hang out with lawmakers, economists and journalists in Washington, you probably think Democrats and Republicans disagree on economic policy.

In Washington, there's actually a broad consensus about economic growth. These ideas have held sway for decades:

Of course, Democrats and Republicans disagree on the details, but the framework has remained solid regardless of who holds power in the White House or Congress.

That's why President Obama, a Democrat, and House Speaker Paul Ryan, a Republican, both support the Trans-Pacific Partnership, a trade deal. It's why Obama says that "generations of immigrants have made this country into what it is," and Ryan says that "immigrants contribute to our economy."

It's why Democrat Nancy Pelosi says that "it is imperative that America continues to lead the world through innovation," and Republican Mitch McConnell says that "the Internet and the rapid adoption of mobile technology have been great American success stories."

Now, Washington's cozy cocoon of ideas is getting a violent shaking from Donald Trump and Bernie Sanders.

Trump, who is running for the Republican presidential nomination, and Sanders who is seeking the Democratic nomination, are very different candidates. One is a billionaire businessman, and the other a democratic socialist.

But each is appealing to voters who believe that Washington's economic framework is rotten. The candidates want to tear it down, and millions of working-class Americans agree.

The people who helped build that framework are taking note.

"While the U.S. economy is performing well, the electorate remains unconvinced, even angry over how the economy has not performed for them, and their anger is stirred by presidential candidates in both parties," Mark Zandi, chief economist at Moody's Analytics, said in a written assessment Thursday.

To understand what's been happening this presidential primary season, consider Michigan, where voters turned out in huge numbers for Sanders and Trump. According to Federal Reserve Bank of St. Louis data, the inflation-adjusted annual median household income in Michigan fell by about $14,000 a year — down to about $52,000 — from 1999 to 2014.

That same time period played out very differently for corporations. From 1999 to 2014, U.S. annual corporate profits after taxes shot up by about 250 percent, to nearly $1.7 trillion.

So, yes, businesses did much better, allowing Washington thought-leaders to, in effect, say: "See, we were right! We promoted the ideas that have kept America's GDP ranked No. 1 in the world, even though China has four times our population."

But outside of Washington, millions of Americans are not living in a Big Picture or a Framework. They are living in houses that have lost value, in cities where they don't trust the water pipes and where companies can suddenly announce they are moving jobs to other countries.

With their support of Sanders and Trump, those workers have made it clear they want a new paradigm. Trump talks about building a wall to stop immigrants; Sanders talks about breaking up big banks. So their solutions are quite different, but the message is the same: No more business as usual.

Many economists say the alternatives would only be worse. They point to Argentina — it was one of the world's richest nations a century ago. Then it fell behind in technological innovation and education, became politically chaotic and declined dramatically.

The only way to improve the lives of average Americans is to encourage them to fit themselves into a technologically advanced, fast-changing, intensely competitive global economy.

But other economists are saying Washington does need to rethink its assumptions.

Andrew Levin is a Dartmouth economics professor who spent many years in Washington as an economist for the Federal Reserve and for the International Monetary Fund.

He said that for decades, economists have been basing their ideas on formulas that showed the free flows of goods, capital and people would maximize wealth.

But these days, many are "recognizing that our models are too simple ... life is more complex," Levin said.

In other words, economists were right to say more trade could boost wealth, but wrong to assume it would help most workers. As wages have stagnated, "confidence in the Washington consensus has very much faded over the past 10 years," Levin said.

So should the Washington consensus change?

Yes, "but you don't want to throw the baby out with the bathwater," Levin warned. For example, he said, it would be a big mistake to shut off all trade or return to an obsolete gold standard.

Instead, he recommends that economic and policy leaders take smaller steps while re-examining the data. For example, they could decide that "trade agreements should ensure that the benefits are shared more evenly with American families," he said.