Accessibility links
Wounded Warrior Project Fires Top 2 Executives After Reports Of Overspending : The Two-Way The charity responds to questions about its overhead costs, such as the $26 million it spent on conventions — including at least one that was held at a luxury resort. 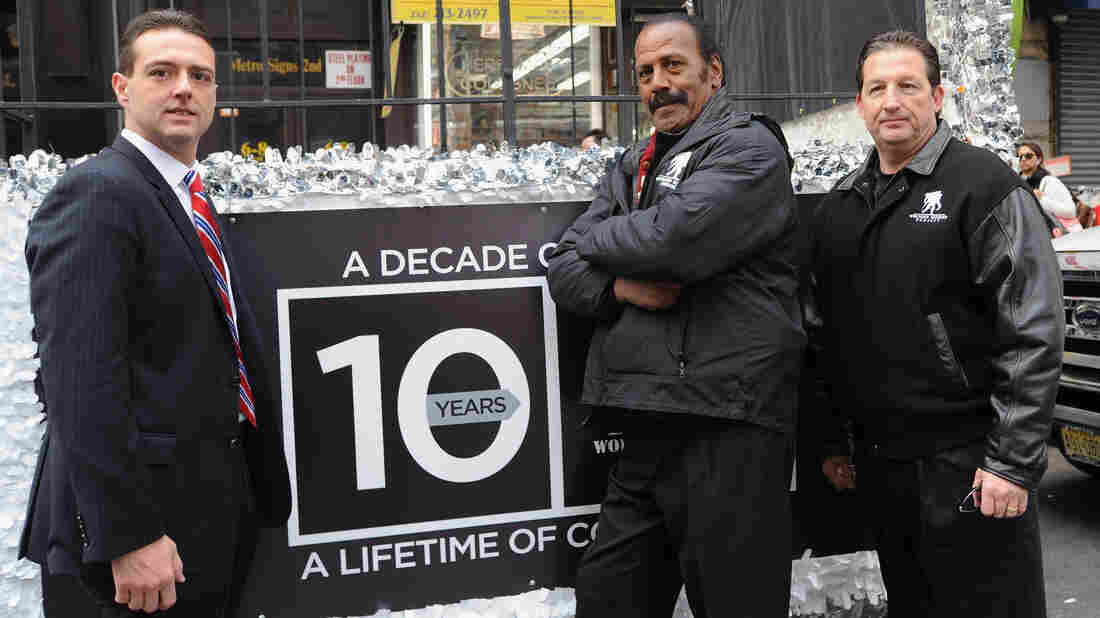 In response to reports of overspending, the Wounded Warrior Project's board of directors fired CEO Steven Nardizzi (left) and Chief Operating Officer Al Giordano (right). They're seen here in a photo from 2013. Bobby Bank/WireImage hide caption 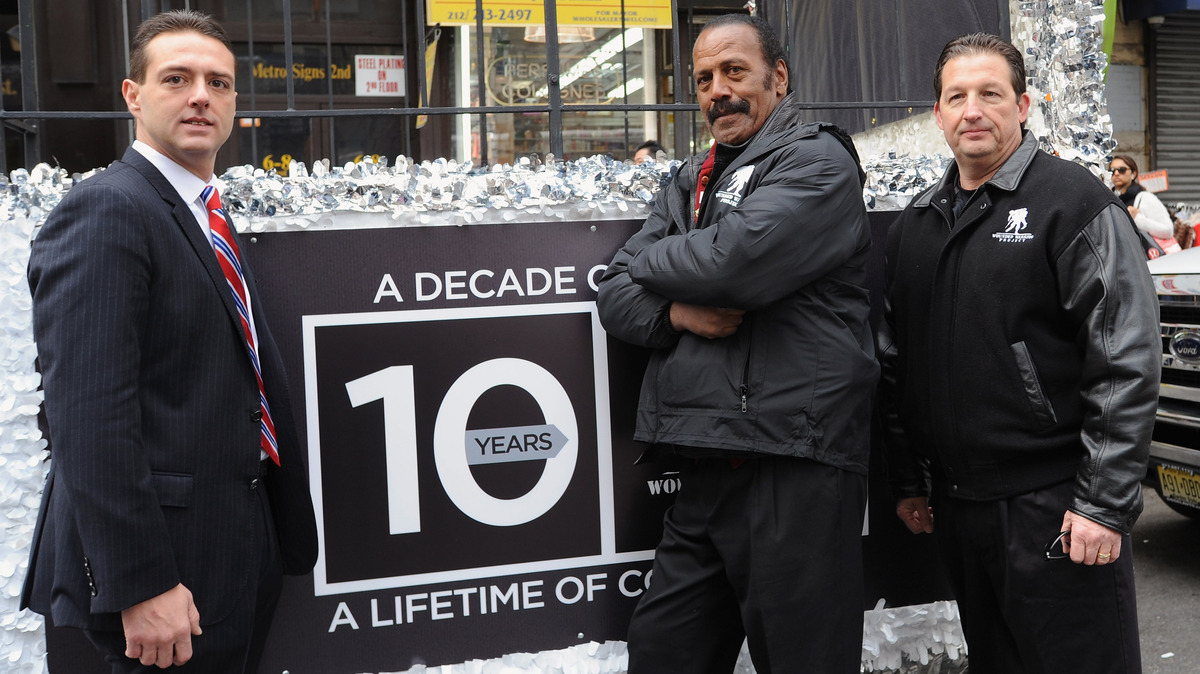 In response to reports of overspending, the Wounded Warrior Project's board of directors fired CEO Steven Nardizzi (left) and Chief Operating Officer Al Giordano (right). They're seen here in a photo from 2013.

After media reports charged massive overspending and waste by the Wounded Warrior Project, the organization's board of directors fired its CEO and chief operation officer Thursday. The charity has received hundreds of millions of dollars in yearly donations.

"CEO Steve Nardizzi and COO Al Giordano are no longer with the organization," the charity announced in a news release that also reported the results of an independent review of its finances — a review that was prompted by a series of CBS News reports that said the Wounded Warrior Project uses some 40 percent of its funds on overhead expenses and pays millions of dollars for staff conferences and meetings in luxurious settings.

This week, the group has been using its Facebook page to defend its fundraising costs and to say that it "has always been an open and transparent organization," citing its most recent IRS filing as proof.

The group's 990 form also reported the salaries of the now-departed executives, with Nardizzi being paid more than $496,000 and Giordano more than $397,000.

"Former employees say spending has skyrocketed since Steven Nardizzi took over as CEO in 2009," CBS News reported. "Many point to the 2014 annual meeting at a luxury resort in Colorado Springs as typical of his style."

The report quoted a former employee saying Nardizzi "rappelled down the side of a building at one of the all hands events. He's come in on a Segway, he's come in on a horse."

CBS also stated that some 500 staff members attended the Colorado conference, with a total cost of around $3 million.

After those reports aired in late January, the Wounded Warriors Project's board of directors said it would retain independent advisers "to conduct a thorough financial and policy review of the concerns."

Summarizing the review's findings Friday, the WWP's board also sought to refute or calibrate some of CBS' claims — saying, for instance, that the gathering at the Broadmoor Resort in Colorado didn't cost $3 million but $970,000, and adding, "such events will be curtailed in the future."

The group also said that it "spends 80.6 percent of donations on programming."

As for the $26 million spent on conferences, the WWP says that its review found "approximately 94 percent (or approximately $24,392,000) was associated with program services delivered to Wounded Warriors and their families."

It did not provide details to substantiate that finding.

While spending rose at the Wounded Warrior Project in recent years, so did the nonprofit's revenue. Data collected by Pro Publica shows that total revenue to the WWP grew from $18.6 million in the financial year ending in 2007 to $342 million in the one ending in 2014.

On the ratings service Charity Navigator, the Wounded Warriors Project earns an overall score of 84.5 out of 100, good for three stars. Breaking down the group's finances, Charity Navigator says that nearly 60 percent is spent on programs and services, with 6 percent going to administrative expenses and 34 percent spent on fundraising.

Revelations about the WWP's spending practices seem to have surprised supporters of the group whose mission is to support severely wounded veterans who served in America's conflicts in Iraq and Afghanistan.

"It's really unfortunate that wounded veterans will really be hurt by the drop-off in donations to come," one man wrote, in what is now the most-liked comment on the group's most recent Facebook posting. "My checkbook is now closed to this organization."

Another commenter in that same thread noted the WWP social media representative's responses and stated: "Stop defending. You've got a lot of housekeeping to do. My suggestion is stop commenting on Facebook and get to work!"