Accessibility links
LA's Famous Mountain Lion Suspected In Koala Killing : The Two-Way A koala in the LA Zoo was mauled to death last week. Zookeepers have named a possible culprit: P-22, a mountain lion living in Griffith Park, was caught on zoo surveillance cameras the night before. 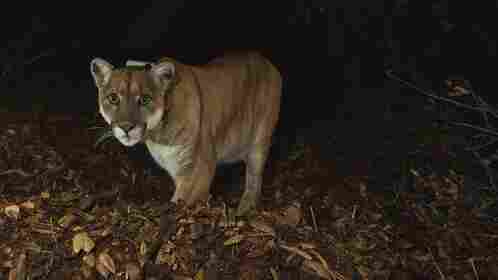 Mountain lion P-22, who dwells in the hills around Los Angeles, has a substantial fan following. 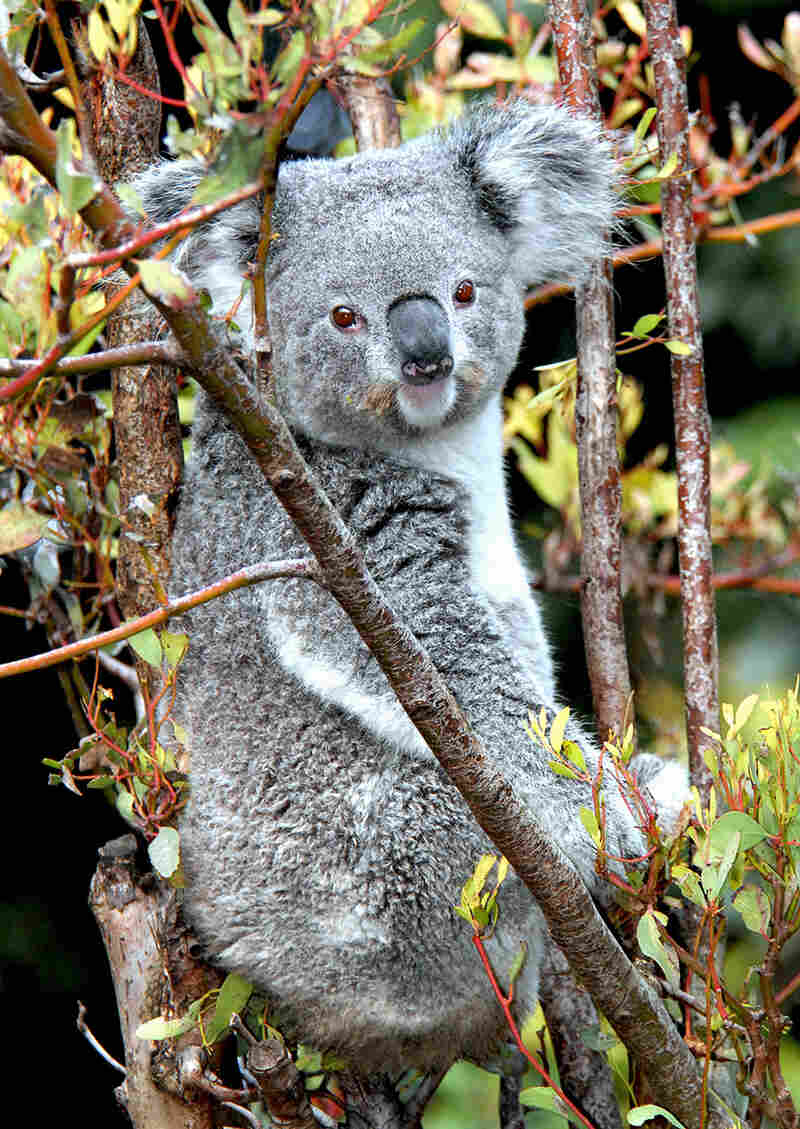 The LA Zoo didn't have a photo of Killarney on file — this is a different koala of theirs — but, you know, it's a good reminder that koalas are pretty cute. LA Zoo hide caption

But then again, so do koalas.

And that might put animal lovers in a bit of a tight spot — because P-22 is the prime suspect in a koala killing.

Staff members immediately set out in search of her, the zoo says — but found only, well, parts.

The zoo can't prove that P-22 did the deed. But they have their suspicions ...

"There is no definite photo or video evidence that P-22, the mountain lion that lives in Griffith Park, was the cause of her disappearance, but the mountain lion was seen on Zoo surveillance footage on grounds the night before she died," the zoo said in a statement. 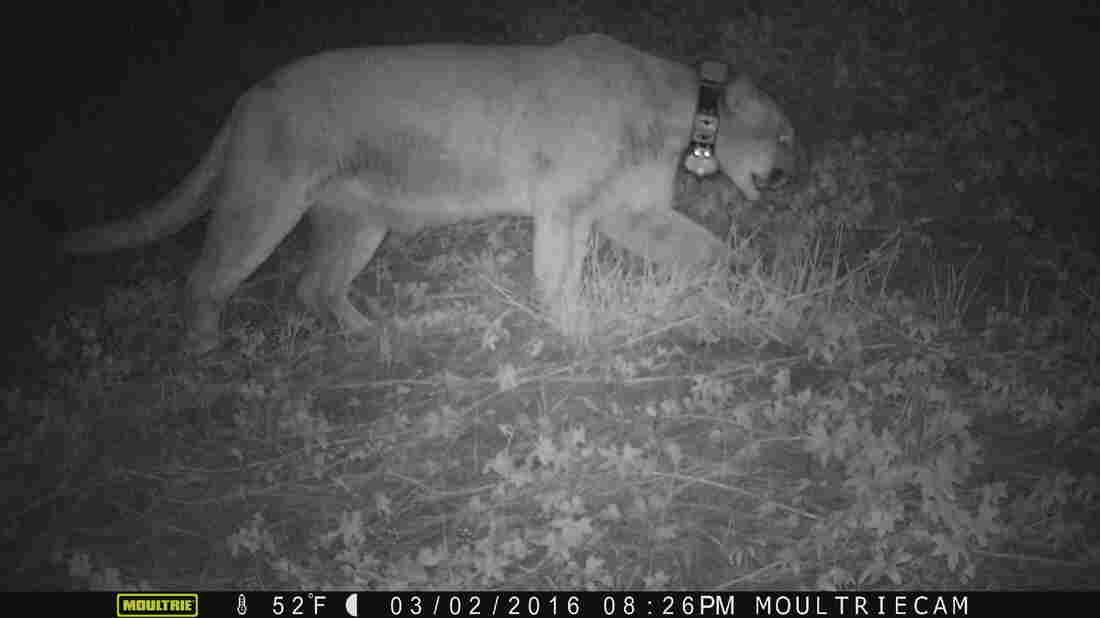 The mountain lion known as P-22 was captured on surveillance cameras in the LA Zoo the night before a koala was discovered dead. LA Zoo hide caption 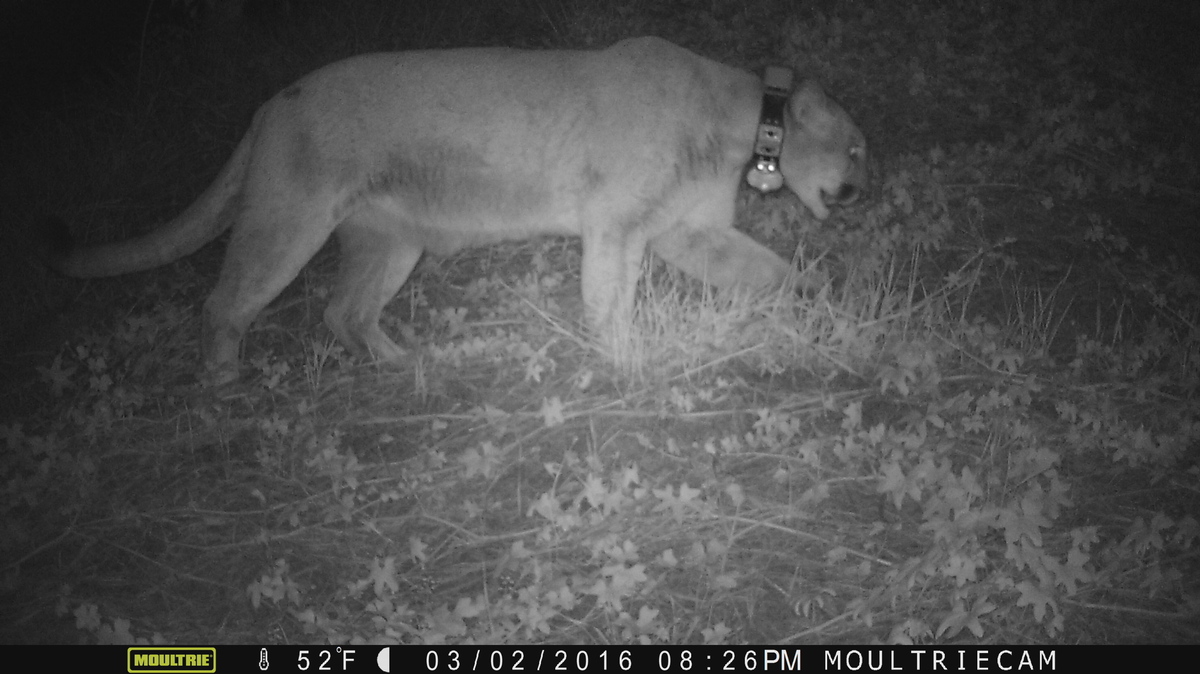 The mountain lion known as P-22 was captured on surveillance cameras in the LA Zoo the night before a koala was discovered dead.

And there was an 8-foot wall around the koala enclosure, Reuters reports, which suggests only a large predator could have jumped in, grabbed a 15-pound koala and jumped out.

The zoo is located on the edge of Griffith Park, P-22's home range. A deputy mayor for city services said in a statement "these types of incidents happen when we have a zoo in such close proximity to one of the largest urban parks in the country," the wire service reports.

The parody account for P-22 has already responded, of course:

I'm not talking, but pfft, pfffftt,

dang that ear fur is hard to get out of one's teeth. https://t.co/eCBovrO0lr

A National Park Service official noted that household pets — and exotic zoo animals — should all be in "safe enclosures" or inside at night, and that P-22 would have been behaving normally if he preyed on a koala.

But one LA city councilman said P-22 ought to be relocated.

For their own safety, the remaining 10 koalas have been transferred indoors, the zoo says.