Accessibility links
Daylight Saving Time: Clocks Spring Forward Tonight, Reviving Debate : The Two-Way Most people in the U.S. — residents of Hawaii, most of Arizona and some territories excluded — will lose an hour tonight. Complaints about it are as regular as, well, clockwork. 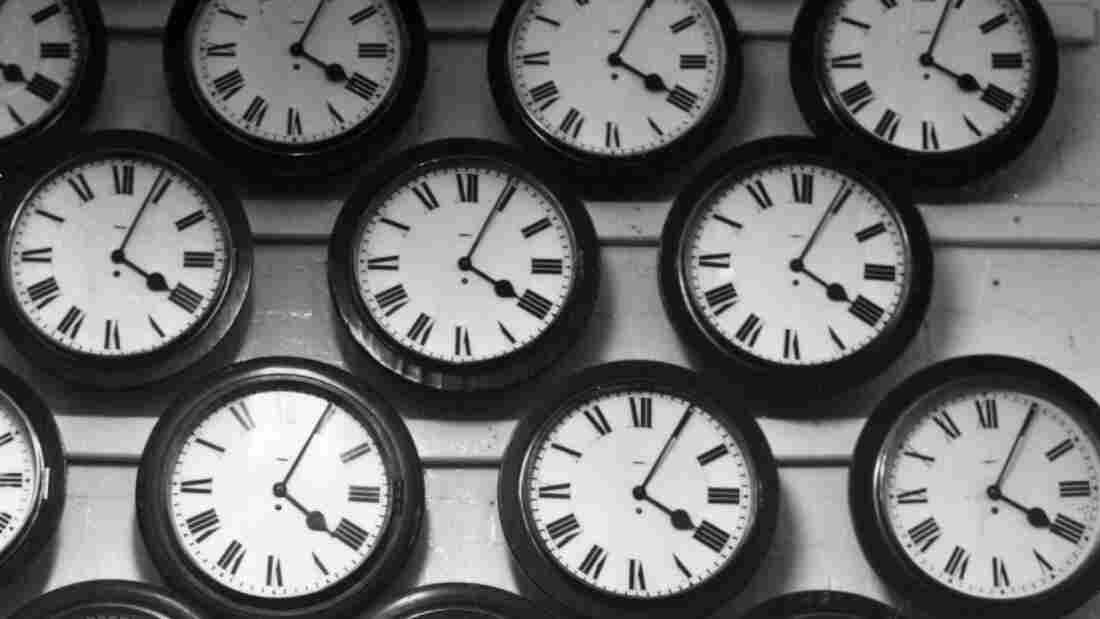 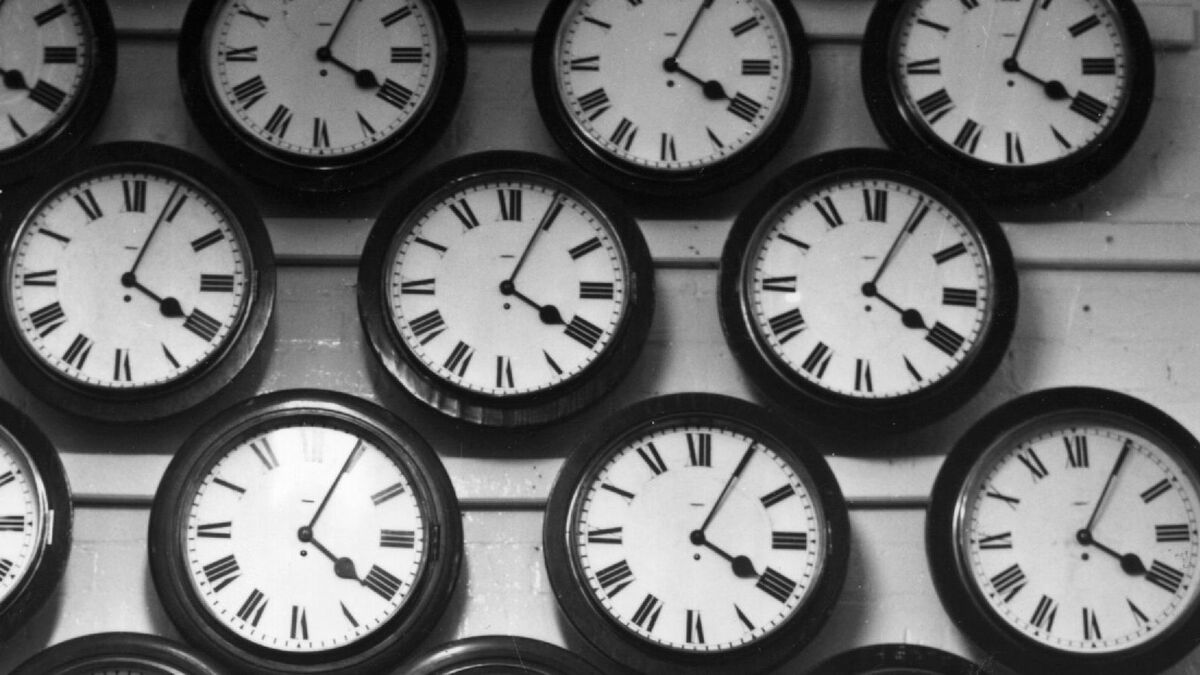 A photo from the '60s shows a collection of clocks used for timing Civil Service exams.

Those of you in Hawaii, most of Arizona, Puerto Rico, the Virgin Islands, American Samoa, Guam and the Northern Marianas, go ahead and feel smug.

Everyone else: prepare to lose an hour tonight, as Daylight Saving Time begins and the clocks shift forward.

Daylight saving time means an extra hour of daylight in the evening, and darkness stretching a little further into the morning. The idea is that it makes daylight hours match up with the hours when people want to be active, and saves on energy use.

Whether daylight saving time achieves any of its aims is hotly disputed.

But it does mess with our circadian clocks — especially springing forward — and it certainly ticks people off.

Complaints about the change are as regular as, well, clockwork.

The Associated Press reported this week that some states are discussing joining the ranks of the daylight saving holdouts — while at least one state legislator is proposing switching over, and never switching back:

"California has a bill that would ask voters to abolish the practice of changing clocks twice a year. Lawmakers in Alaska and nearly a dozen other states are debating similar measures. Some lawmakers in New England want to go even further, seceding from the populous Eastern Time Zone and throwing their lot in with Nova Scotia and Puerto Rico.

" 'Once we spring forward, I don't want to fall back,' said Rhode Island state Rep. Blake Filippi, who hopes the whole region will shift one hour eastward, into the Atlantic Time Zone. 'Pretty much everyone I speak to would rather have it light in the evening than light first thing in the morning,' he said.

"Shifting to Atlantic Time and never changing back would effectively make summertime daylight saving hours permanent, said Filippi, who made a public health case for his bill at a Rhode Island State House hearing this week."

Meanwhile, as more and more of our devices automatically adjust to the time change, there's one manual task to consider: Fire departments across the country are asking residents to check the batteries in their smoke alarms tonight.