Accessibility links
Donald Trump On Rally Violence: 'Don't Accept Responsibility,' Might Pay Legal Bills : The Two-Way On Meet the Press, presidential front-runner Donald Trump said he may pay the legal bills of a supporter who punched a protester in the face. He also said he "doesn't condone violence." 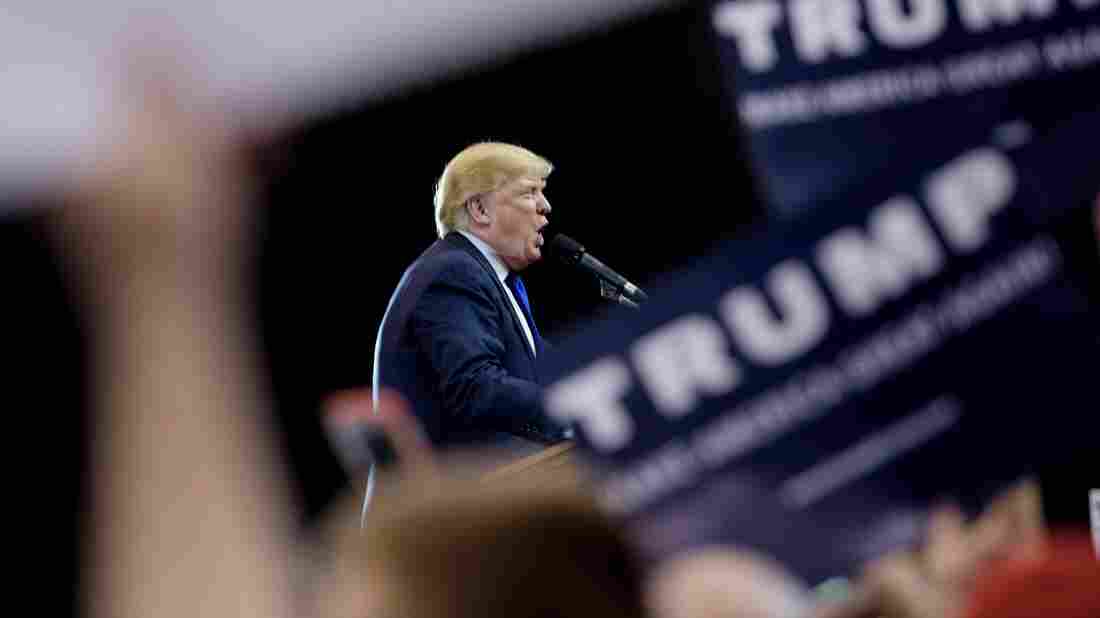 Donald Trump speaks during a rally at the International Exposition Center on Saturday in Cleveland. Brendan Smialowski/AFP/Getty Images hide caption 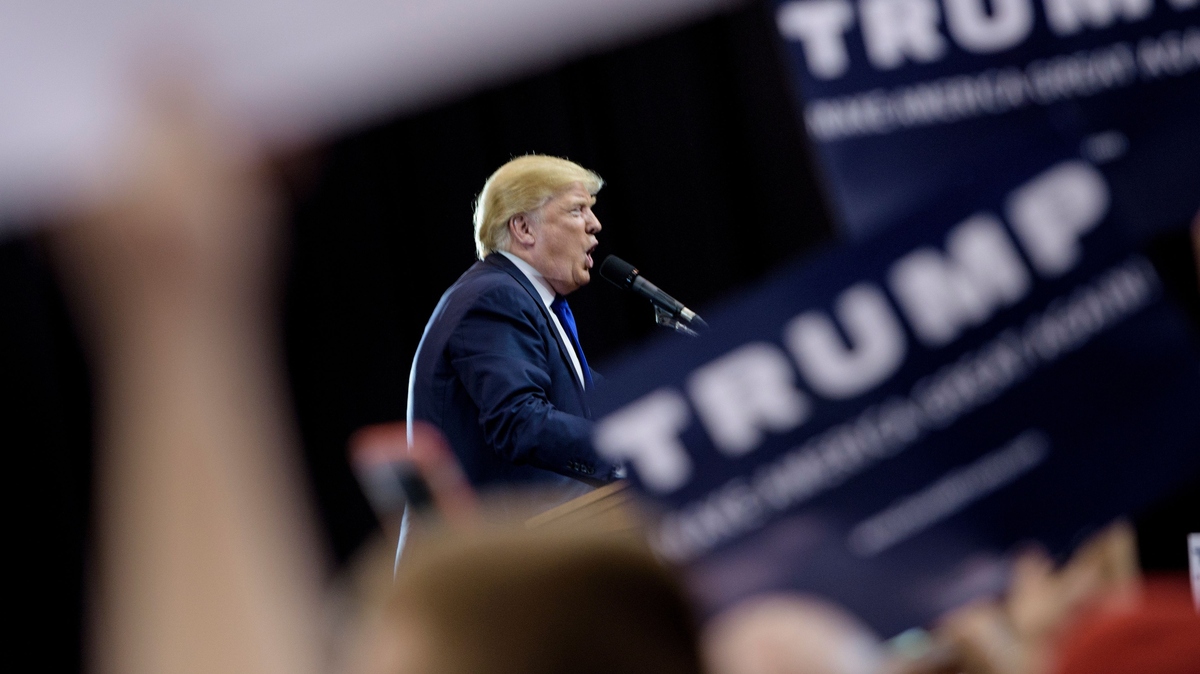 Donald Trump speaks during a rally at the International Exposition Center on Saturday in Cleveland.

He repeatedly said he "doesn't condone violence," while indicating that he might cover the legal fees of a supporter of his who punched a protester in the face.

"I love the old days, you know what they used to do to guys like that when they were in a place like this? They'd be carried out in a stretcher, folks," Trump had said of one protester. Then: "I'd like to punch him in the face, I'll tell you."

After Todd played that clip, Trump said that he did not condone violence, and does not accept responsibility for any atmosphere of violence at his rallies.

At an earlier rally, Trump had said to his supporters: "If you see somebody getting ready to throw a tomato, knock the crap out of them, would you? Seriously. Okay? Just knock the hell — I promise you, I will pay for the legal fees."

Trump told Todd that then, too, he was not condoning violence.

He repeatedly brought up the idea of self-defense.

As an example, explaining why he called on supporters to "knock the crap" out of anyone with tomatoes, he said: "If you get hit in the face with a tomato, let me tell you, with somebody with a strong arm at least, let me tell you, it can be very damaging.

He also said that the young man who was sucker-punched in North Carolina had been "taunting," "loud" and "disruptive," and was holding up his middle finger — "a terrible thing to do."

The man who punched him, Trump said, "got carried away, he was 78 years old, he obviously loves this country, and maybe he doesn't like seeing what's happening to the country."

Trump, who insisted yet again he does not condone violence, had instructed his people to "look into" the possibility of paying the man's legal bills, he said.

You can find the full video — where Trump also says he loves the American flag more than Chuck Todd does, and repeats a hoax about a protester being aligned with ISIS before saying "I only know what's on the internet" — on NBC's website.