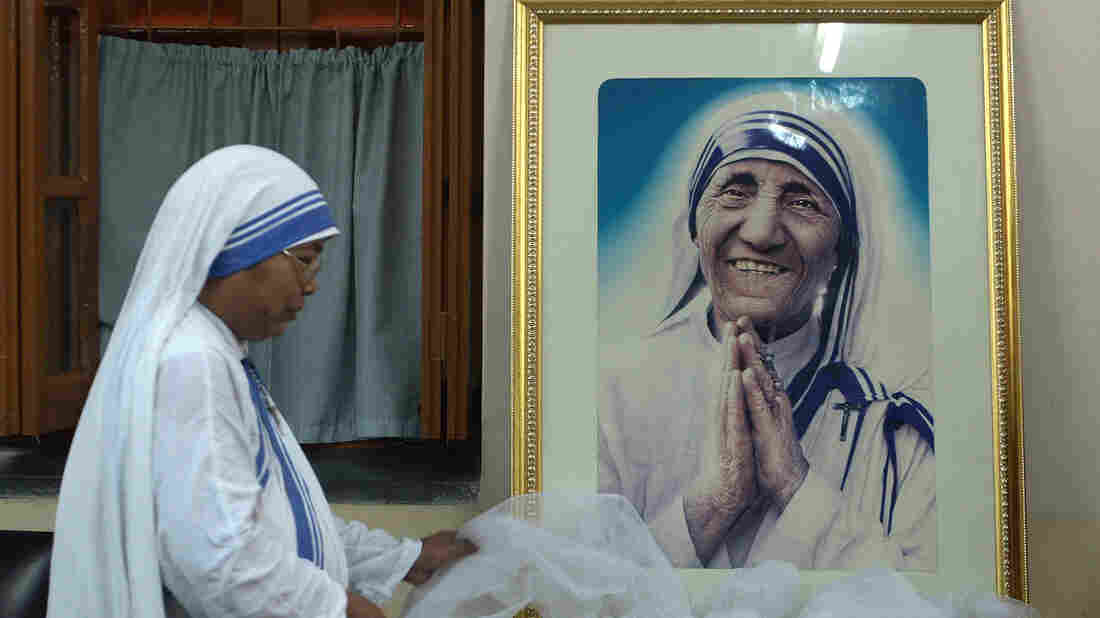 Mother Teresa will be canonized this fall, the Vatican has announced. Here, a nun of the Missionaries of Charity decorates a picture of Mother Teresa before a special prayer service in Kolkata in December. Dibyangshu Sarkar /AFP/Getty Images hide caption 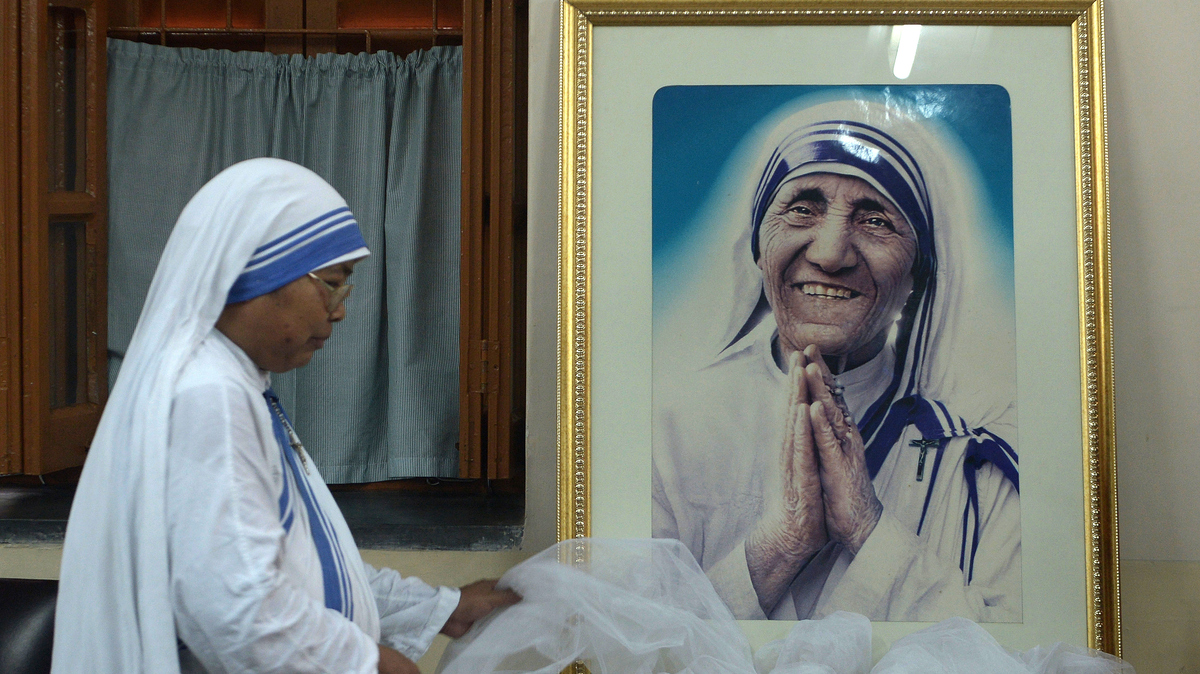 Mother Teresa will be canonized this fall, the Vatican has announced. Here, a nun of the Missionaries of Charity decorates a picture of Mother Teresa before a special prayer service in Kolkata in December.

Making official what was set in motion back in December, Pope Francis has approved the canonization of five new saints, including Mother Teresa. Hundreds of Mother Teresa's followers are expected to visit Rome when she's canonized on Sept. 4.

In addition to Mother Teresa, who was famously a tireless advocate for the poor, Francis approved final canonization plans for four other saints Tuesday. Here are there names, along with the Vatican's brief description of their lives and their canonization date:

Stanisłaus of Jesus and Mary (né Jan Papczynski; 1631-1701) of Poland — "a member of the Piarist Order. After leaving the Piarists, Bd Stanisłaus founded the Marians of the Immaculate Conception." (June 5)

Maria Elizabeth Hesselblad (1870-1957) of Sweden — "a convert from Lutheranism, founded a new branch of Bridgettine sisters, dedicated to working and praying for the unity of Scandinavian Christians with the Church. She will be the first Swedish saint in more than 600 years." (June 5)

José Gabriel del Rosario (1840–1914) — "from Pope Francis' native Argentina, known as the 'gaucho priest.' Like the famous Argentinian cattlemen, he traveled on a mule throughout the vast territory of his parish in order to be close to the members of his flock." (Oct. 16)

José Luis Sánchez del Río (1913–1928) of Mexico — "Blessed José was just fourteen-years-old when he was martyred by the Mexican government during the Cristeros War, after refusing to deny his Faith." (Oct. 16)

As we reported when Francis formally attributed a second miracle to Mother Teresa:

"Mother Teresa has often been described as a citizen of the world. Here's how she once described herself: 'By blood, I am Albanian. By citizenship, an Indian. By faith, I am a Catholic nun. As to my calling, I belong to the world. As to my heart, I belong entirely to the Heart of Jesus.'

"Born Agnes Gonxha Bojaxhiu, Mother Teresa was the third child of an Albanian couple who ran a grocery. Her father died when she was around 8 years old, and when she turned 18, she joined the Irish-based Sisters of Loreto, where she received the name Sister Mary Teresa."