Accessibility links
Ferguson City Council Accepts Consent Decree Worked Out With Justice Department : The Two-Way The city's approval of the deal to overhaul its courts and police comes a month after the council voted not to accept it, which prompted the DOJ to sue the city. 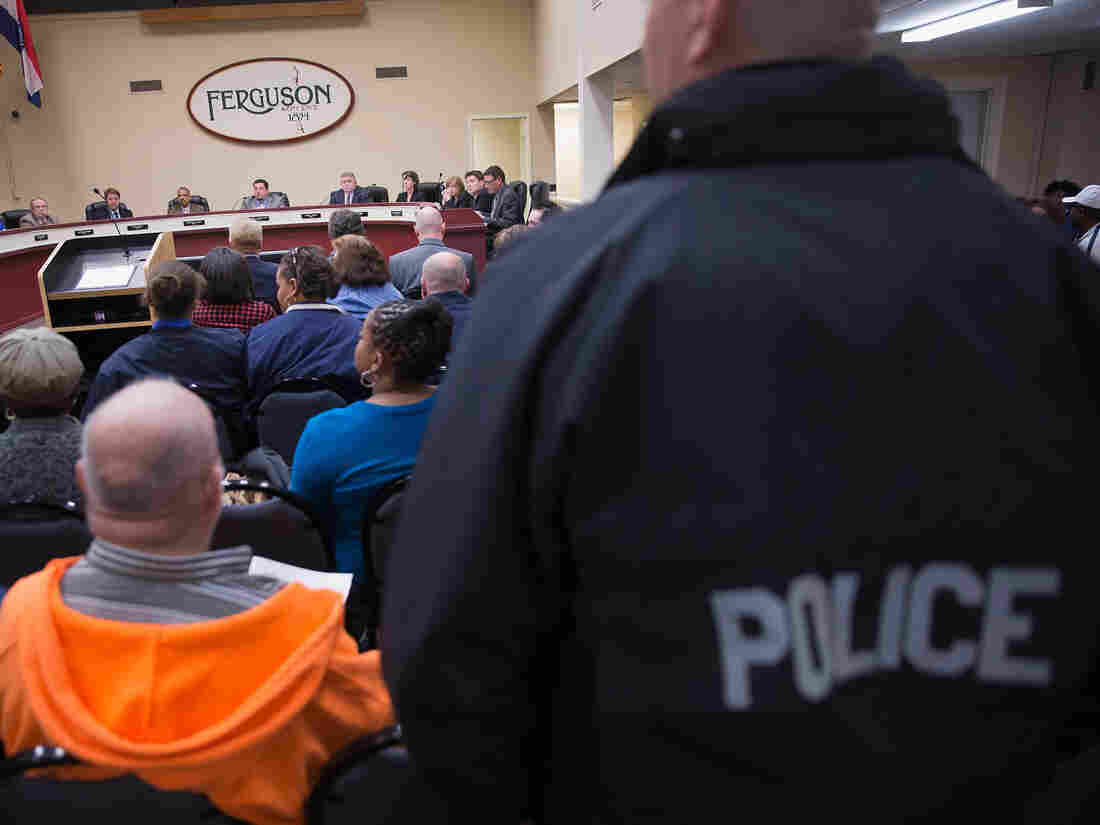 Ferguson City Council's acceptance of the consent decree means the city retains control of the police and courts, but also pays for an independent monitor to ensure the reforms are implemented. Scott Olson/Getty Images hide caption 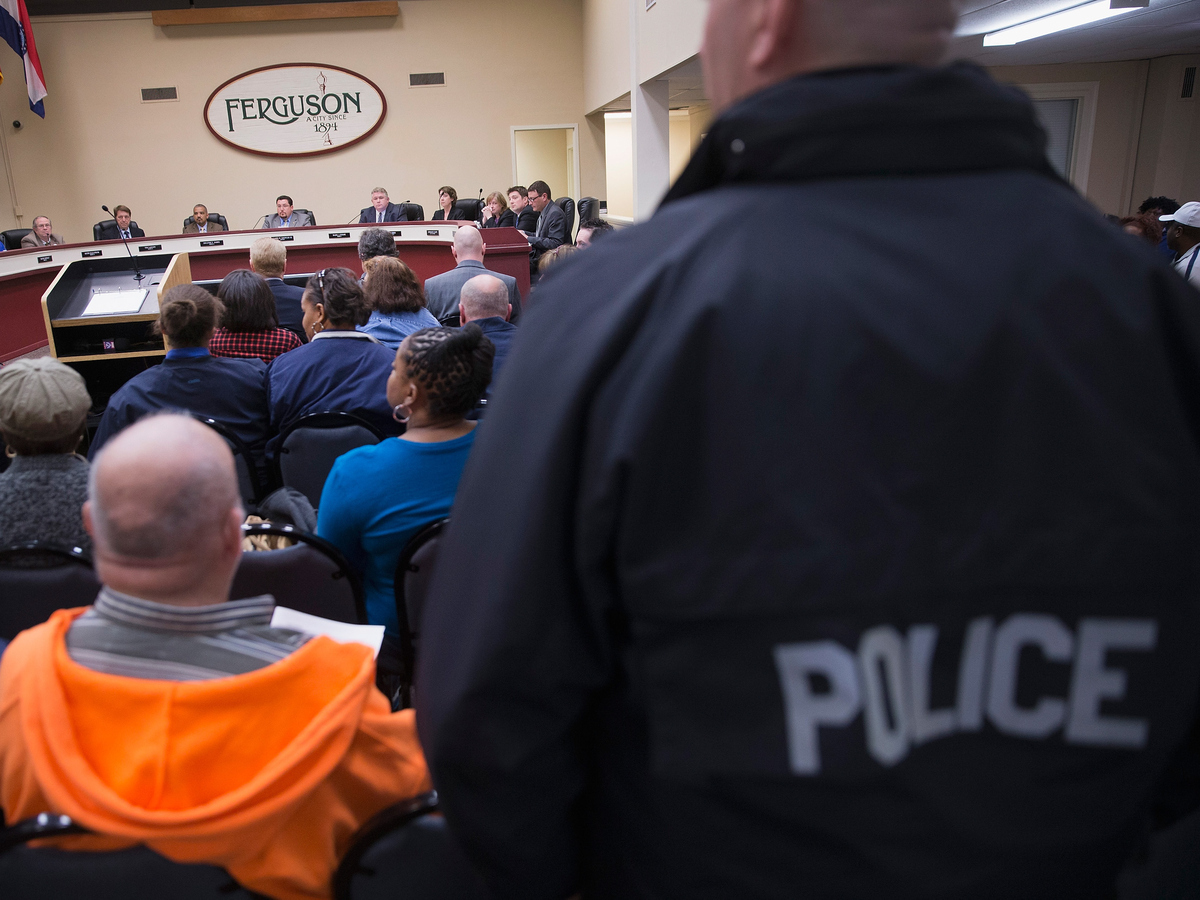 Ferguson City Council's acceptance of the consent decree means the city retains control of the police and courts, but also pays for an independent monitor to ensure the reforms are implemented.

The Ferguson, Mo., City Council has approved a deal with the Justice Department that would overhaul the city's courts and police to protect citizens' rights. The vote comes a month after the council initially refused to accept the plan.

"Tonight, the city of Ferguson, Mo., took an important step towards guaranteeing all of its citizens the protections of our Constitution," said Vanita Gupta, head of the Justice Department's Civil Rights Division. "We are pleased that they have approved the consent decree, a document designed to provide the framework needed to institute constitutional policing in Ferguson, and look forward to filing it in court in the coming days and beginning to work with them toward implementation."

But the St. Louis suburb, where the fatal police shooting of Michael Brown in 2014 helped spark the Black Lives Matter movement, granted its approval reluctantly. Tuesday's unanimous vote in favor of the plan comes after the council first voted not to approve the decree, which had been negotiated extensively between city officials and the Justice Department.

City leaders initially defended the council's decision, with Ferguson Mayor James Knowles insisting that there was no agreement between the city and the DOJ, and in an interview with NPR's All Things Considered, even questioning the DOJ's findings that police violated citizens' civil rights.

Ferguson Mayor: 'There Was No Agreement' With The Justice Department

But the council, which recently appointed a new member who was in favor of approving the plan, made plans to vote again. At the same time, the DOJ lawsuit provided more pressure to approve the measure.

"We are fully prepared to litigate this matter," Gupta wrote in a letter addressed to city leaders on March 9. "Should the city wish to avoid the litigation process we submit that the alternative is to sign the agreement as negotiated."

Tuesday's approval of the consent decree without changes is expected to resolve the lawsuit, the St. Louis Post-Dispatch reports. The newspaper adds:

"Cheers erupted after the council cast the vote to accept the 131-page decree agreement puts stipulations on its police and court. It was prompted by an investigation of the city that last year resulted in a report detailing numerous constitutional violations."

As the Two-Way previously reported, the the 127-page agreement creates guidelines for training police officers and "[reorienting] Ferguson's use-of-force policies toward de-escalation and avoiding force." The agreement also requires police body cameras, an overhaul of the municipal court system, and a pay increase for police officers.