Accessibility links
North Korea Sentences American Student Otto Warmbier To 15 Years Of Prison, Hard Labor : The Two-Way Otto Warmbier, a 21-year-old University of Virginia student, had attempted to steal a propaganda sign from his Pyongyang hotel. He was convicted of subversion. The White House called for his release. 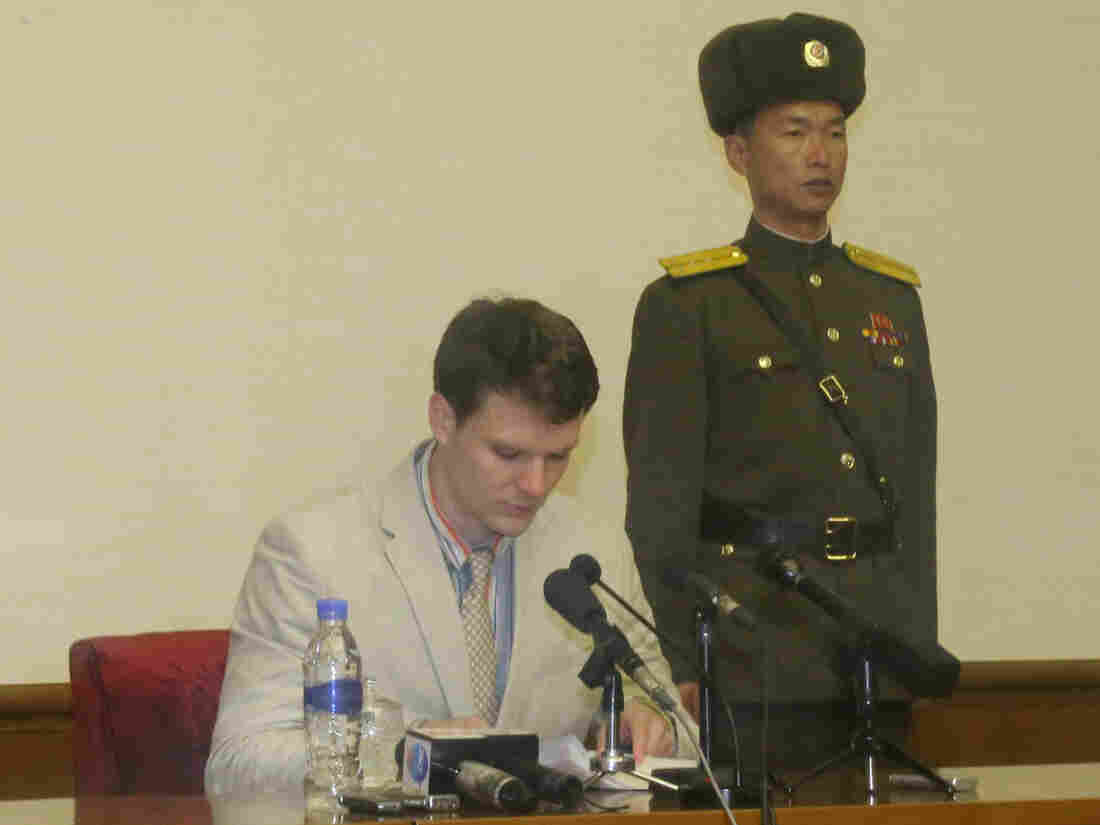 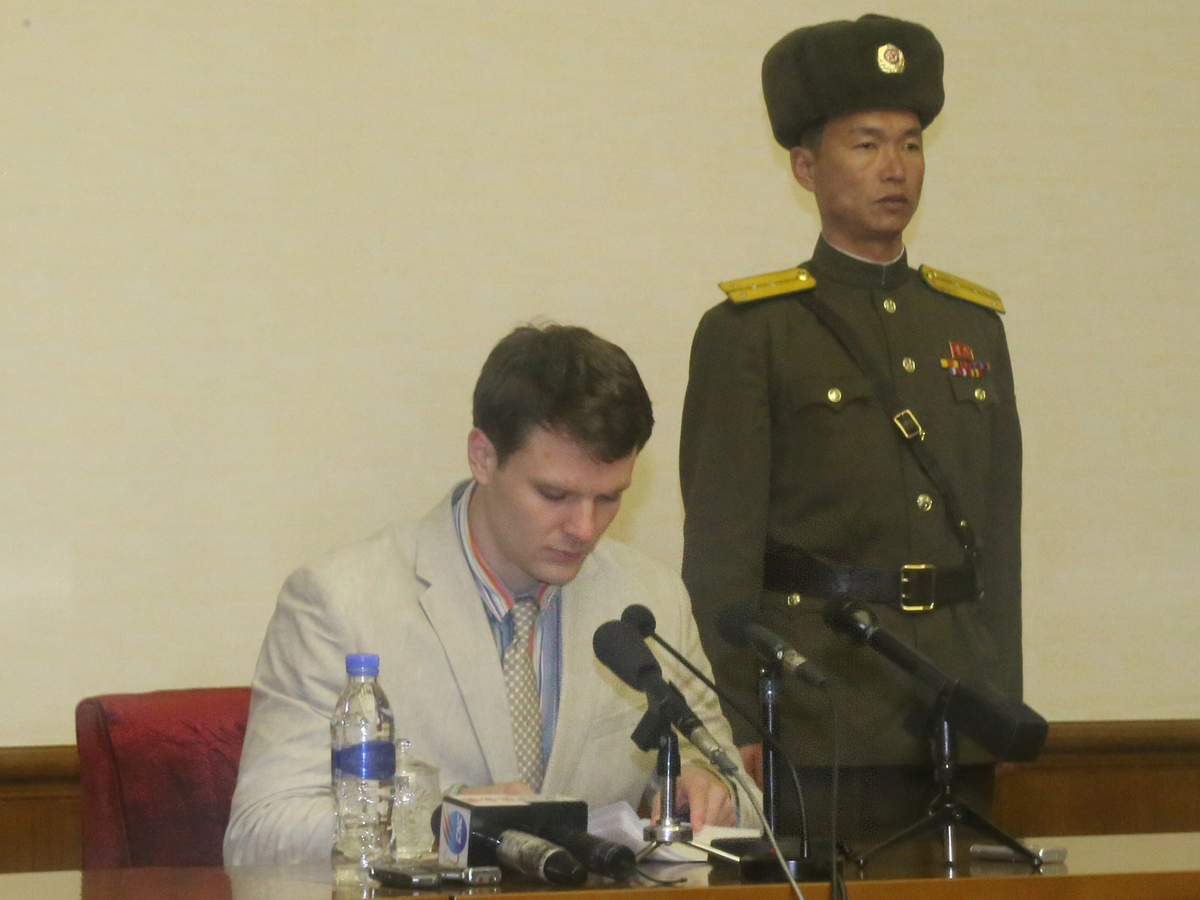 Otto Frederick Warmbier, a 21-year-old American student, speaks during a news conference in Pyongyang on Feb. 29.

What started out as a budget tour to Pyongyang, North Korea's capital, has stretched into an extended stay for 21-year-old University of Virginia student Otto Warmbier. State media reported Wednesday that North Korea's highest court convicted Warmbier of subversion and sentenced him to 15 years of prison and hard labor.

The offense? According to an apparent confession, Warmbier tried to steal a propaganda poster from his hotel.

"North Korea's sentencing of Otto Warmbier to 15 years' hard labor for a college-style prank is outrageous and shocking," said Phil Robertson, deputy Asia director for Human Rights Watch, in a statement. "Pyongyang should recognize this student's self-admitted mistake as a misdemeanor offense that it would be in most countries, release him on humanitarian grounds and send him home."

North Korea Claims It Has U.S. Student In Custody

The White House has also called on North Korea to release Warmbier immediately, urging the country to grant him special amnesty.

Press Secretary Josh Earnest said Wednesday that the allegations against Warmbier "would not give rise to arrest or imprisonment in the United States or in just about any other country in the world."

Earnest also said, "It is increasingly clear that the North Korean government seeks to use these U.S. citizens as pawns to pursue a political agenda."

Warmbier was detained in early January while attempting to depart Pyongyang Sunan International Airport. North Korea did not make his detention public until February, as the United States was taking the lead in pushing for tough sanctions following the North's fourth nuclear test and long-range rocket launch.

It was unclear for several weeks following his detention what got Warmbier in trouble in North Korea. But on Feb. 29, the Ohio native was paraded in front of cameras and diplomats in Pyongyang, where he read a confession and public apology.

On camera, Warmbier said he stole the propaganda poster on behalf of a member of the Friendship United Methodist Church in Wyoming, Ohio, who wanted it "as a trophy." In exchange, he would receive a used car worth $10,000.

Video also showed Warmbier pleading for his release and breaking down in tears, calling the incident "the worst mistake of my life."

Previous American detainees have recanted their confessions following their release, saying they were made under duress and detailing how North Korean officials carefully orchestrate the events.

Warmbier is one of three North Americans known to be detained in North Korea. The U.S. has no embassy in Pyongyang, and its interests are represented by Sweden. The U.S. Embassy in Seoul directed questions about the incident to Washington.