Accessibility links
Voters Unseat Prosecutors Criticized For Laquan McDonald And Tamir Rice Probes : The Two-Way The top prosecutors in Cuyahoga County, Ohio, and Cook County, Ill., were voted out in primaries Tuesday. Both have been under fire for their handling of fatal shootings by police. 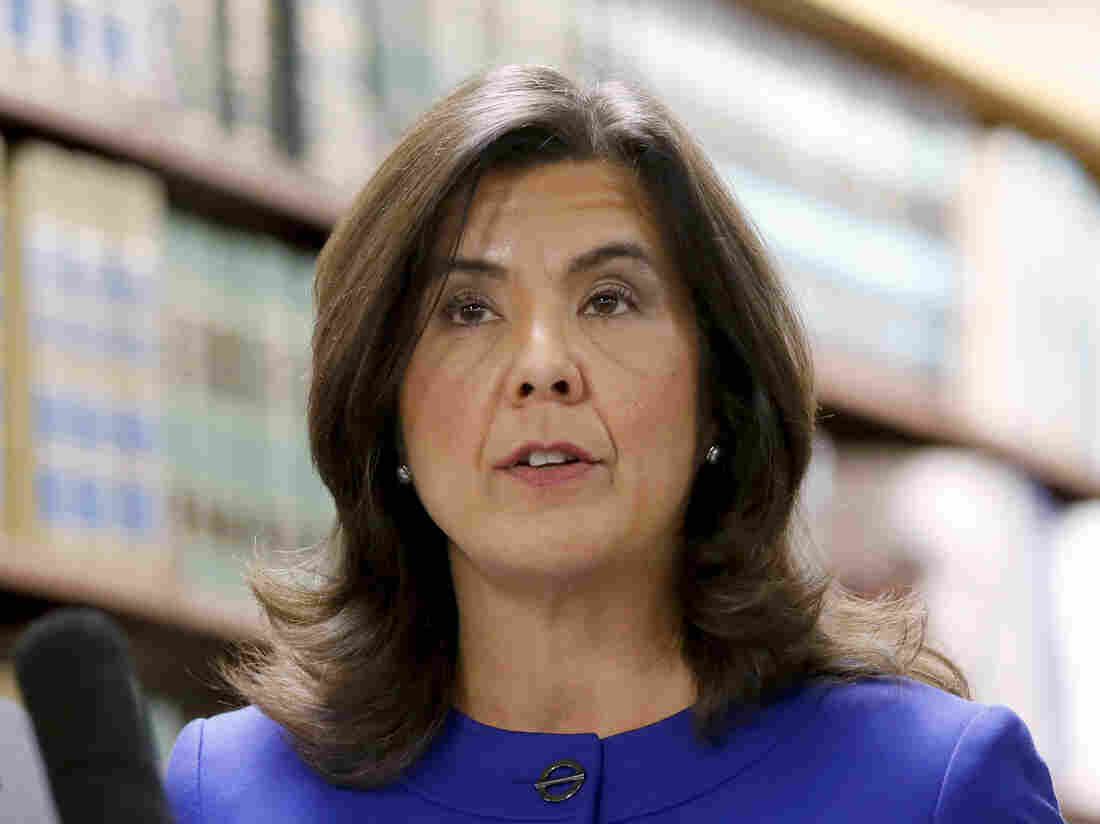 Cook County State's Attorney Anita Alvarez was defeated by Kim Foxx in the Democratic primary on Tuesday. Alvarez had been criticized for the investigation into the shooting of Laquan McDonald by a police officer. Charles Rex Arbogast/AP hide caption 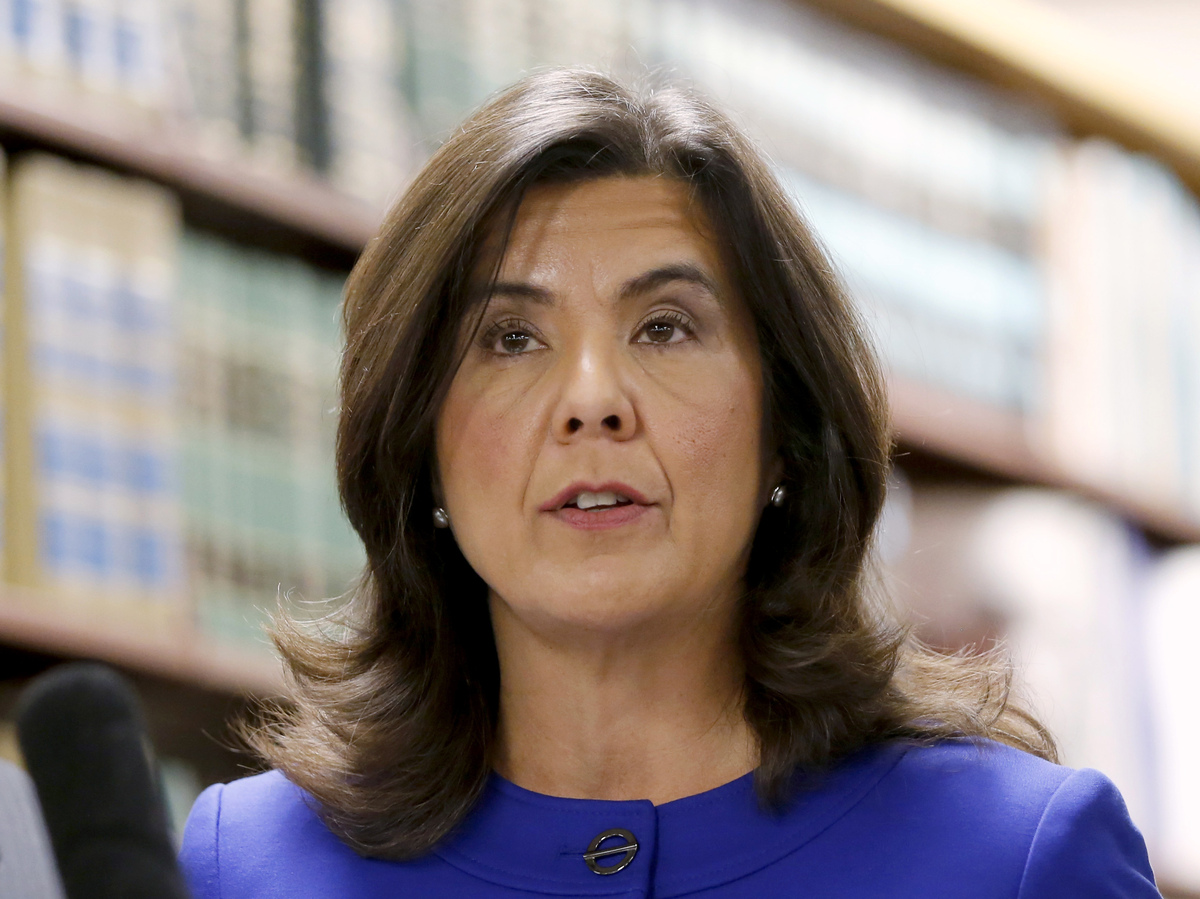 Cook County State's Attorney Anita Alvarez was defeated by Kim Foxx in the Democratic primary on Tuesday. Alvarez had been criticized for the investigation into the shooting of Laquan McDonald by a police officer.

Voters unseated the top prosecutors in Cuyahoga County, Ohio, and Cook County, Ill., in Democratic primary races on Tuesday. Both have been under fire for their handling of fatal shootings by police.

Two-term Cook County State's Attorney Anita Alvarez faced criticism for the amount of time it took her to indict the white officer who shot black teenager Laquan McDonald 16 times. As the Associated Press reports, Alvarez "explained the yearlong investigation by calling it complex and meticulous."

Cuyahoga County Prosecutor Timothy McGinty provoked anger over his investigation into the fatal shooting of 12-year-old Tamir Rice in Nov. 2014. As we reported, a grand jury declined to bring charges against the two Cleveland police officers involved.

"Simply put, given this perfect storm of human error, mistakes and miscommunications by all involved that day, the evidence did not indicate criminal conduct by police," McGinty told reporters as he made the announcement in December 2015.

In Cook County, Democratic Party leadership did not initially side with any candidate, according to the Chicago Tribune. However:

"That changed after a Cook County judge forced the city of Chicago to release a dash-cam video of Chicago police Officer Jason Van Dyke shooting the 17-year-old McDonald 16 times. Alvarez indicted Van Dyke just hours before the video was released, and she instantly became the target of criticism from protesters and others who said she acted too slowly in indicting the officer because her office had the video for more than a year before it was released."

The opponents of Alvarez and McGinty both focused on the controversial cases during their campaigns.

Kim Foxx, who beat Alvarez in the primary, discussed the Laquan McDonald case on the campaign trail "to underscore her argument that change was needed at the top of the state's attorney's office," the Tribune reports.

Likewise, Michael O'Malley, who defeated McGinty, "criticized McGinty for recommending that the grand jury not indict the officers in the Tamir case," Cleveland.com reported. However:

"O'Malley repeatedly refused to say whether he thought the officers had broken the law. He said only that he would have made no recommendation to the grand jury and would not have sought outside opinions by use-of-force experts on whether the officers' actions were reasonable given the circumstances."