Accessibility links
Academy's Apology For Asian Jokes At Oscars Falls Flat : The Two-Way Prompted by a letter signed by more than 20 academy members of Asian descent, the academy apologized Tuesday for offensive jokes about Asians during the awards ceremony, but for some it came up short. 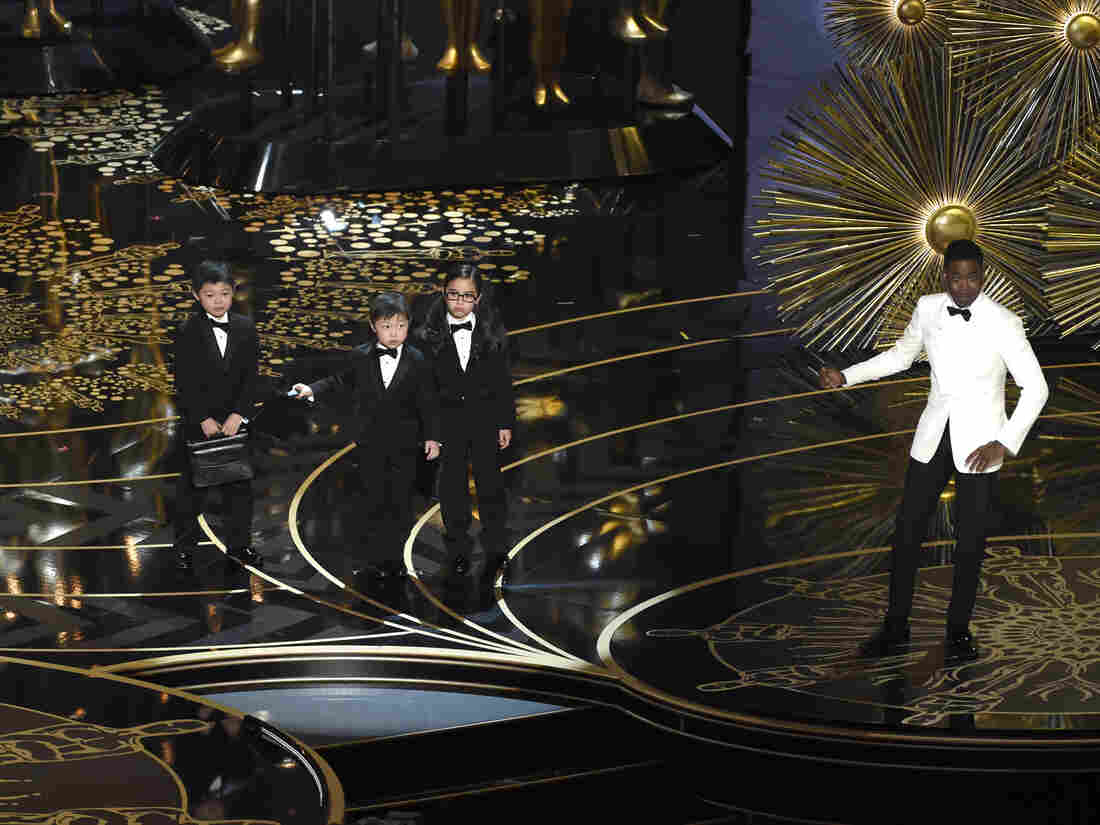 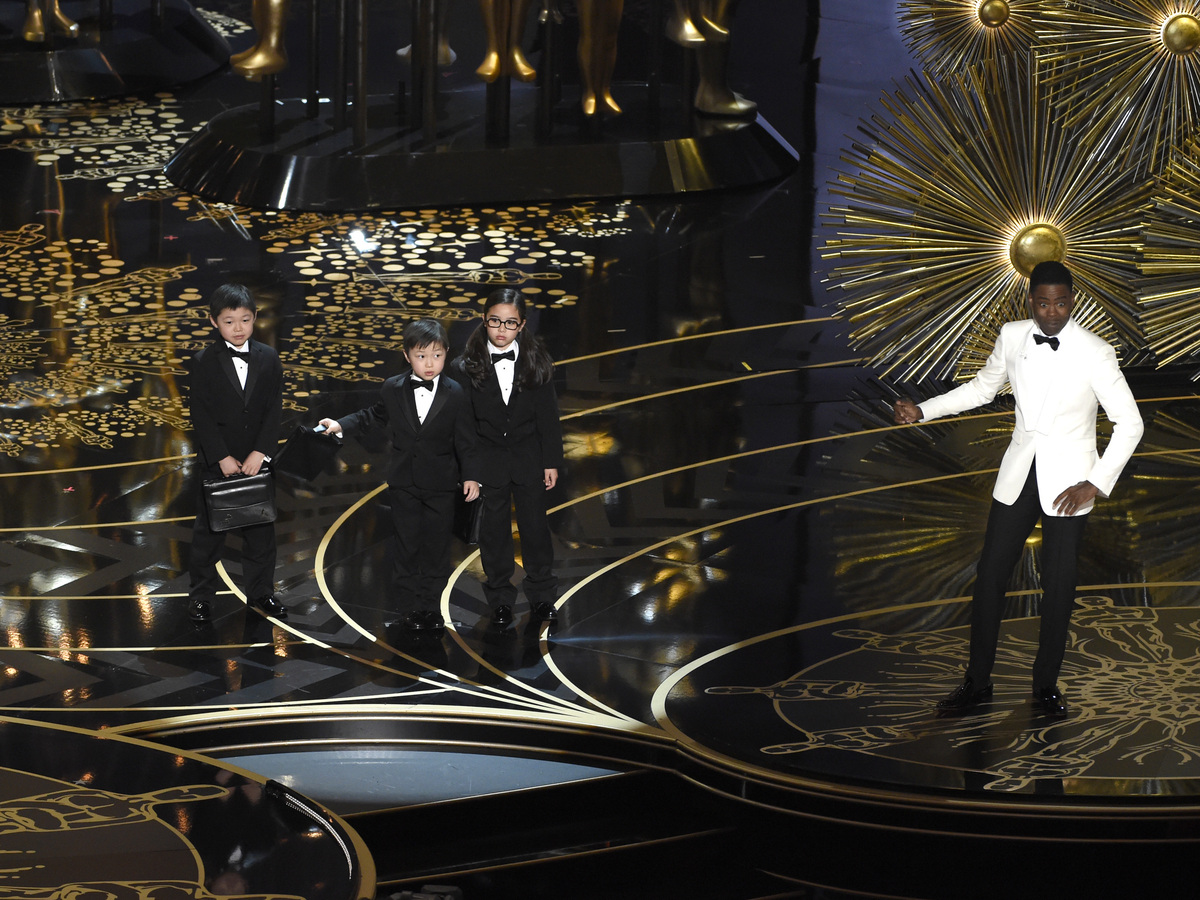 In one segment of this year's Oscar telecast, host Chris Rock introduced three Asian children who emerged onstage as PricewaterhouseCoopers accountants, invoking a tired stereotype about Asians being good at math.

Prompted by a letter signed by more than 20 academy members of Asian descent, the Academy of Motion Picture Arts and Sciences apologized for offensive jokes about Asians during the awards ceremony.

"Thank you for taking the time to voice your concerns about our 88th Oscar show, which are valid. We appreciate your perspective and take your points very seriously. It certainly was never the Academy's intent to offend anyone," the letter read, in part.

For some, the apology was hollow.

Actor George Takei, who signed the initial letter to the academy, told The New York Times that the response from academy CEO Dawn Hudson was "patronizing" and infuriating. "It was a bland, corporate response," he said. "The obliviousness was actually shocking. Doesn't anyone over there have any sense?"

As NPR's TV critic Eric Deggans reported after the awards show, there were disparaging remarks made and stereotypes perpetuated at the expense of Asians during the ceremony. He wrote:

"Sacha Baron Cohen offered a line about the animated yellow Minion characters from the Despicable Me franchise that recalled stereotypes about Asian sexual endowments, while [host Chris] Rock ushered three Asian children onstage saying they were the accountants handling Oscar votes, in an embarrassing nod to stereotypes about Asians being good at math."

Already facing criticism for the fact that only white actors and actresses were nominated for the top award categories — for the second year in a row — the backlash against the jokes regarding Asians was swift on social media. Then on March 9, some academy members sent a letter addressed to Hudson and other officials. It was published this week by Variety:

"In light of criticism over #OscarsSoWhite, we were hopeful that the telecast would provide the Academy a way forward and the chance to present a spectacular example of inclusion and diversity.

"Instead, the Oscars show was marred by a tone-deaf approach to its portrayal of Asians.

"We'd like to know how such tasteless and offensive skits could have happened and what process you have in place to preclude such unconscious or outright bias and racism toward any group in future Oscars telecasts.

"We look forward to hearing from you about this matter and about the concrete steps to ensure that all people are portrayed with dignity and respect.

"We are proud that the Oscars reach several hundred million people around the world of whom 60% are Asians and potential moviegoers."

Hudson's response did little to address these questions specifically. The rest of her letter read:

"We are committed to doing our best to ensure that material in future Oscar telecasts be more culturally sensitive. It pains us that any aspect of the show was considered offensive, and I apologize for any hurt the skits caused.

"Our Awards Committee and Academy leadership will be exercising more oversight to make sure that concerns like yours are fully addressed."

The exchange came as the academy's board met to discuss diversity and figure out how to implement reforms announced in January. The Times reports that "the board reaffirmed its January resolution to take away voting privileges for inactive members, although the organization's various branches will have some limited flexibility to determine the criteria for establishing what constitutes activity."

In its bid to double the number of women and people of color in its membership by 2020, the academy also decided to go forward with a plan to add three board seats earmarked for women and minorities.