Accessibility links
Professor Who Solved Fermat's Last Theorem Wins Math's Abel Prize : The Two-Way The mathematics problem he solved had been lingering since 1637 — and he first read about it when he was just 10 years old, during a visit to the library. 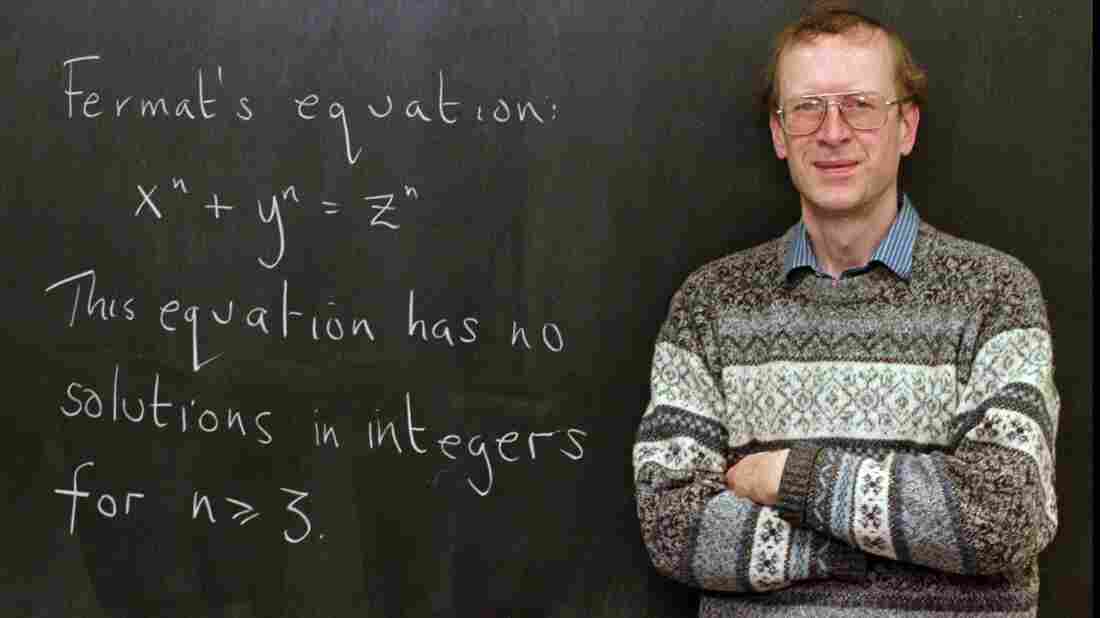 Mathematics professor Andrew Wiles has won a prize for solving Fermat's Last Theorem. He's seen here with the problem written on a chalkboard in his Princeton, N.J., office, back in 1998. Charles Rex Arbogast/AP hide caption 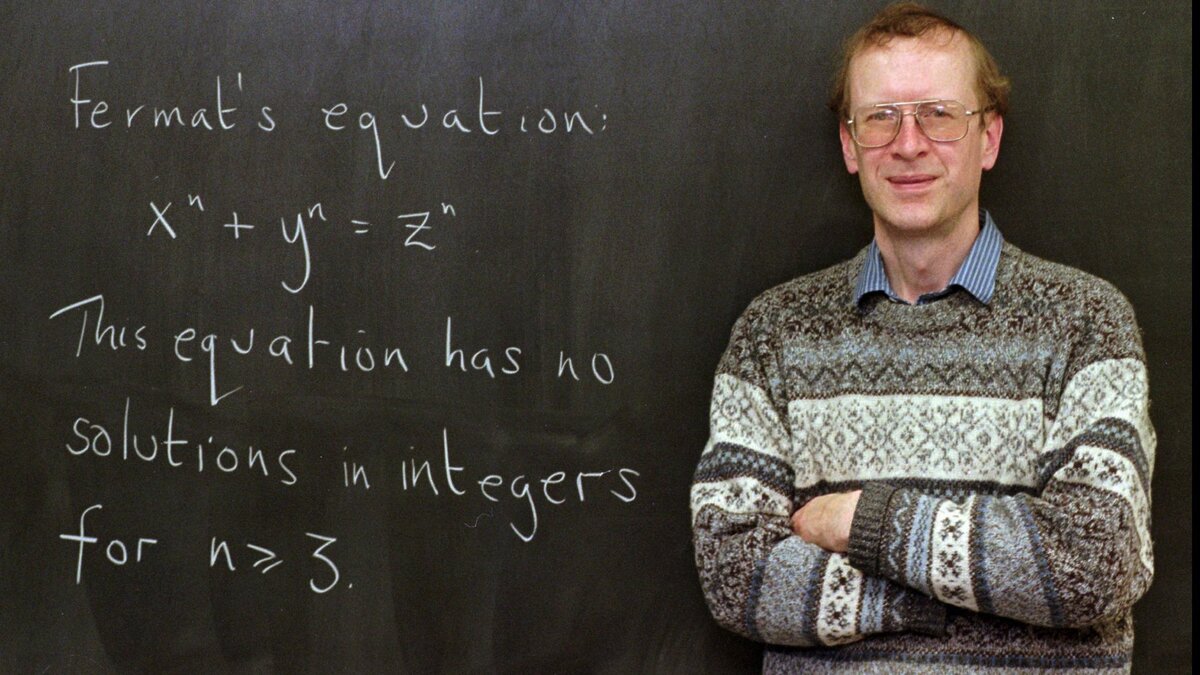 Mathematics professor Andrew Wiles has won a prize for solving Fermat's Last Theorem. He's seen here with the problem written on a chalkboard in his Princeton, N.J., office, back in 1998.

The mathematics problem he solved had been lingering since 1637 — and he first read about it when he was just 10 years old. This week, British professor Andrew Wiles, 62, got prestigious recognition for his feat, winning the Abel Prize from the Norwegian Academy of Science and Letters for providing a proof for Fermat's Last Theorem.

Now a professor at Oxford University, Wiles was at Princeton University back in 1994 when he worked out a proof for the theorem that had famously bedeviled mathematicians for centuries. As Princeton notes today, Wiles spent years attacking the problem, eventually working out the final proof with a former student, Richard Taylor.

The Abel Prize is sometimes called "the Nobel of mathematics." Wiles won it, the Norwegian academy says, "for his stunning proof of Fermat's Last Theorem by way of the modularity conjecture for semistable elliptic curves, opening a new era in number theory."

The academy also revisited the story of Wiles' deep ties to the famous math problem:

"In 1963, when he was a ten-year-old boy growing up in Cambridge, England, Wiles found a copy of a book on Fermat's Last Theorem in his local library. Wiles recalls that he was intrigued by the problem that he as a young boy could understand, and yet it had remained unsolved for three hundred years. 'I knew from that moment that I would never let it go,' he said. 'I had to solve it.' "

Wiles was far from the first to be captivated by Fermat's Last Theorem: The problem also lent its name to the 1996 best-selling book by Amir Aczel, who recounted how the problem described by Fermat also had roots in ancient Babylon.

From the 1996 review of that book, in The New York Times:

"In 1637, while perusing Diophantus, whose historic importance is outlined by Mr. Aczel, [Pierre de] Fermat apparently had one of those flashes of deep insight that have produced historic leaps in the field of pure math. Everybody knew that it is possible to break down a squared number into two squared components, as in 5 squared equals 3 squared plus 4 squared (or, 25 = 9 + 16). What Fermat saw was that it was impossible to do that with any number raised to a greater power than 2. Put differently, the formula [xn + yn = zn] has no whole number solution when n is greater than 2.

"Fermat then wrote the phrase that has tantalized mathematicians ever since: 'I have discovered a truly marvelous proof of this, which, however, the margin is not large enough to contain.' The buried treasure, sought all these centuries, is the proof that Fermat said he had discovered but had no room to set down. In fact, when Mr. Wiles finally did prove that the theorem is true, he used techniques that could not have been known to Fermat, so whether the thinker of the 17th century really did have a solution to his problem cannot be known."

The Abel Prize carries a cash award of 6 million Norwegian kroner — around $715,000 at today's exchange rates. Wiles will formally receive the prize from Crown Prince Haakon of Norway on May 24 in Oslo.