Accessibility links
Captured Paris Terror Suspect Abdeslam Facing Charges, Fighting Extradition : The Two-Way Salah Abdeslam, who had evaded capture for more than four months, has been charged with participating in a terrorist murder. His lawyer says he is refusing to be extradited back to France. 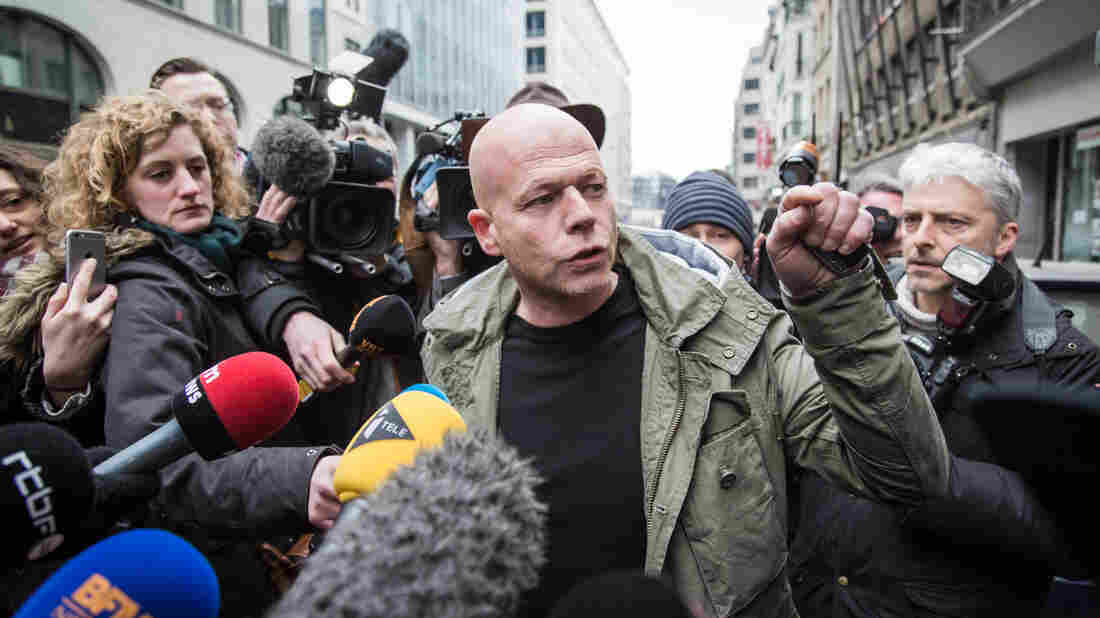 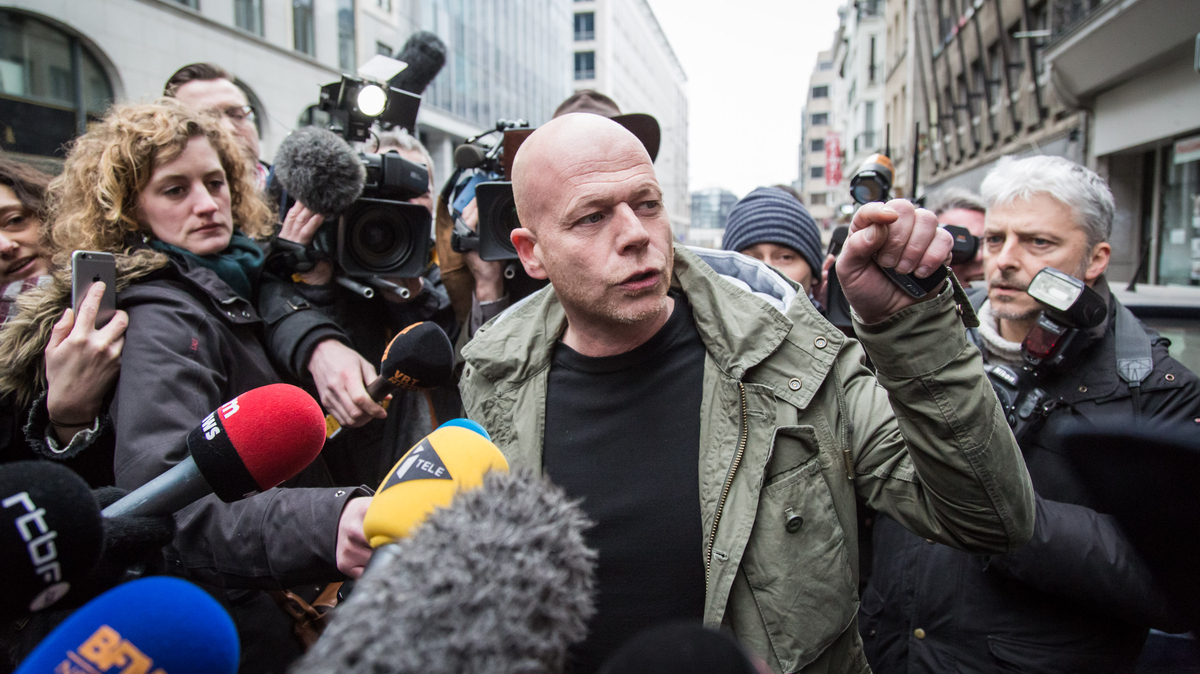 Sven Mary, Belgian lawyer of Paris attacks suspect Salah Abdeslam, talks to the media outside the building of the Federal Police in Brussels on Saturday. Mary says Abdeslam is fighting extradition to France.

Salah Abdeslam, the wanted suspect in the Paris attacks who was captured Friday, has been formally charged for his alleged participation in the attacks: Belgian authorities have charged him with participating in a terrorist murder.

But the French justice system may have to wait a little longer to press charges; Abdeslam is resisting extradition.

As Merrit reported on Friday, when a raid in the Brussels neighborhood of Molenbeek captured Abdeslam, the suspect was reportedly injured in the leg but coherent:

"Abdeslam, 26, had evaded capture for more than four months after the terrorist attacks that killed 130 people on Nov. 13. ...

" 'I have total confidence in the achievement of these extradition procedures. Abdeslam should be interrogated in France and be judged in France,' he said."

But Teri Schultz, reporting from Brussels for our Newscast unit, says that Abdeslam has refused to be extradited back to Paris, which may delay the transfer from Belgium to France.

Federal prosecutor Eric Van der Sypt told The Associated Press that Abdeslam may remain in Belgium for a while, especially if he begins talking to authorities — but that even if Abdeslam fights to stay in Belgium, "sooner or later" the prosecutor expects the suspect to be extradited to France.

In the meantime, Abdeslam has been charged by Belgian courts — and so has a mysterious accomplice who was arrested with him, Teri reports:

"Salah Abdeslam is charged with participating in a terrorist murder and a terrorist organization. A man who goes by the names of Monir Ahmed Alaaj and Amine Choukri is facing the same counts. They were arrested after a brief gunfight with police Friday that left both with minor injuries.

"Salah Abdeslam's name is well-known, as he was the subject of a 126-day international manhunt, but Belgian terrorism research Pieter van Ostaeyen says the other indictee is a mystery: 'They have him but they don't know who he is. Both names are false. His fingerprints don't lead to any match whatsoever.' "

Abdeslam and his companion were found hiding with a family in Molenbeek, Teri says, and two members of that family are being charged with hiding criminals.