Accessibility links
Happy Spring! A Roundup Of Stories For The Vernal Equinox : The Two-Way Early Sunday morning, the earth's axis was pointed neither toward nor away from the sun. So spring has sprung — astronomically speaking. We dug into our archives to mark the occasion. 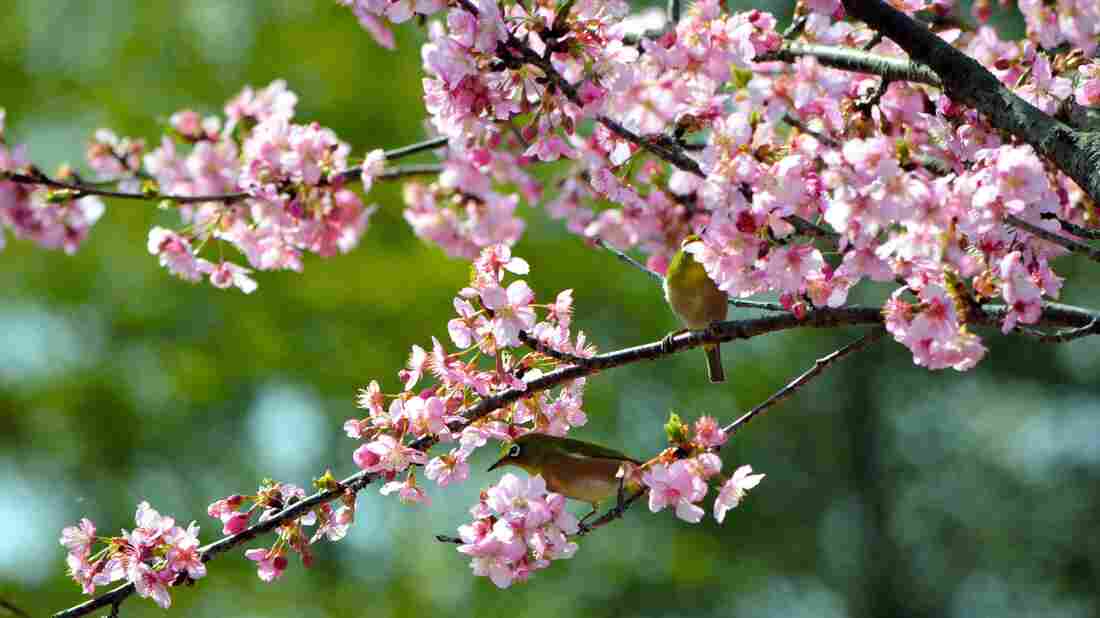 Japanese white-eyes perch on the branch of a bloomed cherry blossom near the Kukurigawa River on March 7, 2016, in Hita, Oita, Japan. The Asahi Shimbun hide caption 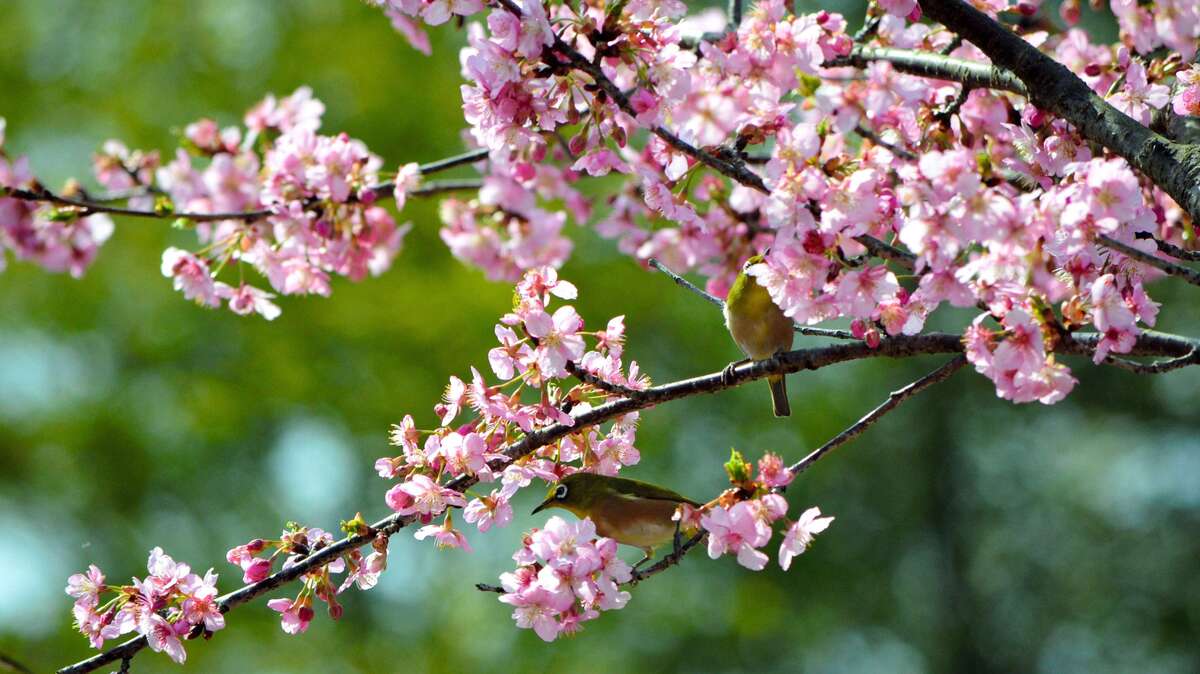 Japanese white-eyes perch on the branch of a bloomed cherry blossom near the Kukurigawa River on March 7, 2016, in Hita, Oita, Japan.

Early Sunday — half an hour after midnight ET — the Earth quietly marked a biannual milestone. The axis pointed neither toward nor away from the sun, leaving both hemispheres bathed in (approximately) equal amounts of sunlight.

Sunday's vernal equinox means everybody on earth got 12 hours of sunlight today — more or less. (The National Weather Service notes that refraction, among other factors, causes a few minutes' worth of variation, depending on your location on earth.)

That fact has no relation to meteorological spring, which started at the beginning of March, or solar Spring (based on the actual amount of sunlight a region receives), which began in February.

But for most laypeople, the equinox marks the beginning of spring. That means the start of Persian New Year, or Nowruz. This year, it's also Palm Sunday. And D.C. residents also got to enjoy the birth of a new baby eagle — a very appropriate symbol of new beginnings.

We took a trip through NPR's archives to uncover a few stories appropriate for the season.

For The Equinox: The Burning of the Socks

It's a fashion faux pas among the boating crowd to wear socks with deck shoes after the vernal equinox. So in Annapolis, Maryland, sailors mark the arrival of the equinox with a oysters, beer — and a sock bonfire.

For Nowruz: The Food For A New Year Feast

Nowruz celebrates fertility and renewal with singing and dancing, visiting friends and relatives, and lots of feasting. It's got it all: myth and symbolism, fragrant hyacinth and Persian poetry, magic numbers and magic puddings. Plus noodle soup, herb kuku, green rice, fish, pastries, nuts, fruits ...

For The Equinox: The Balancing Of The Eggs

Eggs are a symbol of fertility. But on the equinox — when dark and light are equal — they're also a symbol of balance.

Sure, scientists will quickly tell you there's nothing special about the equinox when it comes to egg-balancing. But there's something satisfying about setting an egg upright.

For Palm Sunday: The Story Of 'Miserere'

Composer Gregorio Allegri's "Miserere" is a piece of choral music so powerful that a 17th-century pope decreed it could be played only during the week leading to Easter — and then only in the Sistine Chapel.

For Nowruz: A Tiny Desk Concert By Kayhan Kalhor.

As Anastasia Tsioulcas wrote in 2012: "As spring renews the earth, people celebrate this fresh beginning as Nowruz, a joyous 12-day festival to celebrate beauty and abundance. We were lucky enough to have a master musician and composer from Iran, Kayhan Kalhor, visit us in time to celebrate with his gorgeous and deeply moving music."

For The Vernal Equinox: Linda Holmes On The Lust For Spring

In 2014, Linda wrote a lovely ode to the arrival of spring — real spring, not meteorological spring, not astronomical spring. Warm-weather, flowers-growing, summer-on-its-way spring. Which, for many of us, hasn't landed yet — but it's coming.

"It should be old by now, but it isn't. It's amazing. I literally allow myself to be amazed by the effect of the earth going around the sun. It happened again! I think. My part of the globe is once again getting more direct sunlight more of the time! It's as if I feared maybe it wouldn't. Maybe this would be the year that we chugged to a stop and it stayed January forever. Or worse, February. I should, in theory, be no more impressed by the arrival of spring than by the arrival of morning. I happen to have a huge window through which I can watch the sun come up, and I often do at certain times of year. But I don't have feelings about it.

I have feelings about spring."