Accessibility links
North Korea Fires 5 Short-Range Missiles Into The Sea : The Two-Way These are the latest in a string of similar launches, despite repeated calls from the international community to stop them. 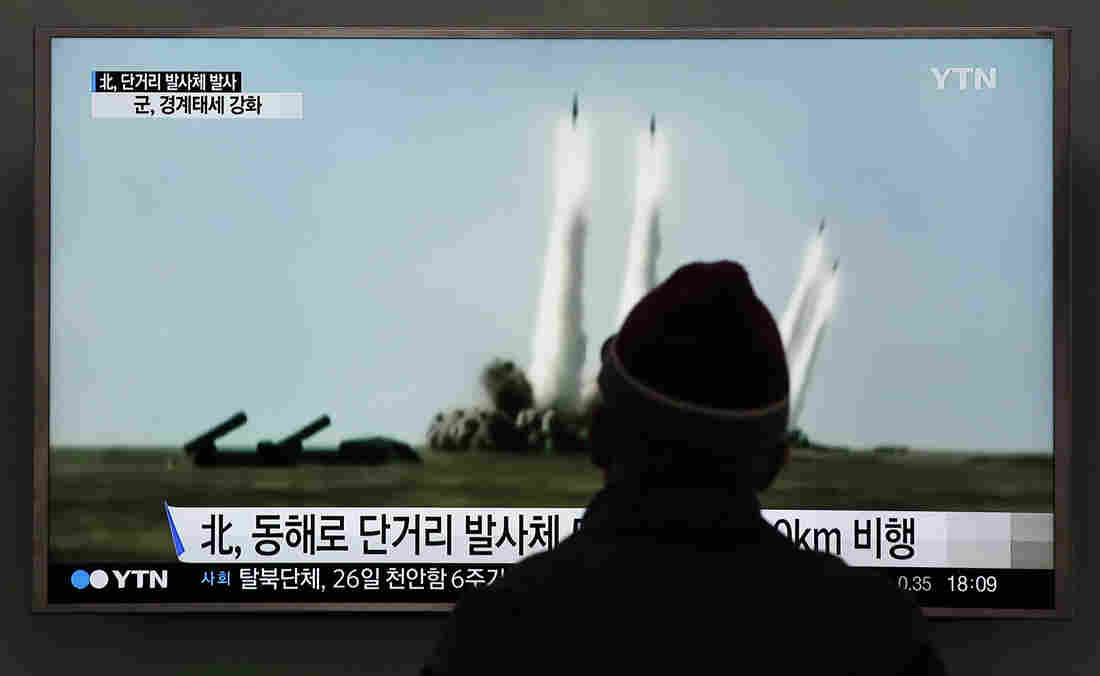 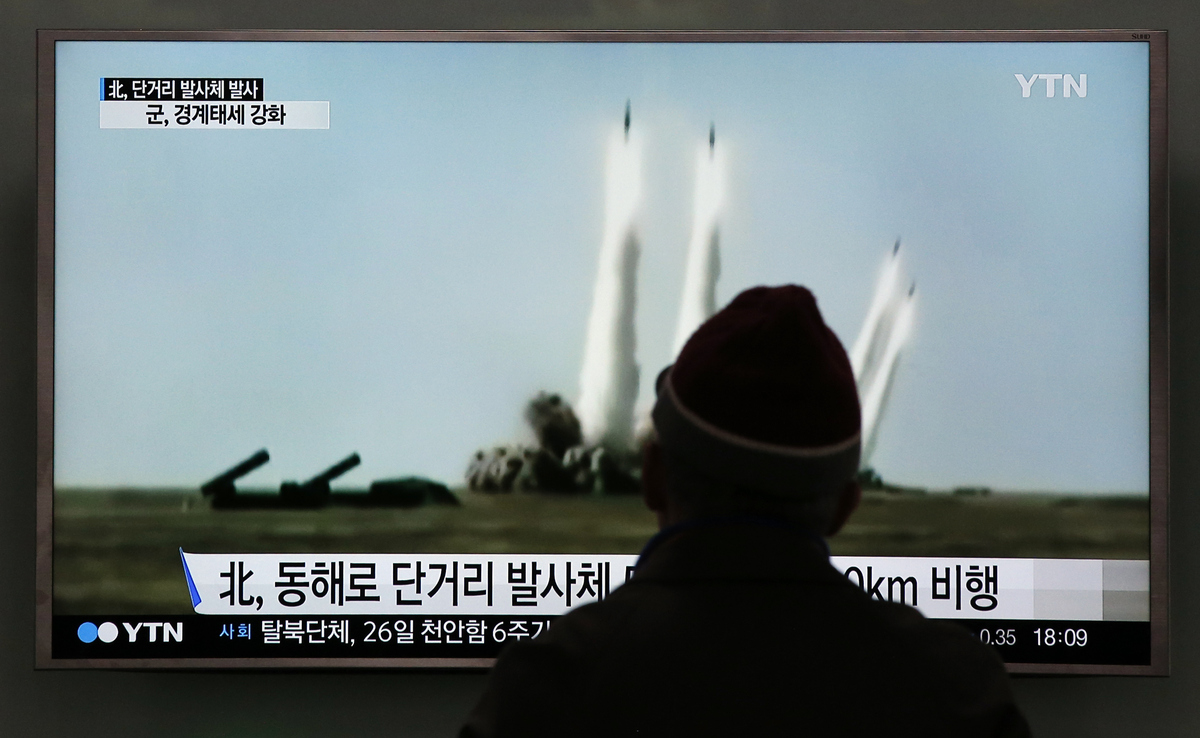 NPR's Elise Hu in Seoul reports that these are the latest in a string of similar launches, despite repeated calls from the international community to halt them.

"The missiles were fired near the eastern coastal city of Hamhung, and analysts say the short-range projectiles traveled about 120 miles," Elise tells our Newscast unit.

These short-range missile launches come after North Korea fired two medium-range ballistic missiles off its east coast on Friday, as we reported. They're happening while the U.S. and South Korea conduct their "largest ever" joint military exercises, which North Korea calls "a rehearsal for invasion," as The Associated Press reports.

"The latest provocations are happening as the the North comes under a newly passed package of sanctions. The U.N. Security Council approved the sanctions just weeks ago, as punishment for its January detonation of a nuclear bomb. But they don't seem to be deterring the North."

Meanwhile, North Korea claims to be testing "a re-entry vehicle aimed at returning a nuclear warhead to the atmosphere from space so it could hit its intended target," the AP reports.

State TV images showed leader Kim Jong Un purportedly overseeing a simulated test of the vehicle last week, and according to AP, analysts say a mid-range missile launch last Friday "may have been a test of the re-entry technology."