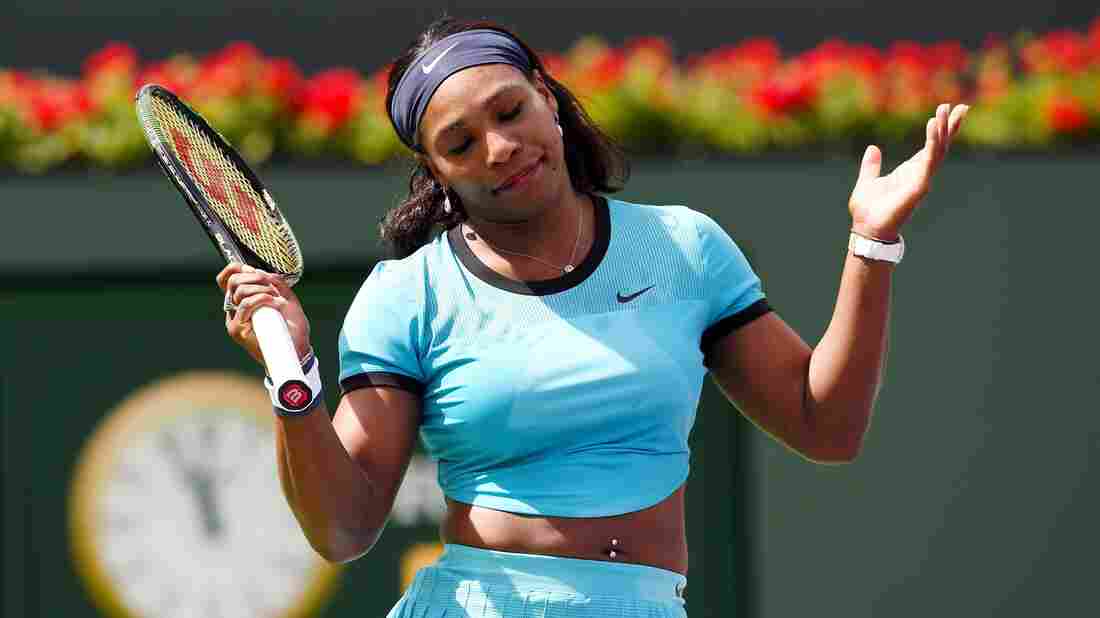 Serena Williams, seen here during the final of the BNP Paribas Open in Indian Wells, Calif., responded to comments by the tourney's director, saying, "Last year, the women's final at the U.S. Open sold out well before the men. I'm sorry, did Roger play in that final, or Rafa or any man play in that final that was sold out before the men's final?" Robyn Beck/AFP/Getty Images hide caption 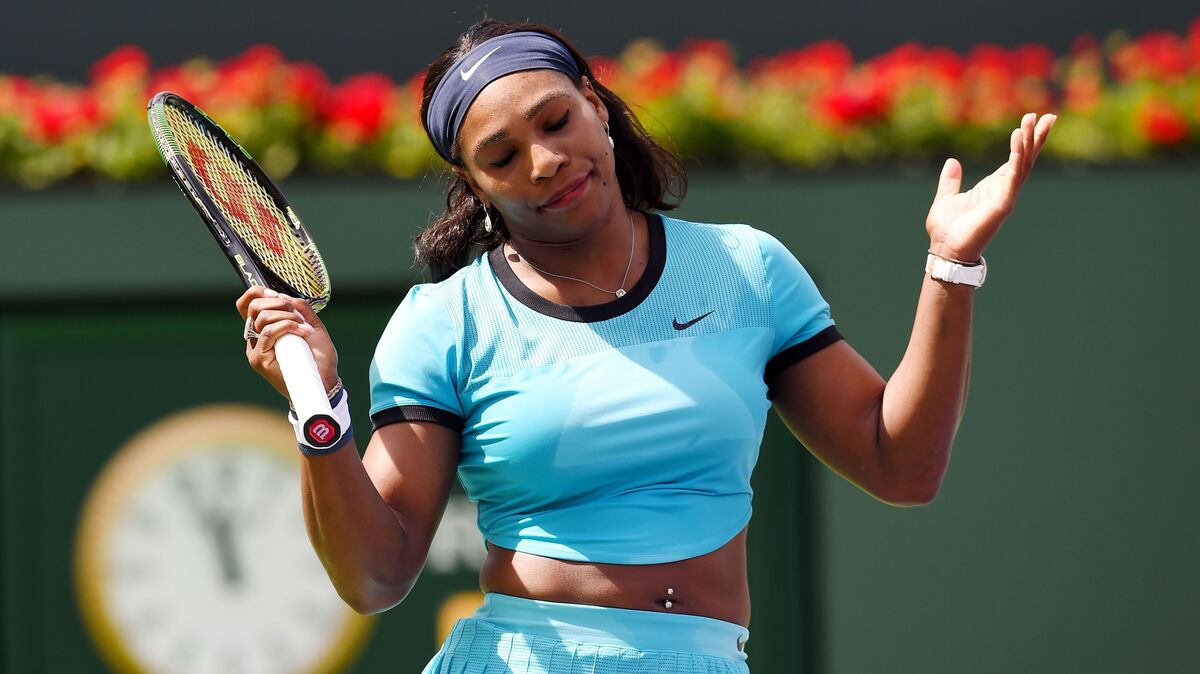 His comments about female tennis players were in "poor taste and erroneous," Indian Wells CEO Raymond Moore says, after a backlash over his comments that women are along for the ride in a sport that's carried by men. Among those displeased: Serena Williams.

Here's part of what Moore said Sunday that caused the outcry:

"In my next life, when I come back I want to be someone in the WTA," Moore, 69, said with a laugh, "because they ride on the coattails of the men."

Moore, who was speaking at a news conference Sunday, continued:

"They don't make any decisions and they are lucky. They are very, very lucky. If I was a lady player, I'd go down every night on my knees and thank God that Roger Federer and Rafa Nadal were born, because they've carried this sport. They really have. And now the mantle has been handed over to [Novak] Djokovic and [Andy] Murray, and some others."

Moore is the tournament director of the BNP Paribas Open in Indian Wells, Calif. He went on to say of his tournament, one of many elite events on the tour that awards equal prize money to male and female athletes, "We have no complaints."

Moore also drew criticism for what he said moments later, when he said that several "very attractive players" could lead their sport the way Serena Williams has. When asked whether he was referring to their physical appearance or their game, he answered, "I mean both."

A former player from South Africa, Moore has been associated with the Indian Wells tournament since at least the 1980s. He became the head of both the tournament and its home facility in 2012, taking over for longtime friend and business partner Charlie Pasarell.

When he spoke Sunday, Moore called Serena Williams "arguably the best female player of all time" and said that the quality of women's tennis has improved greatly. But those admiring words, and the showcase day of the tournament he runs, were overshadowed by Moore's remarks about women's place in the game.

Williams, who won her first Indian Wells title in 1999, sharply criticized Moore's comments Sunday afternoon, saying they left no room for interpretation as anything other than offensive.

"I speak very good English. I'm sure he does, too," she said. "You know, there's only one way to interpret that. Get on your knees, which is offensive enough, and thank a man, which is not ... we, as women, have come a long way. We shouldn't have to drop to our knees at any point."

Williams is the world's No. 1 in the WTA's singles rankings — a spot she first held in 2002, and which she has currently held for three years. On Sunday, she admitted being surprised at Moore's remarks. And she cited some recent history to counter his view:

In addition to selling out of tickets for its women's final before its men's contest, the U.S. Open also saw a spike in ticket prices, as fans clamored to see Williams vie for winning all four majors in the same season.

Responding to Moore's comments, both Williams and Victoria Azarenka, her opponent in Sunday's BNP Paribas final, invoked tennis legend Billie Jean King, who founded the WTA and blazed a trail for women as professional athletes.

Disappointed in #RaymondMoore comments. He is wrong on so many levels. Every player, especially the top players, contribute to our success

King had her own thoughts about Moore's words, saying in a tweet that he was "wrong on so many levels."

Apologizing later for his comments, Moore said they "were in extremely poor taste and erroneous. I am truly sorry for those remarks, and apologize to all the players and WTA as a whole."

The men's winner Sunday was Djokovic, who said that Moore's comments were "not politically correct," as the BBC relays — but the news agency adds that the Serbian star also called for men to fight for more money. From the BBC:

"Djokovic, 28, said women 'fought for what they deserve and they got it,' but claimed prize money should be 'fairly distributed' based on 'who attracts more attention, spectators and who sells more tickets.' "

The BNP Paribas tourney at Indian Wells carries a total purse of more than $10 million. As one of several elite mandatory tennis tournaments featuring both men's and women's fields, it awards prize money equally. Those tournaments rank one slot below the four Grand Slams, which have awarded equal prize money since 2007 — when Wimbledon followed the same path the U.S. Open took back in 1973.

Moore's initial comments came on the same morning as the women's final, in which Williams fell to Azarenka, 6-4, 6-4.

Addressing the controversy after her match, Azarenka said she has a problem in general with men making derogatory comments about women.

Making what she called a simple case, Azarenka said: "Every single person on Earth was brought ... was born by a woman, right? I think that's a good comment. And I think people should remember that sometimes."