WATCH: On A Tough News Day, A Remarkable Moment Of Grace

WATCH: On A Tough News Day, A Remarkable Moment Of Grace 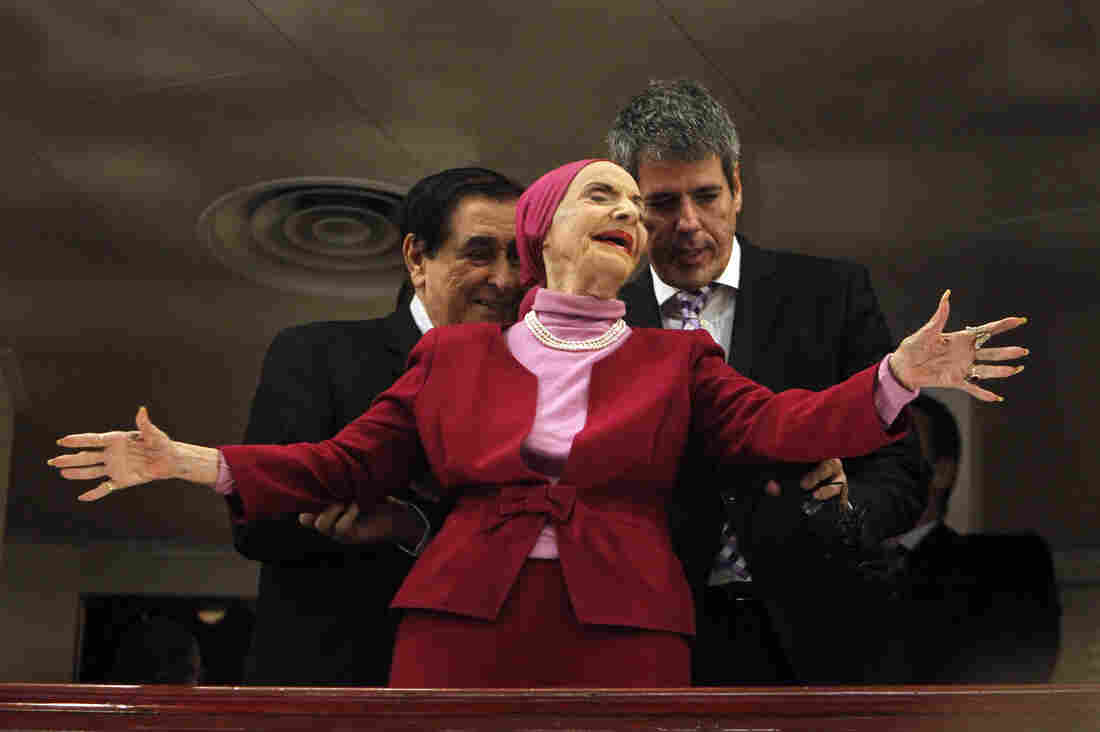 Cuban prima ballerina assoluta and choreographer Alicia Alonso acknowledges applause as she enters the theater that bears her name, before the arrival of President Obama at the Gran Teatro de la Havana. Mastrafoto/CON/LatinContent/Getty Images hide caption 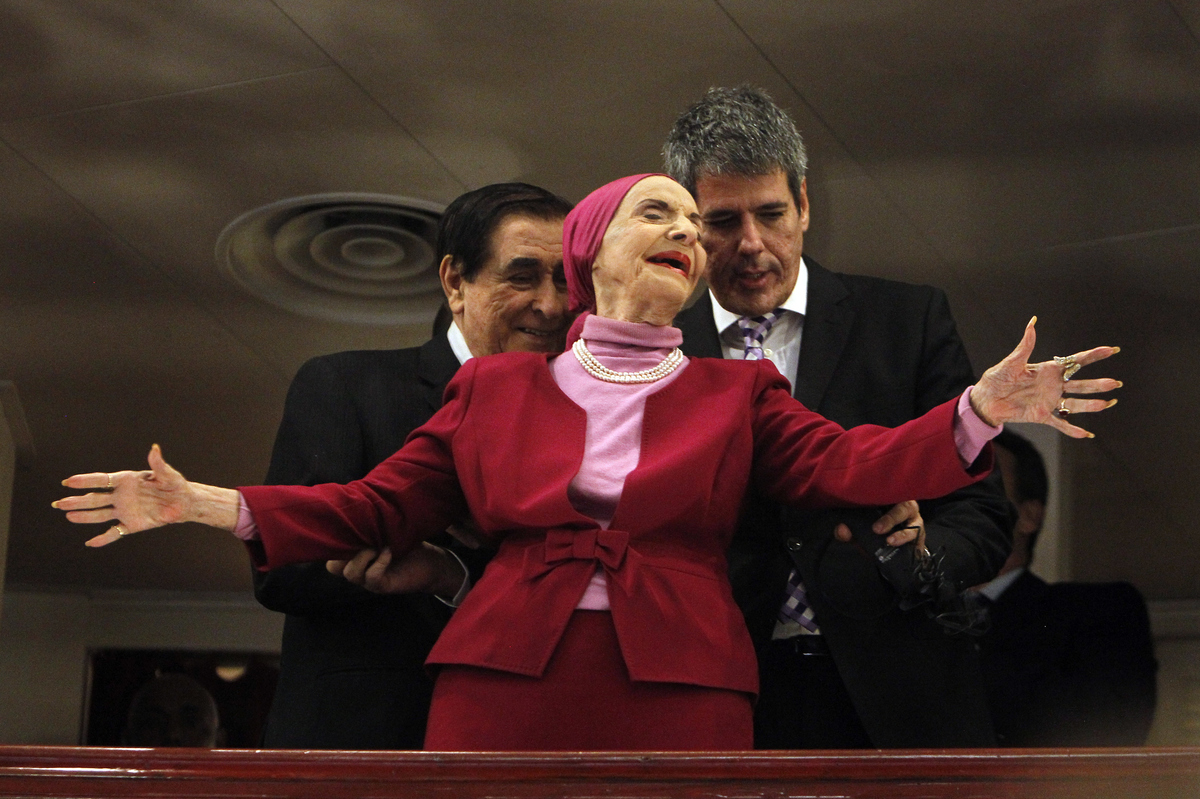 Cuban prima ballerina assoluta and choreographer Alicia Alonso acknowledges applause as she enters the theater that bears her name, before the arrival of President Obama at the Gran Teatro de la Havana.

On a tough news day, we wanted to point you to a remarkable moment of grace that happened just before President Obama addressed the Cuban people at the Gran Teatro de la Havana.

Cuban prima ballerina assoluta Alicia Alonso walked onto the balcony to great applause and she thanked the crowd with her hands. She opened her arms and her hands fluttered by her side. Then with an effortless grace, Alonso, who learned her craft at the American Ballet Theatre, pulled them back and crossed them over her chest.

She's 94 now and back in 2010, she told the New York Times that she could no longer dance the way she used to.

"I dance with the hands," she told the paper. "I do. I dance with my heart actually more. So it comes through my body. I can't help it."

On Tuesday, Alonso, who directs the Cuban National Ballet, danced with her hands and she delighted a crowd:

As the Times notes, Alonso is a controversial figure. The paper reports:

"Some see her as a political tool of Fidel Castro as well as someone who has remained too long in her job and who prevents certain dancers from working abroad. In 2005 Rolando Sarabia, then one of the Cuban company's leading dancers, defected, followed later that year by Octavio Martín, a principal dancer, and his wife, Yahima Franco, also a company member. Mr. Sarabia and Mr. Martín said separately at the time that Ms. Alonso had turned down their requests to dance abroad as other Cubans did, notably Carlos Acosta.

"But Ms. Alonso is also adored by balletomanes who cherish memories of her Giselle and her longevity onstage. She gave her final performance in 1995 when she danced 'The Butterfly,' a piece she choreographed. She was 75."

If you're interested in learning more about Alonso, here's a BBC piece about her work: