Accessibility links
Former Trooper Pleads Not Guilty To Perjury Over Arrest Of Sandra Bland : The Two-Way Brian Encinia appeared in court Tuesday night on misdemeanor charges that he lied about the circumstances under which he stopped Bland. Bland was later found dead in a jail cell, prompting protests. 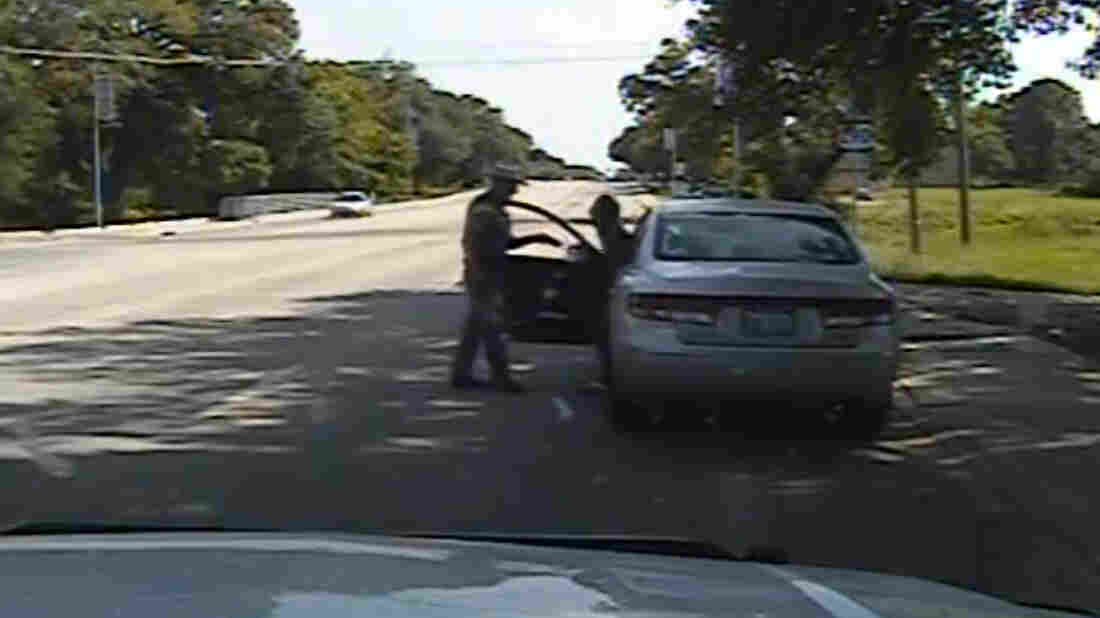 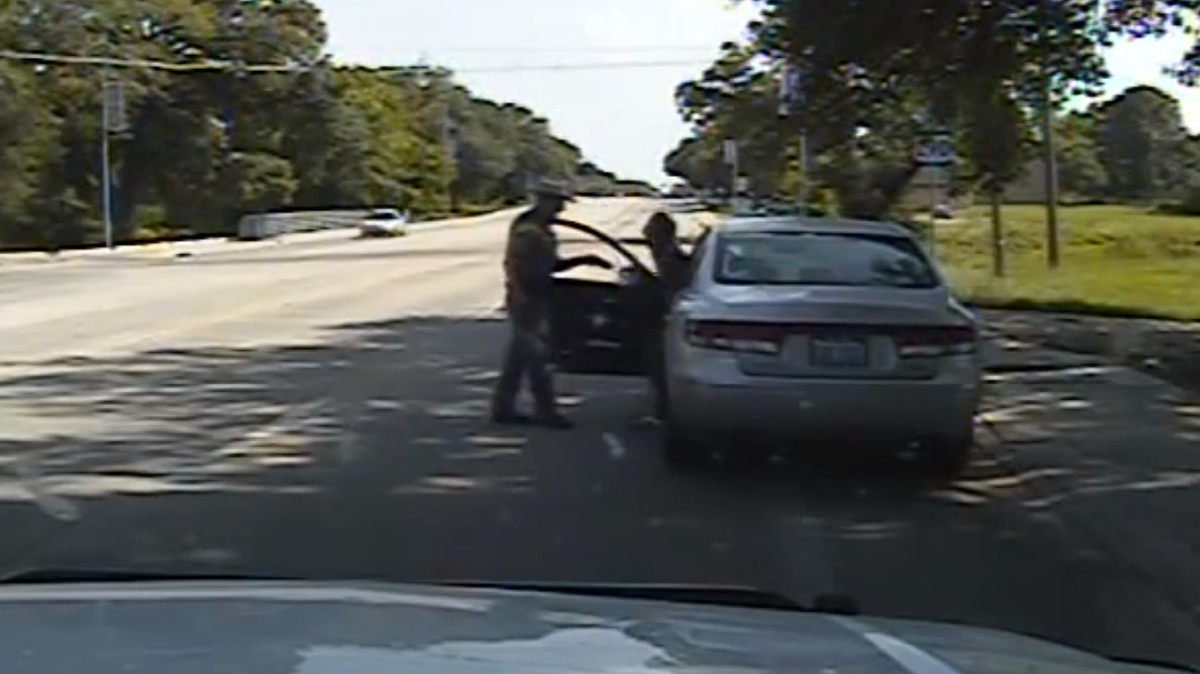 Brian Encinia, the former Texas trooper who arrested Sandra Band in July 2015, has pleaded not guilty to a misdemeanor charge of perjury stemming from the arrest.

Encinia, who was fired after he was indicted earlier this year, entered his plea Tuesday night. Protesters gathered outside the courthouse yelling, "Tell the truth," The Associated Press reports.

Bland was arrested on July 10, 2015, after she was pulled over for failing to use a turn signal. She was found dead in her jail cell three days later. Officials ruled her death a suicide by hanging.

Questions over the circumstances of Bland's death prompted debate and protest around the country. The release of Encinia's dashcam footage of her arrest — which included Encinia yelling at Bland, "I will light you up" — intensified criticism of the Bland's arrest and detainment.

No one has been indicted on criminal charges for Bland's death or for her arrest itself. But Encinia was indicted for allegedly lying about the arrest.

"A county grand jury indicted Encinia in January on the perjury charge for saying in an affidavit that he removed a combative Bland from her car after stopping her near Houston for a minor traffic violation so he could conduct a safer traffic investigation.

"Video of the stop shows Encinia drawing his stun gun and telling Bland, 'I will light you up!' She can later be heard off-camera screaming that he's about to break her wrists and complaining that he knocked her head into the ground.

"Encinia's affidavit stated he 'removed her from her vehicle to further conduct a safer traffic investigation,' but grand jurors found that statement to be false, according to prosecutors."

The former trooper's next hearing is scheduled for May. The perjury charge he faces carries a maximum penalty of one year in jail and a $4,000 fine, the AP reports.

Bland's family has also filed a wrongful death lawsuit against Encinia and other police officers; that case is set to go to trial next year.