Accessibility links
Turkey Says It Deported Ibrahim El Bakraoui And Warned Belgium In 2015 : The Two-Way Turkey's President Recep Tayyip Erdogan says Belgium was warned about the terrorist ties of one of the brothers suspected in Tuesday's suicide attack in Brussels. 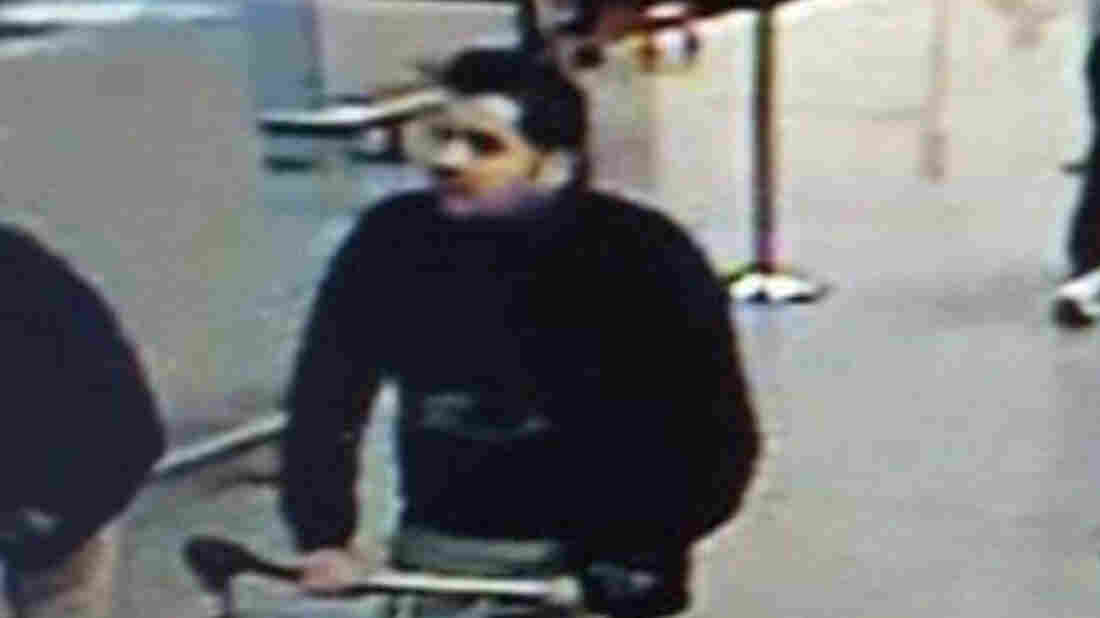 This image provided by the Belgian Federal Police shows a man at Belgium's Zaventem airport whom officials have identified as Ibrahim el Bakraoui. A Belgian prosecutor named him as a suspected suicide bomber in Tuesday's attack on the airport. AP hide caption 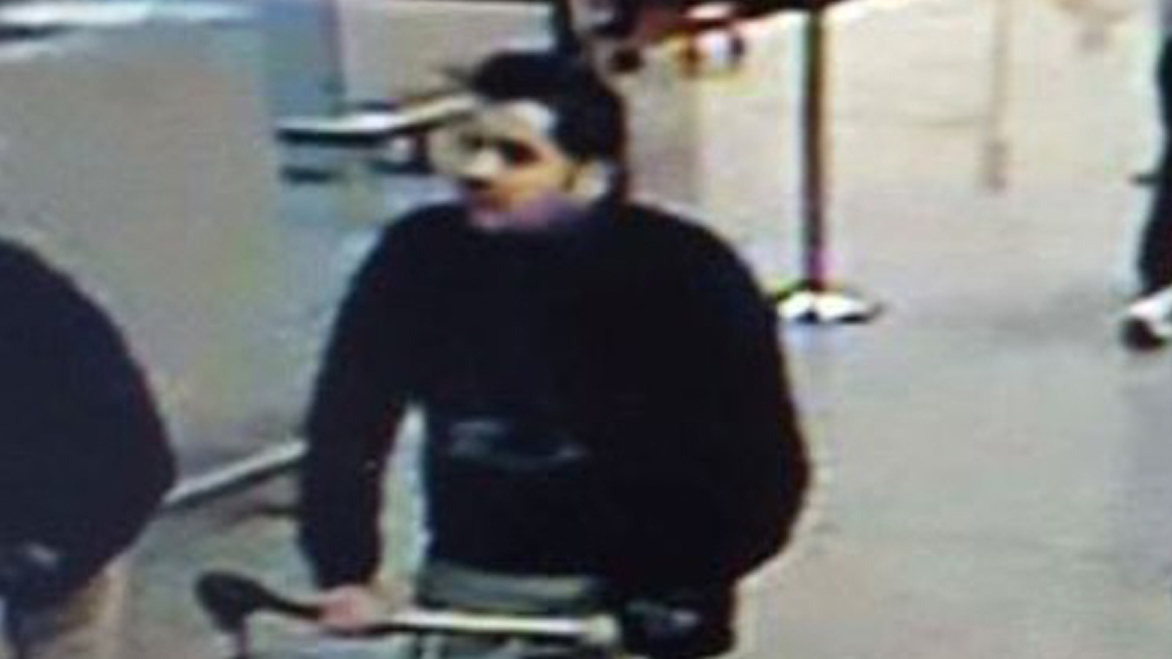 This image provided by the Belgian Federal Police shows a man at Belgium's Zaventem airport whom officials have identified as Ibrahim el Bakraoui. A Belgian prosecutor named him as a suspected suicide bomber in Tuesday's attack on the airport.

Turkish President Recep Tayyip Erdogan says that last summer, Belgian authorities had the chance to detain Ibrahim el Bakraoui, now identified as one of the suspected suicide bombers who struck Brussels on Tuesday.

Erdogan says Turkey warned Belgian authorities of Bakraoui's terrorist ties when it deported him into the custody of the Netherlands — but that the Belgian native was released anyway.

Bakraoui, along with his brother Khalid and two unknown accomplices, allegedly detonated bombs at Brussels' airport and at a metro station on Tuesday, killing at least 31 people and injuring at least 270. The brothers and one of the other attackers died; a fourth man is currently being pursued by authorities.

Belgian federal prosecutor Frederic Van Leeuw said the Bakraoui brothers had a criminal record but no known association to terrorism.

But at a news conference Wednesday in Ankara, Erdogan said Turkey had detained Ibrahim el Bakraoui in July 2015, and deported him back to Europe after informing the Belgian Embassy.

Bakraoui was sent to the Netherlands, at his request, NPR's Peter Kenyon reports, but Belgian authorities were notified about his detention and potential threat.

The Washington Post noted Tuesday that Erdogan showed an eerie prescience ahead of the attack on Brussels. On Friday, he warned Europe that the kind of deadly bomb that struck Ankara this month, killing at least 37 people, could also hit Europe — maybe even the seat of the EU.

"There is no reason for the bomb, which exploded in Ankara, not to explode in Brussels, where an opportunity to show off in the heart of the city to supporters of the terror organization is presented, or in any city in Europe. Despite this clear reality, European countries are paying no attention, as if they are dancing in a minefield. You can never know when you are stepping on a mine," Erdogan said Friday.

The Post notes that the bombs that struck Ankara and Brussels were claimed by different groups — the Ankara attack by a splinter group of the Kurdistan Workers' Party, and Brussels by the Islamic State. The two groups are far from allied, the newspaper says.

Turkey has suffered recent attacks from ISIS as well, but Erdogan emphasized Kurdish militants in his remarks.

And as the Post's Ishaan Tharoor writes:

"What is indisputably true, though, is that Turkey has suffered immensely from terrorism over the past year — and has perhaps not received the sort of global sympathy that attacks farther west tend to generate."