Accessibility links
Prosecutor Recommends House Arrest For Peter Liang; No Jail Time In Akai Gurley's Shooting Death : The Two-Way Brooklyn District Attorney Ken Thompson said there was no evidence to support the idea that Peter Liang, who is Asian-American, "intended to kill or injure" Akai Gurley, an unarmed black man. 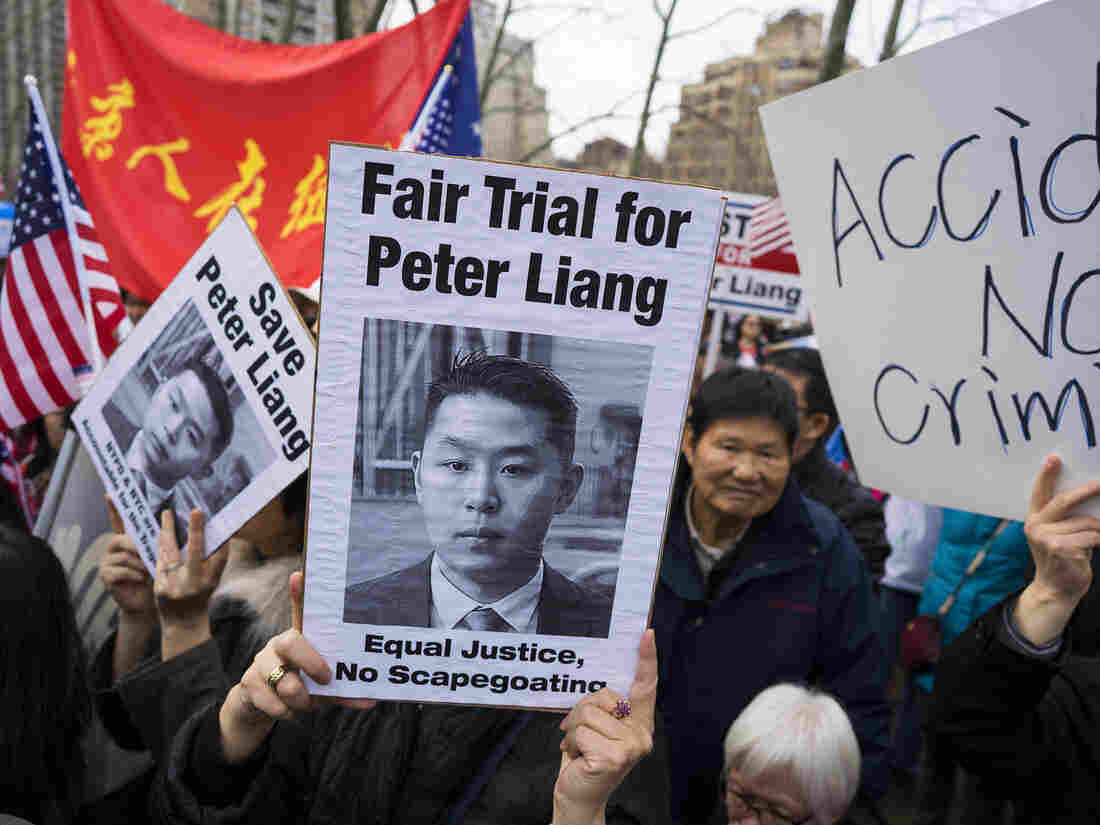 In this Feb. 20 photo, protesters attend a rally in Brooklyn, New York, in support of former NYPD police officer Peter Liang, who was convicted of manslaughter for the 2014 shooting death of Akai Gurley. Craig Ruttle/AP hide caption 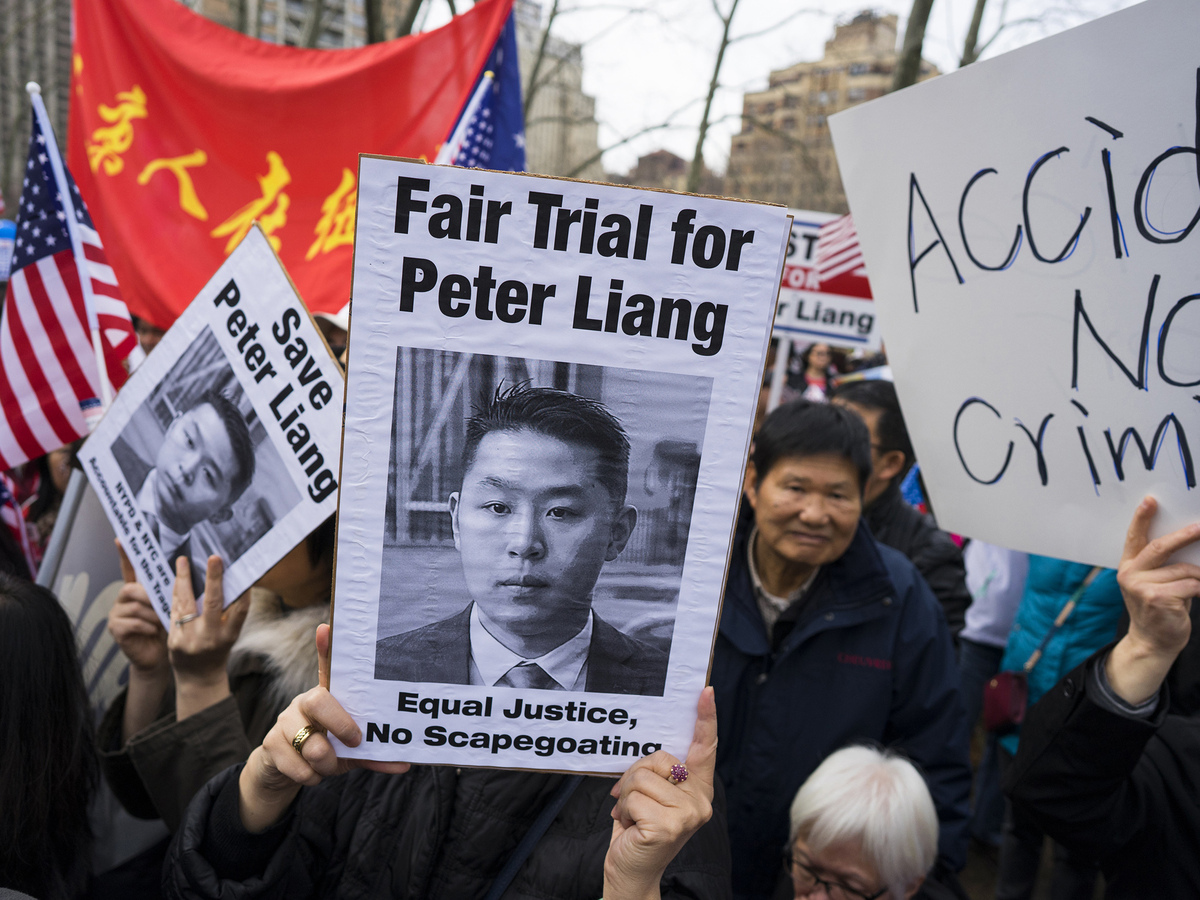 In this Feb. 20 photo, protesters attend a rally in Brooklyn, New York, in support of former NYPD police officer Peter Liang, who was convicted of manslaughter for the 2014 shooting death of Akai Gurley.

In New York City, prosecutors say they will not recommend jail time for a former New York City police officer who was convicted of manslaughter last month for fatally shooting an unarmed man in a public housing stairwell in 2014.

The rookie officer was patrolling a housing project in Brooklyn when Liang said he fired by accident after a noise startled him in a darkened stairwell. The bullet ricocheted off a wall and killed unarmed black man Akai Gurley, 28. Liang was also faulted for not immediately aiding his victim.

The officer's indictment and then his conviction last month sparked protests by some Asian-American activists, reports Hansi:

"Hundreds of protesters walked across the Brooklyn Bridge to Manhattan's Chinatown in April to call for a fair trial. Tom Lai of Queens, N.Y., pointed to Liang's lack of experience at 27 years old and with less than 18 months on the job.

" 'He's a rookie,' Lai said. 'I'm not defending him, because I don't know what police procedures are. But I mean, if you're a rookie, how would you react?'

"Lai drew a comparison between Liang's indictment and the lack of one after the police shooting of Michael Brown in Ferguson, Mo.

" 'They're looking for a scapegoat,' he said. 'They say, "This Asian guy. This community [doesn't] vote. They don't have enough elected officials. They don't know what to say. Let's get him!" ' "

In a statement, Thompson said there was no evidence to support the idea that Liang "intended to kill or injure" Gurley and that sending Liang to prison "is not necessary to protect the public."

Loyda Colon, co-director of the Justice Committee, a group that supports Gurley and his family, said they were "outraged" at the sentencing recommendation.

"Liang entered a stairwell in the Pink Houses with his gun drawn – against NYPD protocol," she said in a statement. "He shot unarmed Akai Gurley, who was doing nothing wrong. Then he attempted to cover up his wrongdoing rather than assist Gurley, who lay dying on the floor. These are criminal actions, for which Liang should be held accountable."

The attorney for Gurley's family members said that they will "continue to have faith" in the criminal justice system, according to The Associated Press.

As the Two-Way reported last month:

"The prosecution of Liang has been closely watched, in part because the case arose amid a string of high-profile police killings of unarmed black men. Gurley was shot four months after Eric Garner died in Staten Island, N.Y., and three months after Michael Brown was shot and killed in Ferguson, Mo.

" 'There's nothing in the world that can heal my pain, my heartache,' " Gurley's mother, Sylvia Palmer, told WNYC in 2014. 'I pray to God I get justice for my son because he didn't deserve to die like that.' "

Liang is expected to be sentenced next month.