Accessibility links
The People Have Spoken: No New Flag For New Zealand : The Two-Way Ten months and 10,000 flag submissions later, New Zealanders decided to just keep what they had.

The People Have Spoken: No New Flag For New Zealand

The People Have Spoken: No New Flag For New Zealand 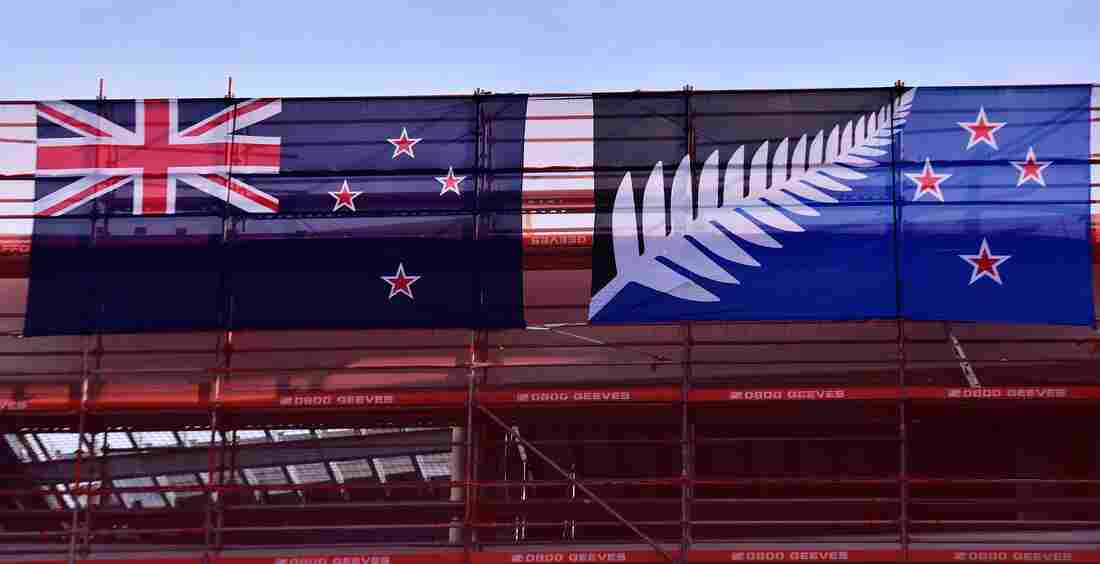 The current New Zealand flag (left) hangs next to the alternative flag on a building site in Wellington on March 4. New Zealanders began voting March 3 on whether to adopt a new flag. Marty Melville/AFP/Getty Images hide caption

More than 2 million New Zealanders voted to keep the Union Jack on their national flag, ending a 10-month process and squashing a move Prime Minister John Key said would make it easier to distinguish from Australia's flag and bolster national pride.

New Zealanders Begin Voting On Whether To Swap Out Their Flag

The current flag has been the national symbol for 114 years, according to The Associated Press. The rejected design, which featured a silver fern, was selected from more than 10,000 submissions from the public.

Some people called a flag on the play over the estimated price tag: NZ$26 million, which is about $17 million in U.S. currency.

New Zealand has voted to retain our current flag. I encourage all NZers to use it, embrace it and, more importantly, be proud of it.

And, strangely, American comedian and actor Andy Richter seemed to follow the whole thing really closely, even offering up his flag choice:

Can't sleep. This New Zealand flag business is tearing me up inside

Oh my god. I'm shaking. Just puked all over myself. Don't know how to feel about this. https://t.co/HoWM3QEfdd

This got my vote for the new New Zealand flag https://t.co/VlsHg2I9CF

The preliminary voting result was announced on Thursday, and final numbers are expected next week.

As a reminder, here's a taste of the flags New Zealand could have had — including the front-runners and some very, very long shots.