Accessibility links
Japanese Fleet Kills 333 Whales In The Antarctic : The Two-Way The fleet killed the minke whales over the past four months, drawing condemnation from environmentalists and the Australian government. 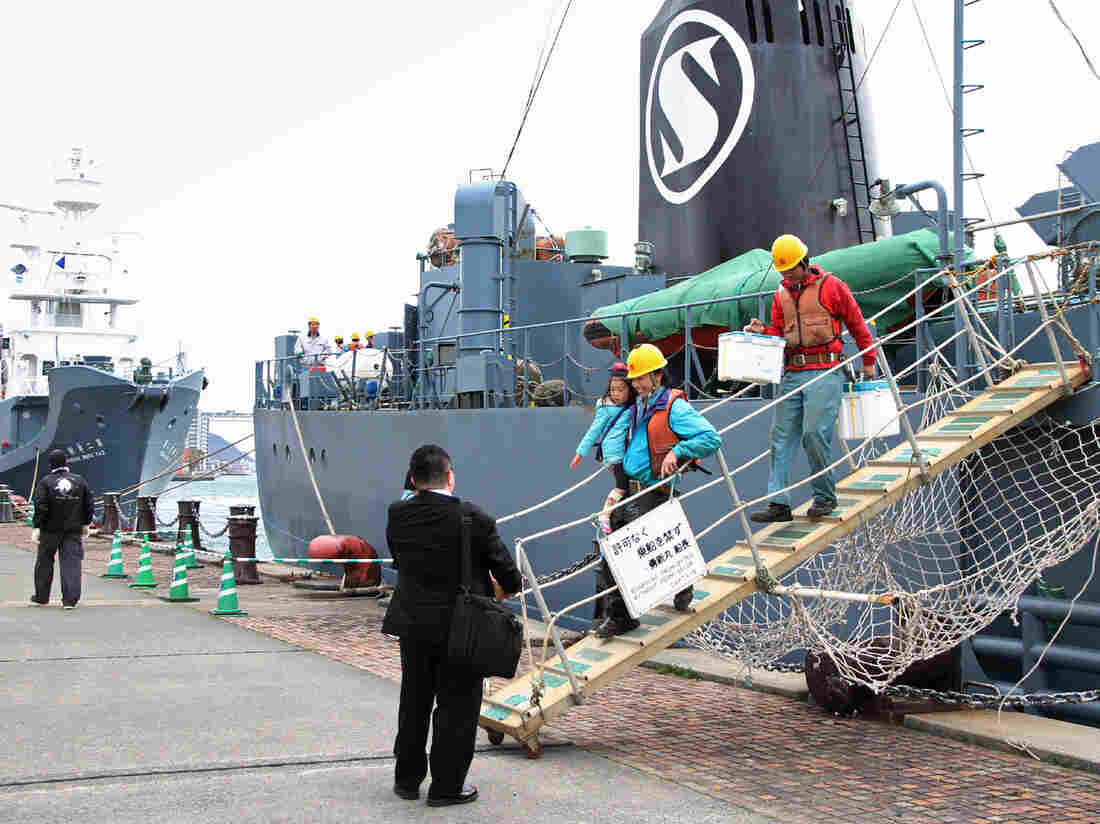 Workers disembark from a whaling ship at the port of Shimonoseki in western Japan on Thursday. Jiji Press/AFP/Getty Images hide caption 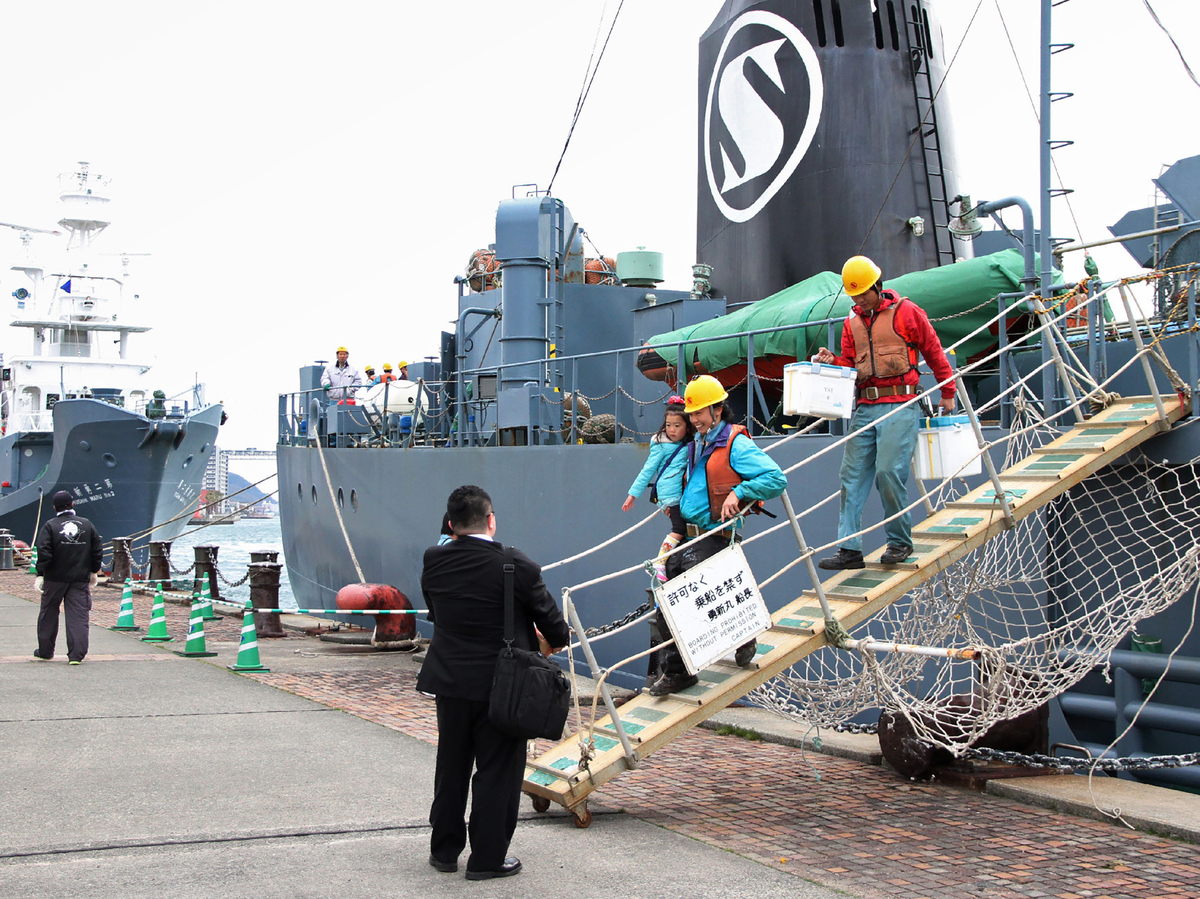 Workers disembark from a whaling ship at the port of Shimonoseki in western Japan on Thursday.

Japan's whaling fleet has returned to base with the carcasses of 333 minke whales, in apparent violation of a ruling by the International Court of Justice.

Reuters quoted a statement by Japan's Fisheries Agency that said 103 male and 230 female whales were caught during the fleet's summer expedition to Antarctic waters. Ninety percent of the mature females were pregnant.

"The number of pregnant females is consistent with previous hunts, indicating that the breeding situation of minke whales in the Antarctic is healthy," Reuters quoted the agency as saying.

Japan has said it conducts this "scientific whaling" strictly for research; however, the meat is sold commercially and government agencies say the ultimate goal is the resumption of commercial whaling.

Commercial whaling was banned by the International Whaling Commission in 1986, although killing whales for scientific research was allowed to continue. However as the Two-Way reported in 2014, the ICJ ordered a halt to all Japanese whaling:

"The court said the research program had generated only two peer-reviewed papers that together refer to nine whales.

" 'In light of the fact that [Japan's program] has been going on since 2005 and has involved the killing of about 3,600 minke whales, the scientific output to date appears limited,' the court wrote in its judgment.

"By a 12-4 vote, the court based in The Hague decided Japan must 'revoke any extant authorization, permit or license granted in relation to' its whaling program, 'and refrain from granting any further permits' related to it.

"Japanese officials have said the whaling program, called JARPA II, is for research on whales' age, sexual maturity and pregnancy rates, according to court documents. Some elements of the program were slated to go on for six to 12 years.

"But the court noted that an expert who was called on to testify ... said Japan's program 'operates in complete isolation' from other Japanese and international research efforts into Antarctica's wildlife."

Japan denies that the latest hunt violated the court's decision because it was conducted under a new research plan that has yet to be ruled on by the ICJ.

News of the hunt sparked outrage among conservation groups and a political row in Australia, where environmental activist group Sea Shepherd accused the Australian government of doing nothing to protect the whales, some of which it said were killed illegally in the Australian Whale Sanctuary.