Accessibility links
Nigerian Military Says It Rescued More Than 800 Hostages From Boko Haram : The Two-Way There's no word yet about whether that included any of the 200 kidnapped schoolgirls that sparked the #BringBackOurGirls campaign. 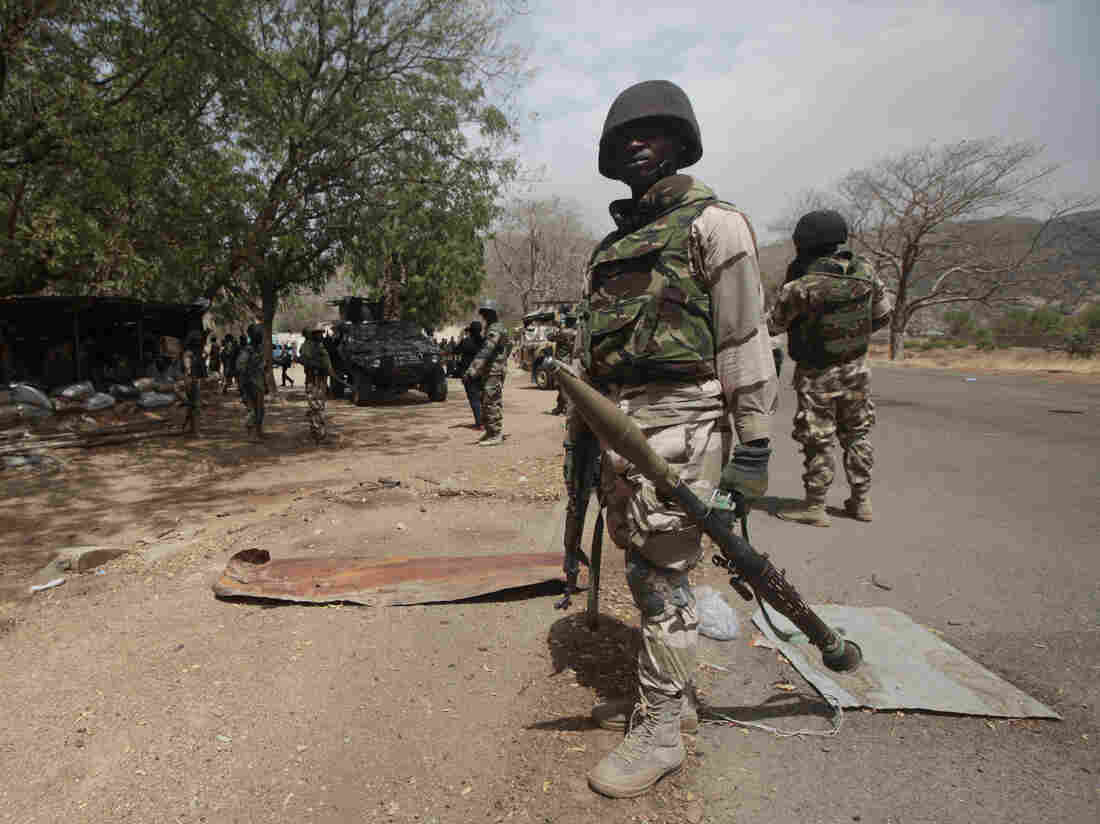 Nigerian soldiers man a checkpoint in Gwoza, Nigeria, in 2015. At the time, the town was newly liberated from Boko Haram. Lekan Oyekanmi/AP hide caption 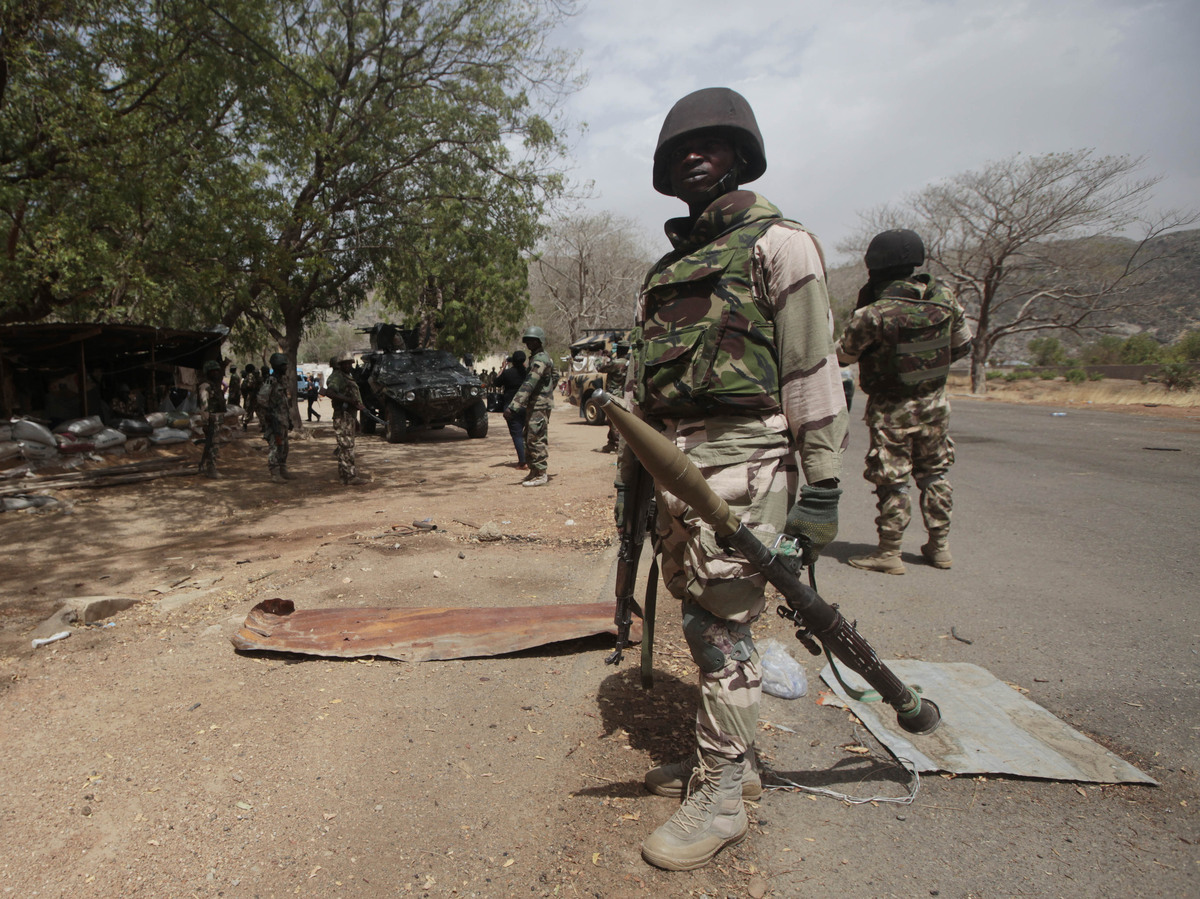 Nigerian soldiers man a checkpoint in Gwoza, Nigeria, in 2015. At the time, the town was newly liberated from Boko Haram.

The Nigerian army claims to have rescued more than 800 hostages from Boko Haram, the militant group that has held major swathes of territory in the country.

NPR's Gregory Warner tells our Newscast Unit that it "was not immediately clear whether the rescues included any of the 200 schoolgirls kidnapped nearly two years ago [who inspired] the #BringBackOurGirls movement." Here's more from Gregory:

"The 800 hostages were all rescued in the northeastern Nigerian state of Borno. It's the same state where two years ago more than 200 schoolgirls were kidnapped from the village of Chibok by the Islamist group. The global outcry over that kidnapping led to a regional military coalition that has turned the tables of the war, routing many Boko Haram holdouts and freeing many hostages.

"Boko Haram is still launching terrorist attacks. Two female suicide bombers sent by Boko Haram were intercepted in Cameroon. One blew herself up ... [The] other claimed she is one of the kidnapped Chibok girls. And she's 15 years old."

In a statement, Nigeria's military says the hostages were rescued during a "spectacular clearance operation" on Tuesday, as they were working to push remaining Boko Haram militants from the area. 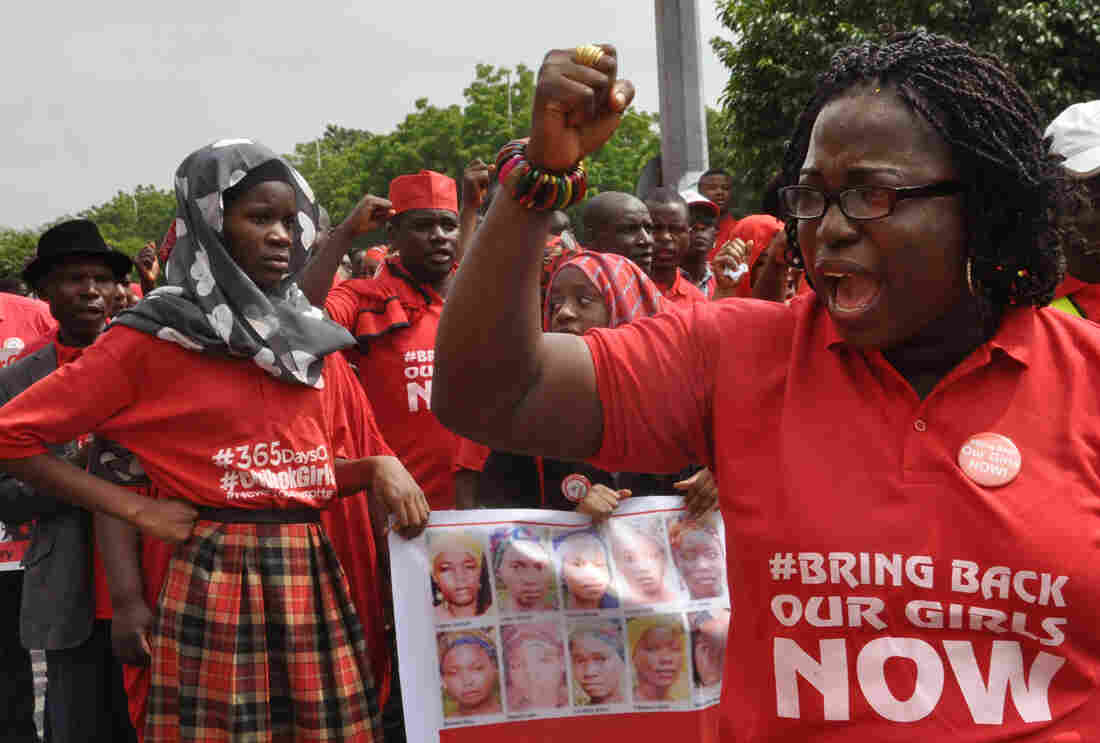 People take part in a march outside the presidential residence in Abuja in 2015, part of the Bring Back Our Girls campaign, in memory of girls abducted by Nigerian extremists. Olamikan Gbemiga/AP hide caption

The military says 520 of the hostages were rescued from the village of Kusumma, while another 309 were rescued during operations across 11 other villages. It added that the troops were "basking in the unprecedented achievement."

There is currently no independent confirmation of the military's figures. 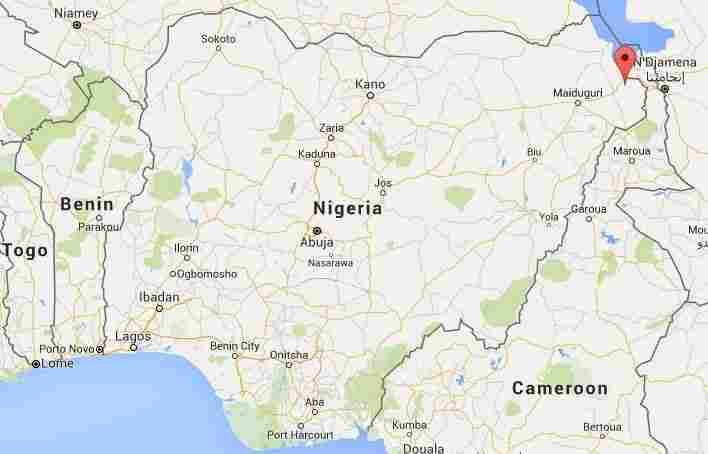 The location of Kusumma village in northeastern Nigeria, where the Nigerian military says it recued 520 hostages from Boko Haram. It says 309 people were rescued from other villages in the same state. Google Maps hide caption

According to The Guardian, "the military operations came on the same day that Boko Haram abducted 16 women, including two girls, in neighbouring Adamawa state."

But even in this moment of relief for the hostages, difficulties may lie ahead.

As NPR has reported, Nigeria's armed forces freed other hostages in the past few months during its campaign against Boko Haram.

NPR's Lourdes Garcia-Navarro spoke to UNICEF'S Rachel Harvey last month about what happens when freed Boko Haram captives return home. Some of the women are being rejected by their families after forced marriages to the fighters. Here's what Harvey said:

"As the Nigerian armed forces started to take back these territories and the women and the girls came back, but also the children who had been born out of sexual violence, we were finding that communities and families were struggling to accept these children and women and girls back... So there's a fear about the returning girls and women, that they somehow may have been radicalized because they've spent such long periods under the control of Boko Haram."

She adds that babies born from Boko Haram fathers are also viewed by many as a possible threat to their communities.