Accessibility links
Filipino Devotee Crucified In Annual Ritual — For The 30th Time : The Two-Way A Filipino devotee was nailed to a cross for the 30th time in an annual Good Friday ritual, which he dedicated to peace in Belgium and other countries targeted by Islamic extremists.

Filipino Devotee Crucified In Annual Ritual — For The 30th Time

Filipino Devotee Crucified In Annual Ritual — For The 30th Time 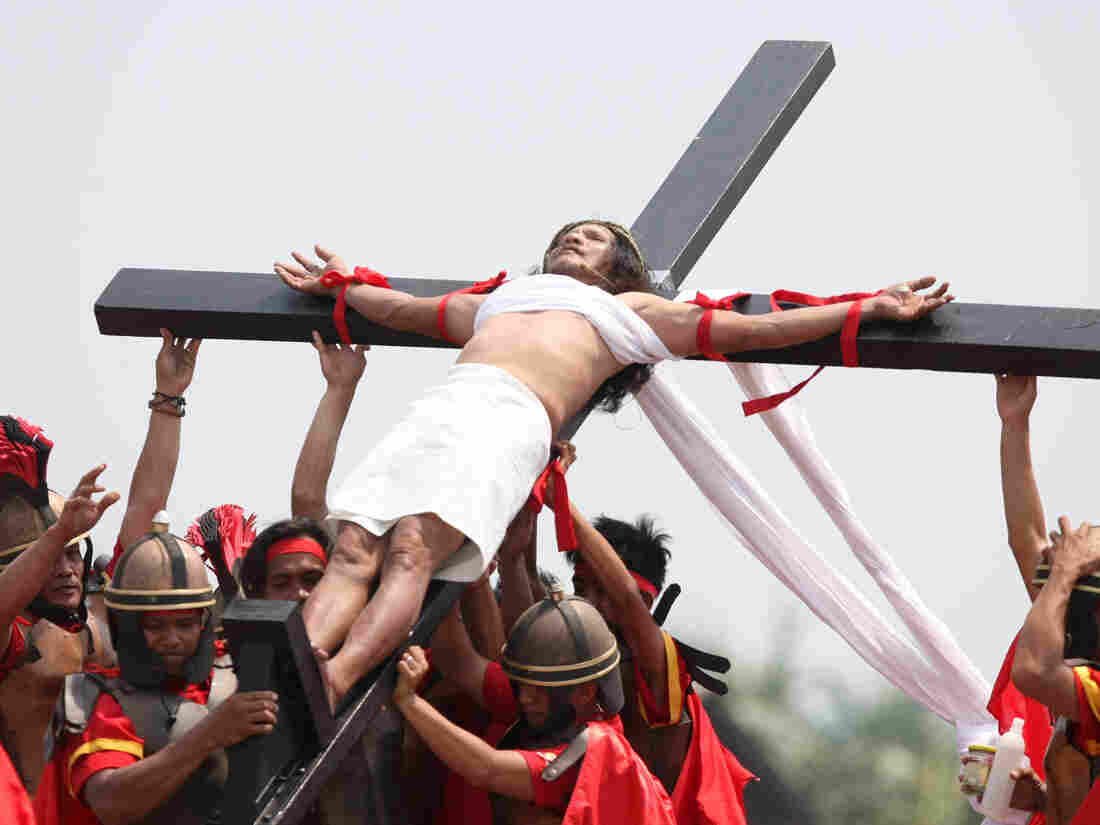 Ruben Enaje is hoisted by volunteers after he was nailed to a wooden cross in a reenactment during Good Friday rituals in the northern Philippines. Linus Escandor II/AP hide caption 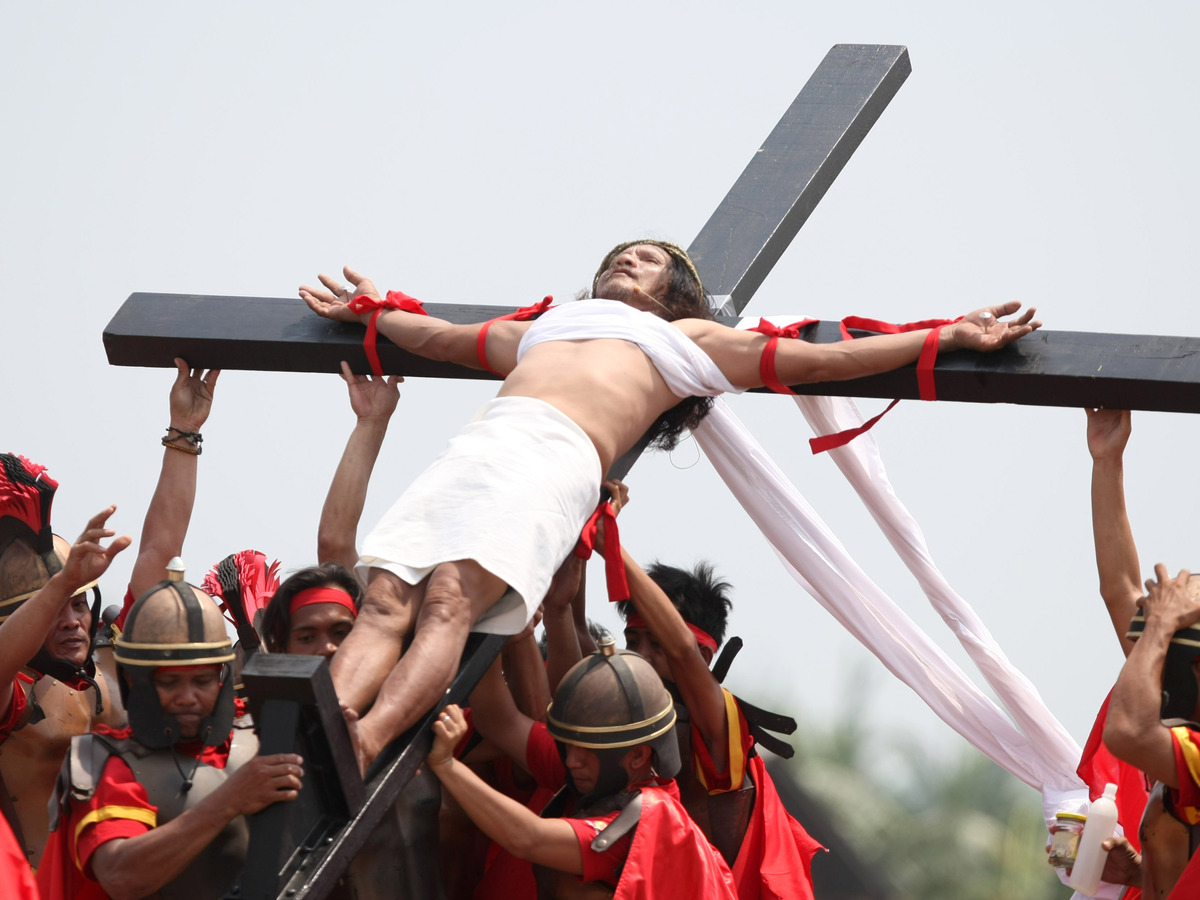 Ruben Enaje is hoisted by volunteers after he was nailed to a wooden cross in a reenactment during Good Friday rituals in the northern Philippines.

In a gruesome, long-standing Good Friday ritual in the Philippines, a man was nailed to a cross as part of the re-enactment of Jesus Christ's death. It was this particular follower's 30th time being crucified.

Ruben Enaje and "14 other men, some screaming in pain, were nailed to wooden crosses by actors dressed as Roman centurions in ... rice-farming villages in the Pampanga province north of Manila," while "thousands of foreign and local tourists snapped pictures" of the re-enactment, according to The Associated Press.

Enaje said he dedicated his ordeal "to peace in Belgium and other countries targeted by Islamic extremists," the news service reports.

In a 2013 report on the re-enactments, the Two-Way noted that "the ritual draws crowds, and local Catholic leaders say they cannot stop the practice. Auxiliary Bishop Pablo Virgilio David told [Reuters] that it was 'folk Catholicism' and that the church shouldn't close its doors to people who are attracted to it."

The AP says that in each of Enaje's 30 years being crucified, "four-inch stainless steel nails were hammered through the same spot in his palm and feet. When the cross is hoisted up, the movement adds to the suffering, he said."

"The only thing in my mind is that God went through worse," Enaje said, according to the AP. The news service adds:

"The gory spectacle reflects the Philippines' unique brand of Catholicism, which merges church traditions with folk superstitions. Many of the mostly impoverished penitents undergo the ritual to atone for sins, pray for the sick or for a better life, and to give thanks for what they believe were God-given miracles.

"Enaje, a 55-year-old sign painter, began the annual ordeal after he fell from a three-story building in 1985 and survived nearly unscathed.

"Asked what he was praying for this year, Enaje said he was saddened by the recent bombings at the Brussels airport and subway station and other attacks in the Middle East that hurt innocent people.

" 'What are they fighting for?' Enaje asked, referring to Islamic State group militants who have claimed responsibility for the Brussels attacks. 'Even the innocent are not spared. They want to lord over the world but that can't be allowed to happen.' "

A short documentary, called "The 26th Crucifixion of Ruben Enaje," captures the ritual.

Editor's note: This post was updated to make clear that a description of Ruben Enaje's crucifixions was from The Associated Press. Quotation marks have been added for attribution.