Accessibility links
Caucus Results: Bernie Sanders Wins Washington, Alaska, Hawaii : The Two-Way The Associated Press has called all three of Saturday's Democratic caucuses for the Vermont senator. He won by more than 70 percent of the vote in each state. 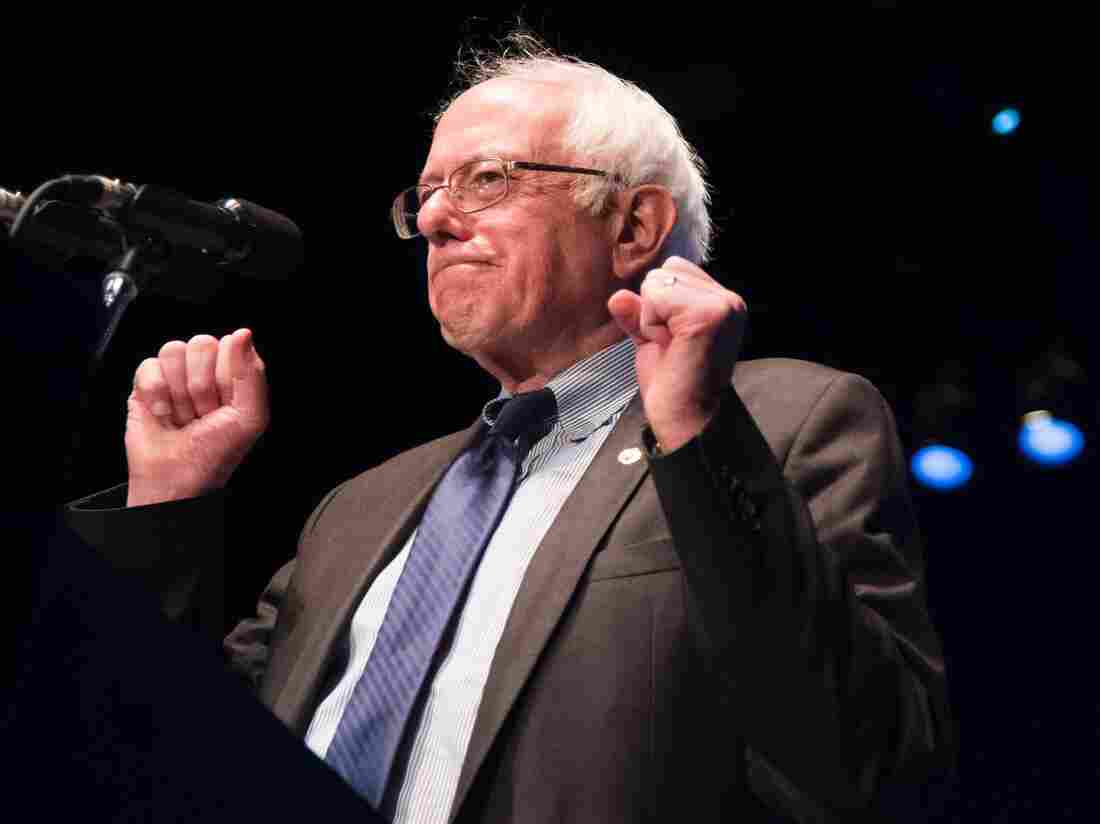 Bernie Sanders swept all three Democratic caucuses that were held on Saturday, according to the Associated Press.

He took each state by a striking margin. In Washington state — the biggest prize for Sanders, where 101 pledged delegates were up for grabs — Sanders won with 73 percent of the vote.

In Alaska, with 16 pledged delegates were at stake, Sanders won with 82 percent; and in Hawaii, with 25 delegates, the senator from Vermont won with 70 percent.

Blockbuster turnout in all three states and a wave of passionate support for Sanders helped propel him to big wins.

"We knew things were going to improve as we headed west," Sanders said during a rally in Madison, Wis., pointing to recent wins in Idaho and Utah as evidence. "We are making significant inroads in Secretary Clinton's lead — and with your support here, we have a path toward victory."

The three wins aren't surprising to many observers, despite relatively little early polling in both states. Sanders has performed well so far in caucuses — where, as our Politics team puts it, "you don't vote with your fingers; you vote with your feet." Compared to primary elections, where voters just fill out a ballot, the caucus process rewards candidates with passionate supporters.

"Sanders, with his enthusiastic young supporters, has had an advantage in caucus states," NPR's Tamara Keith tells our Newscast team. "And in Hawaii he got a high-profile endorsement from Hawaii Congresswoman Tulsi Gabbard."

And, John Ryan from member station KUOW in Seattle notes, Sanders has been beating Hillary Clinton in terms of fundraising in all three states.

Clinton had barely campaigned in the three states, the AP notes, and spent Easter weekend with her family.

The high-turnout, big-percentage wins are a momentum boost to the Sanders campaign, although Clinton still maintains a large lead in the pledged delegate count.

That lead means even the victories Sanders has been raking in this weekend might not change the overall delegate math much. Heading into the day, he needed to win about 58 percent of all the remaining pledged delegates to clinch the nomination.

Based on AP's current count, Saturday's wins shifted that must-win percentage to 57.

Washington state hasn't yet allocated all of its delegates. But based on the delegates divvied out so far, Saturday gave 55 delegates to Sanders and 20 to Clinton.

That brings the pledged delegate count to 1,243 to Clinton and 975 for Sanders. Their totals with the so-called superdelegates takes Clinton to 1,712, with 1,004 for Sanders. It takes 2,383 to win the nomination.

In an interview with the AP, Sanders said he expected to carry Saturday's success forward into upcoming contests in the liberal northeast.

Follow live coverage at elections.npr.org, and find a full calendar of upcoming primaries and caucuses here.

A previous version of this article stated Hillary Clinton has 1,712 pledged delegates. In fact, that is the number of both her pledged and superdelegates.