Accessibility links
Largest Wildfire In Kansas History Continues To Burn : The Two-Way The fire has burned hundreds of thousands of acres of prairie and ranch land in Oklahoma and Kansas. An Easter snowfall has provided some help to firefighters. 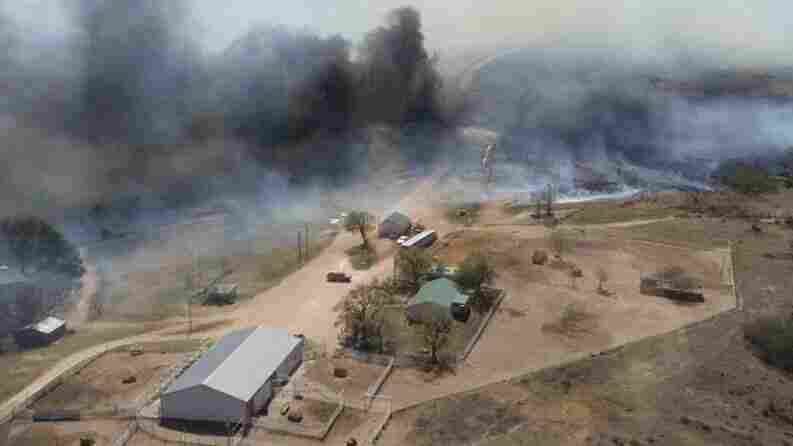 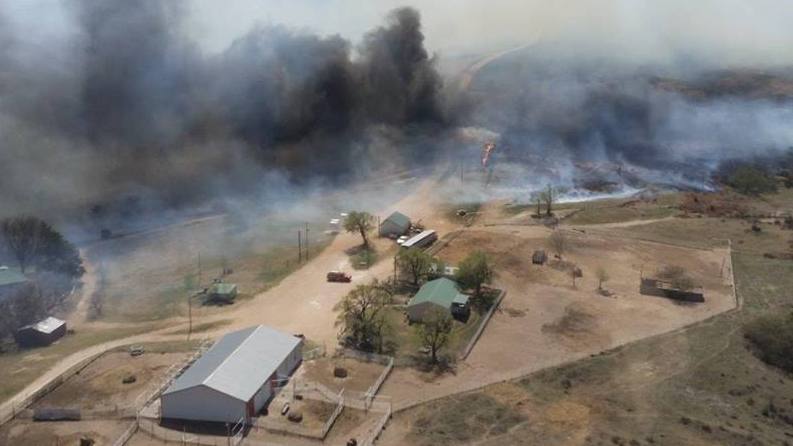 About one inch of snow fell on parts of Kansas and Oklahoma on Easter Sunday and officials say the precipitation provided a boost to their efforts to contain a wildfire described as the largest in Kansas history.

The fire began last week in Oklahoma and spread north to Kansas. Oklahoma Forestry Services, a division of the Oklahoma Department of Agriculture, Food and Forestry, says the fire has burned almost 400,000 acres of prairie and ranch land in three counties across two states.

Oklahoma Forestry Services says 370 firefighters are battling the blaze, which is known as the Anderson Creek Fire. The agency reported Sunday:

"When a fire is referred to as contained, it means a line is constructed, firefighters are working to extinguish or remove burning material near containment lines and the spread is stopped. Control means removing burning material near the lines is complete and the line is expected to hold. Once the fire is completely out and all resources have been released from the scene, the fire is 100% controlled."

"Firefighters are trying to use some of [Sunday's] precipitation to get a handle on things. If we just get a little bit of rain or snow, it helps, but it takes more than just a little bit to help put out some of the heavier fuels."

Reuters had this update on the fire-fighting effort: