Accessibility links
Supreme Court Rejects Rod Blagojevich's Appeal Of Corruption Convictions : The Two-Way Justices rejected the former Illinois governor's appeal of his corruption convictions, such as attempting to sell an appointment to the vacant Senate seat once occupied by President Obama. 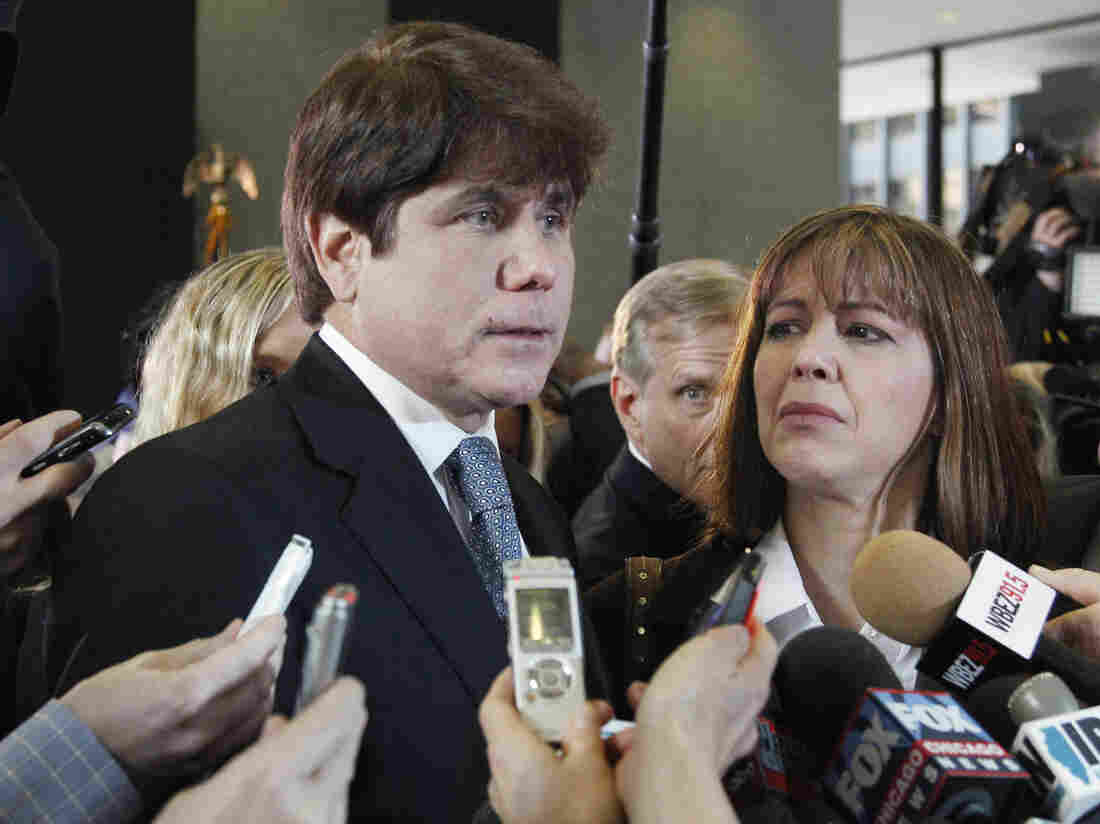 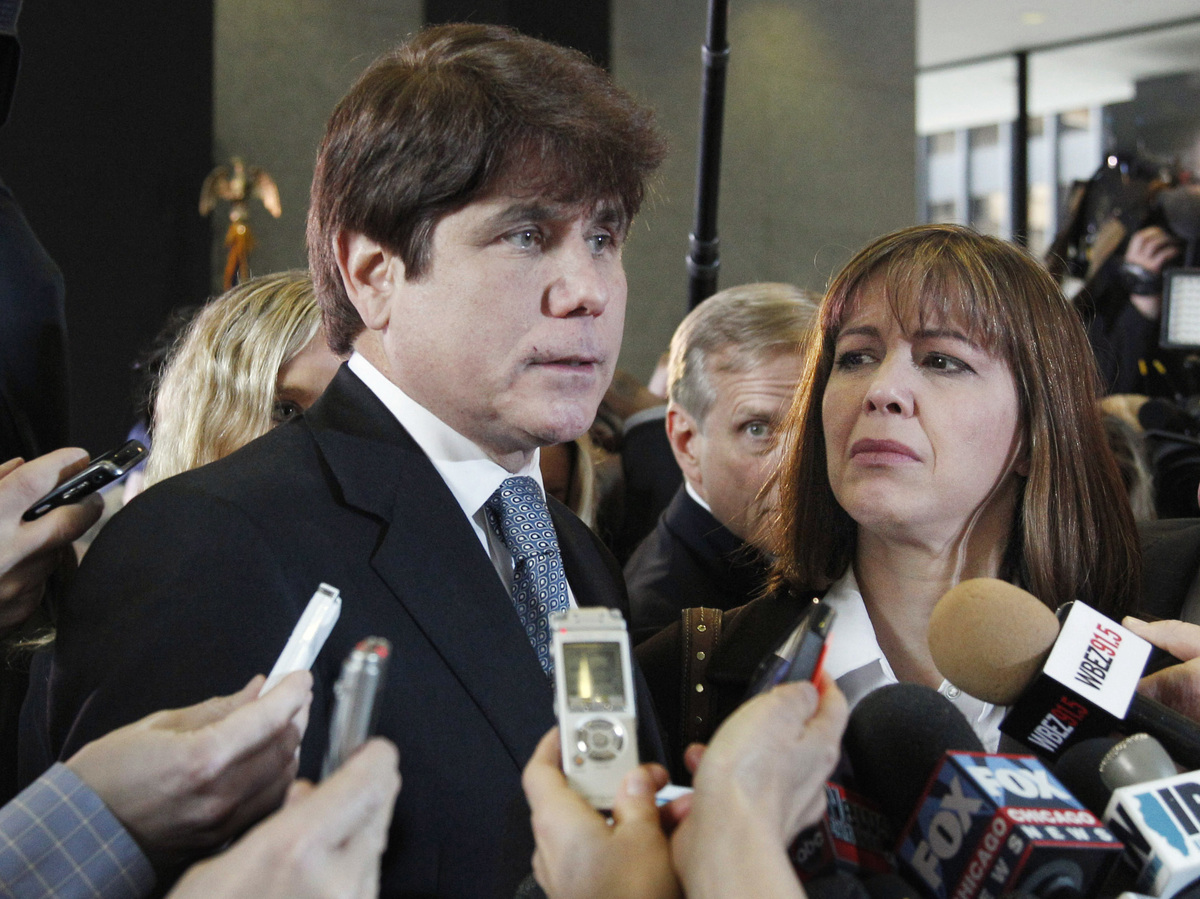 Former Illinois Gov. Rod Blagojevich, with his wife, speaks to reporters in 2011. On Monday, the U.S. Supreme Court rejected Blagojevich's appeal of his corruption convictions.

The U.S. Supreme Court has declined to hear an appeal from Rod Blagojevich, the former Illinois governor who was convicted of corruption in 2011 after infamously trying to sell an appointment to the vacant Senate seat once occupied by President Obama.

On Monday the justices let stand an appeals court ruling that found Blagojevich had crossed the line when he sought money in exchange for naming someone to fill the seat, The Associated Press reports. The news service adds:

"A federal appeals court last year threw out five of his 18 convictions, and Blagojevich was hoping the Supreme Court would consider tossing the rest.

"His lawyers argued that the line between the legal and illegal trading of political favors has become blurred, potentially leaving politicians everywhere subject to prosecution."

Blagojevich, 59, was found guilty of 17 of 20 counts and is now serving a 14-year sentence at a minimum-security federal prison in Littleton, Colo.

Court Throws Out Some Convictions Of Former Ill. Gov. Blagojevich

Blagojevich Could Talk Morality But Not Walk It

As we reported in 2011, Blagojevich told a judge during a sentencing hearing that he was "unbelievably sorry."

The 7th U.S. Circuit Court of Appeals later threw out five of those convictions. As the Chicago Tribune reports, "if prosecutors opt not to retry Blagojevich on the dismissed counts, the former governor should be resentenced by [Judge James Zagel], according to the Chicago-based appellate court, which tempered the small legal victory for Blagojevich by making it clear that Zagel's original sentence was not out of bounds."

The Tribune says Blagojevich's wife, Patti, issued a statement on the Supreme Court decision that read, in part: "This was, of course, not the outcome that Rod, our daughters Amy and Annie, had hoped and prayed for. But we continue to have faith in the system and an unshakable love for Rod. We long for the day that he will be back home with us."