Accessibility links
U.S. Capitol Briefly On Lockdown; Suspect In Custody : The Two-Way The Capitol was briefly placed on lockdown amid reports that shots had been fired at the Visitor Center. The head of the Capitol Police says the suspect was already known to the police.

Suspect In Custody After Drawing A Weapon At U.S. Capitol

Suspect In Custody After Drawing A Weapon At U.S. Capitol 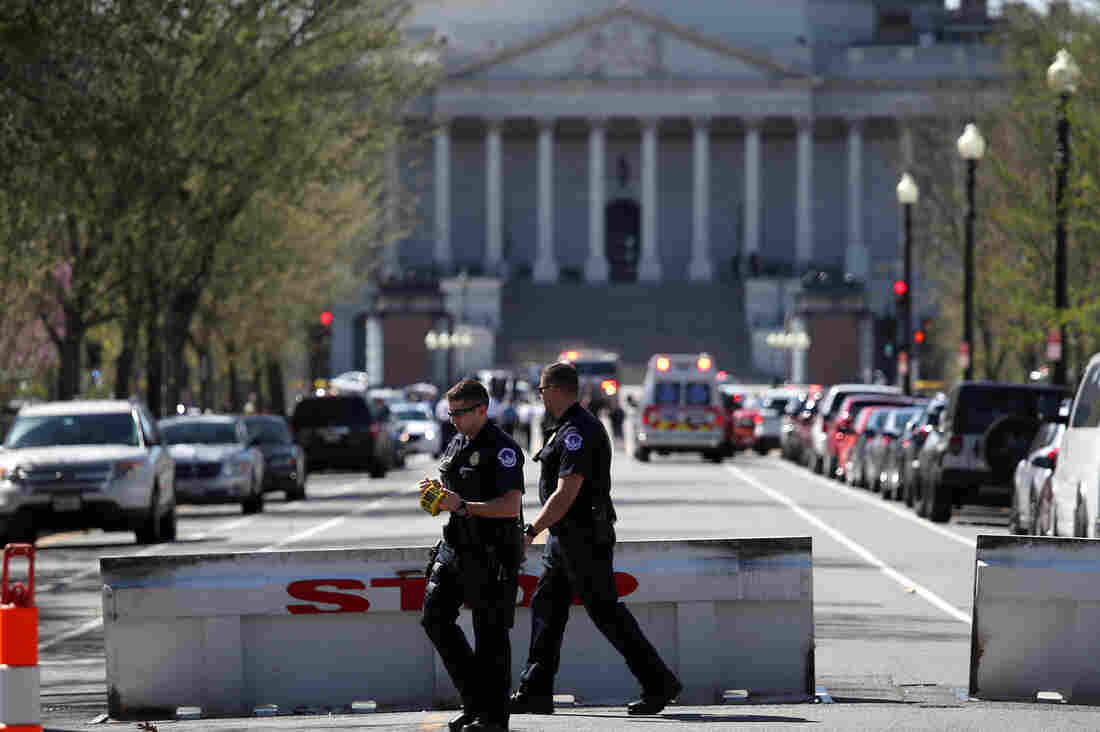 Police establish a perimeter during a lockdown during the emergency at the U.S. Capitol Visitor Center on Monday. Win McNamee/Getty Images hide caption 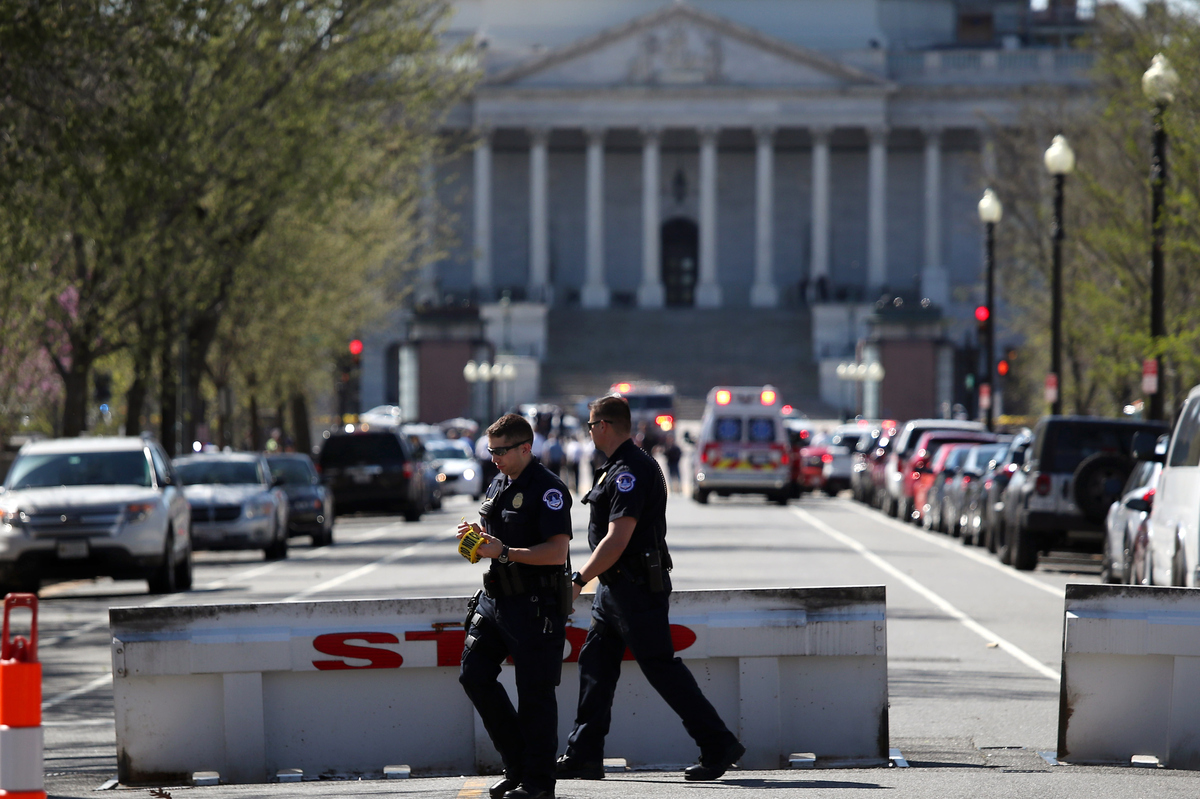 Police establish a perimeter during a lockdown during the emergency at the U.S. Capitol Visitor Center on Monday.

Verderosa said the man pulled "what appeared to be a weapon" and an officer shot him. A weapon was recovered at the scene.

Capitol Police later identified the suspect as Larry R. Dawson, 66, of Tennessee and said he has been charged with assault with a deadly weapon and assault on a police officer while armed.

The statement adds, "The defendant is currently in stable but critical condition and will be presented to the District of Columbia Superior Court upon his release from the hospital. The defendant's vehicle has been secured and will be searched upon the granting of a search warrant."

Verderosa said the suspect is known to the Capitol Police from prior contact and there is "no reason to believe this is anything more than a criminal act."

An female bystander also suffered injuries that appeared to be minor, Verderosa said.

A lockdown at the Capitol Complex was lifted shortly after the suspect was apprehended.

Per USCP, shelter in place has been lifted and the Capitol is open for official business only. Capitol Visitor Center remains closed. #alert

Early news reports said at least one officer had been wounded; these reports were incorrect.

Staffers, reporters and others had been told to "shelter in place" and were not allowed to exit or enter any buildings. Congress is currently in recess. The Senate Sergeant-At-Arms Office said that the Capitol is open for official business.

There has been an isolated incident at the US Capitol. There is no active threat to the public

The White House was briefly put on lockdown, according to news reports.

Washington's Metropolitan Police Department tweeted that there "is no active threat to the public."

The Associated Press reported that "visitors were being turned away from the Capitol as emergency vehicles flooded the street and the plaza on the building's eastern side. Police, some carrying long guns, cordoned off the streets immediately around the building, which were thick with tourists visiting for spring holidays and the Cherry Blossom Festival."

The Visitor Center is part of the U.S. Capitol Complex, a group of about a dozen buildings in Washington, according to its website. The center opened in 2008 and serves as an underground screening point for visitors to the U.S. Capitol. After years of discussion about a facility for visitors, construction on the center began after the 1998 killing of two U.S. Capitol Police officers at the ground floor entrance.