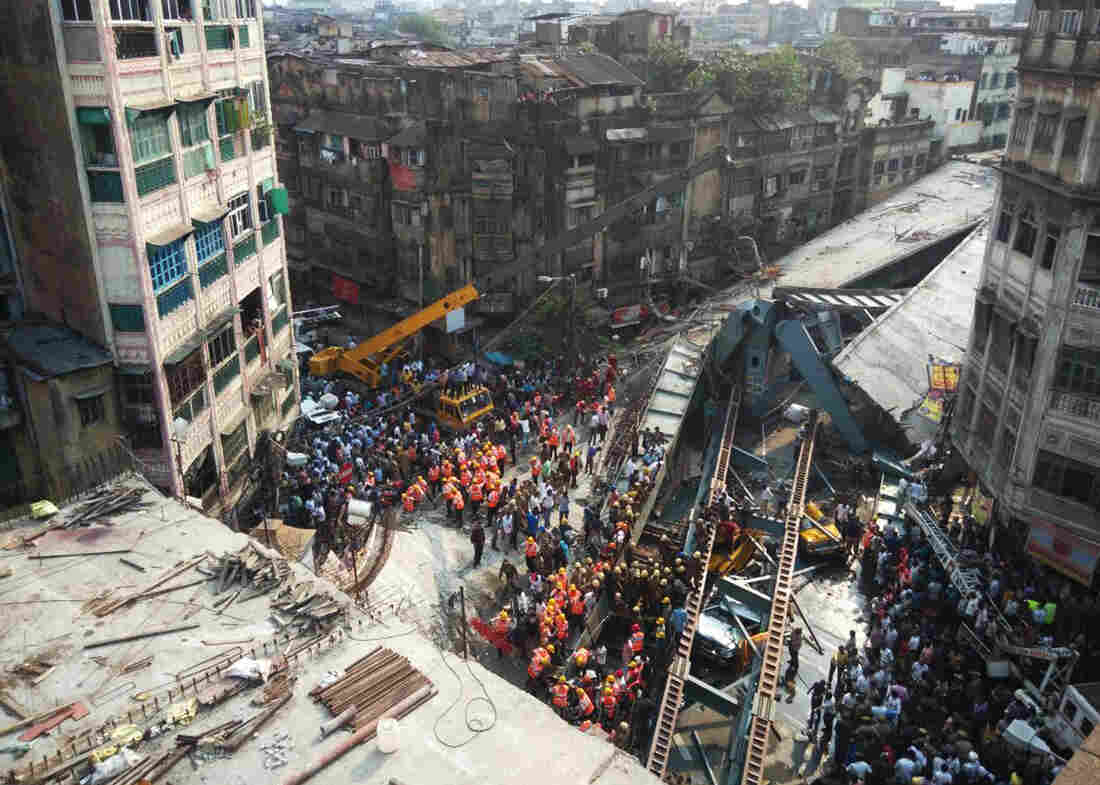 After an overpass partially collapsed in Kolkata, India, residents and rescue workers rushed to clear rubble and reach dozens of people who had been under the structure when its supports gave way. Bikas Das/AP hide caption 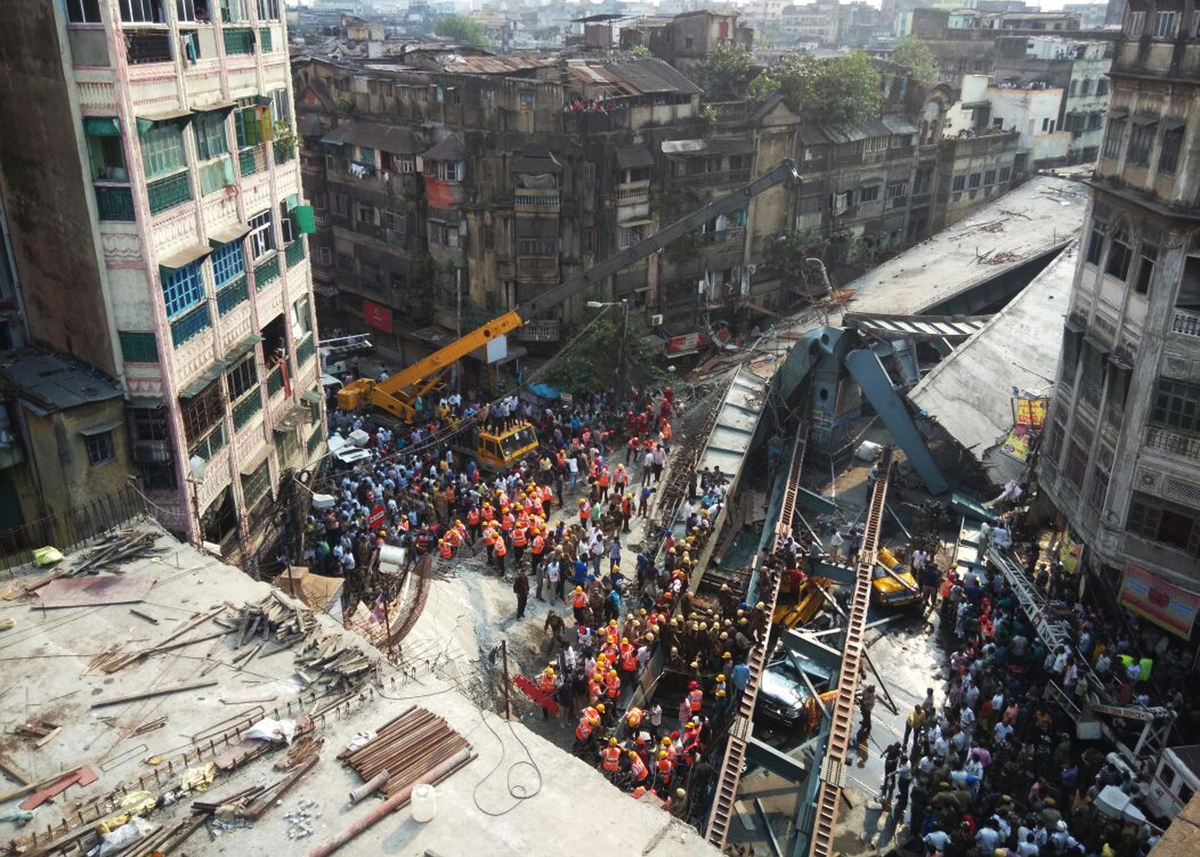 After an overpass partially collapsed in Kolkata, India, residents and rescue workers rushed to clear rubble and reach dozens of people who had been under the structure when its supports gave way.

Emergency crews are scrambling to reach people trapped when an under-construction elevated roadway collapsed onto a busy street in Kolkata, India, on Thursday. More than a dozen people have died, local media say, and dozens more are trapped.

News of the number of dead or injured is still emerging, and those reports are currently fluctuating. Citing police, Asian News International reports that at least 14 people are dead, with more than 70 wounded.

Part of the collapse was caught on a surveillance camera; the footage shows that people crossing an intersection had only the briefest of warnings, perhaps just a couple of seconds, before the overpass came down.

Images from the scene in eastern India show cars and trucks pinned under large concrete sections, as scores of people work around tangled metal supports to try to help others who were injured or trapped by the collapse.

Rescue crews are using cranes to clear debris and pull cars and other vehicles from the wreckage in central Kolkata. The army is helping with the effort.

India's Prime Minister Narendra Modi, who recently arrived in the U.S. for a nuclear security summit, said via Twitter that he is "shocked and saddened" by the collapse and is monitoring the situation. He expressed his sympathy and hopes for recovery to those affected.

Shocked & saddened by collapse of under construction flyover in Kolkata. Took stock of the situation & rescue operations.

The collapse struck near Girish Park, where the construction project to build a 2.2 kilometer (1.3 mile) overpass for Vivekananda Road had already suffered years of delays. Back in 2013, a Times of India article noted that a large section of the project had an initial deadline of 2011 that was extended several times.

Last November, India's The Telegraph listed the many obstacles the project still faced, including work days lasting only four to six hours, land rights disputes — and the surprising discovery of underground brick sewers where two support piers for the overpass had been planned.

Responding to the tragedy, local politicians are promising an investigation and to punish anyone found guilty of corruption or dereliction of duty.