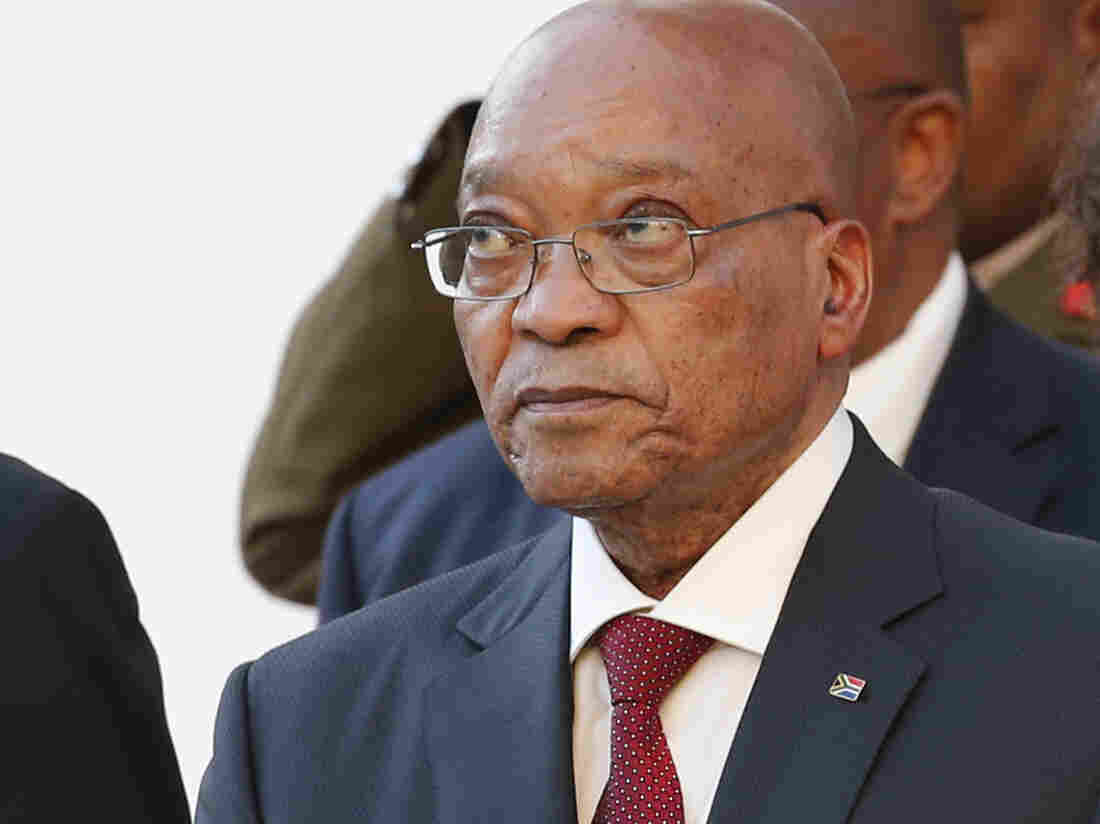 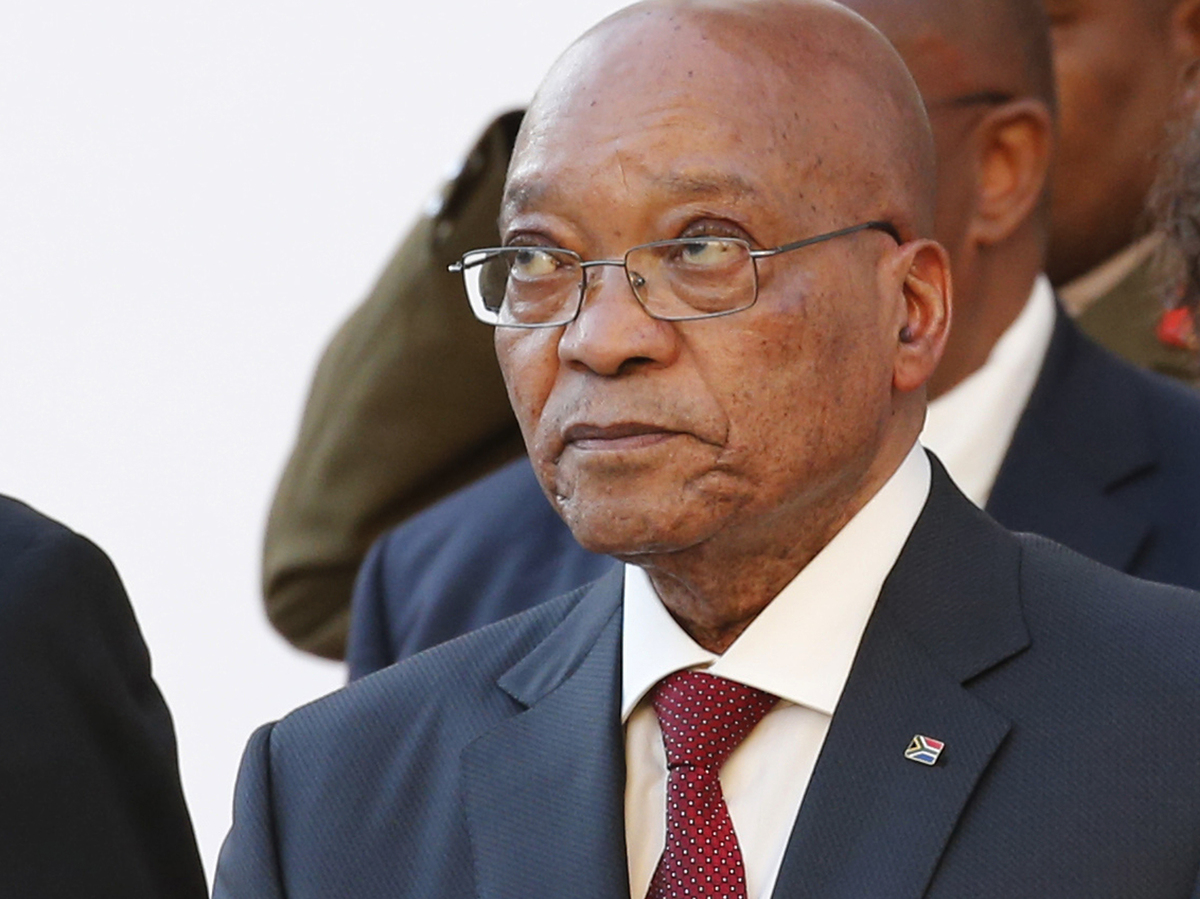 President Jacob Zuma arrives at Parliament in Cape Town, South Africa, for the State Of The Nation address in February.

South Africa's top court has found that President Jacob Zuma is liable for a portion of some $20 million in public funds spent on what he called a security upgrade to his private residence.

The Constitutional Court said in its unanimous judgment Thursday that the visitors' center, amphitheater, cattle kraal, chicken run and swimming pool at the Zuma residence, Nkandla, do not have a security rationale.

Conclusion: Zuma is unfit to be president of the republic. I hope we can get on to the business of South Africans. Building our economy

The court's judgment said Zuma breached the country's constitution "by not complying with a decision by the public protector, the national watchdog," Ofeibea reported. "In 2014, [Thuli Madonsela] ruled that Zuma should repay some of the taxpayers' money spent on the nonsecurity features of the refurbishment of his personal rural homestead." 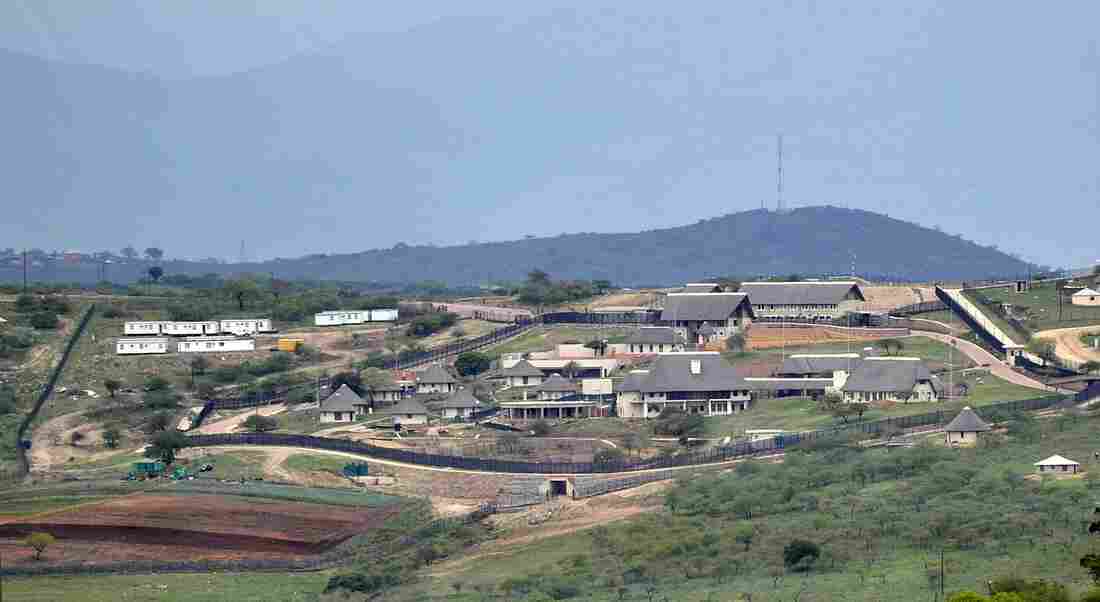 As Reuters reported, "much of the court ruling focused on whether Madonsela's 2014 findings and recommendations on Nkandla were legally binding."

According to Thursday's judgment, they are indeed binding. Furthermore, it reads, "No binding and constitutionally or statutorily sourced decision may be disregarded willy-nilly."

Zuma has refused to pay back any of the money in the two years since Madonsela's report was released. Instead, he has ordered "parallel investigations by the public works and police ministries that exonerated him, based on declarations that included calling the swimming pool a fire-fighting reservoir," the wire service reports.

South Africa's News24 carried the video, and the social media reaction to it:

This was a moment of vindication for Madonsela. After years of criticism from Zuma's supporters, this is how she is described in the judgment:

"She is the embodiment of a biblical David, that the public is, who fights the most powerful and very well-resourced Goliath, that impropriety and corruption by government officials are. The Public Protector is one of the true crusaders and champions of anti-corruption and clean governance."

After the judgment, Madonsela told the Mail & Guardian: "My job was to protect the public from improper conduct by firstly determining if somebody's conduct was improper and secondly determining how should it be fixed." She added: "I did so and now the Constitutional Court has confirmed that I did my job."

The National Treasury now has 60 days to determine the specific figure that Zuma should personally pay, according to the court judgment.

Reuters reports that Zuma's office released a statement saying that it "respected the ruling and would determine the appropriate action in due course."