Accessibility links
Zika Is Linked To Microcephaly, Health Agencies Confirm : The Two-Way Scientists say research has establish a connection between Zika and microcephaly. More research is needed to establish how much danger a fetus is in if a pregnant woman becomes infected. 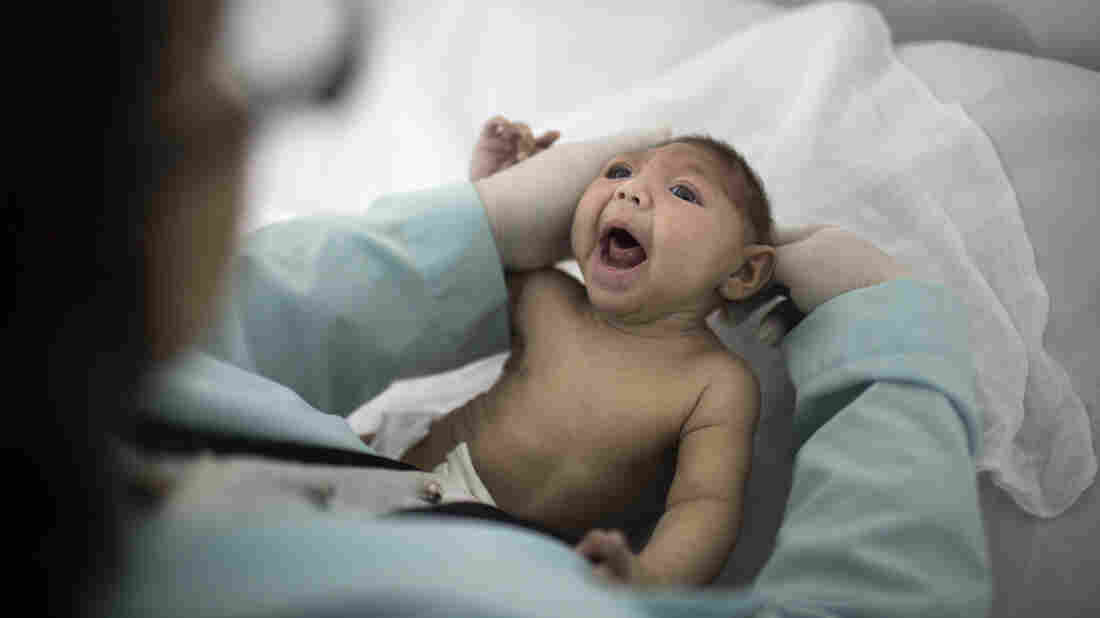 A baby born with microcephaly in Brazil is examined by a neurologist. Felipe Dana/AP hide caption 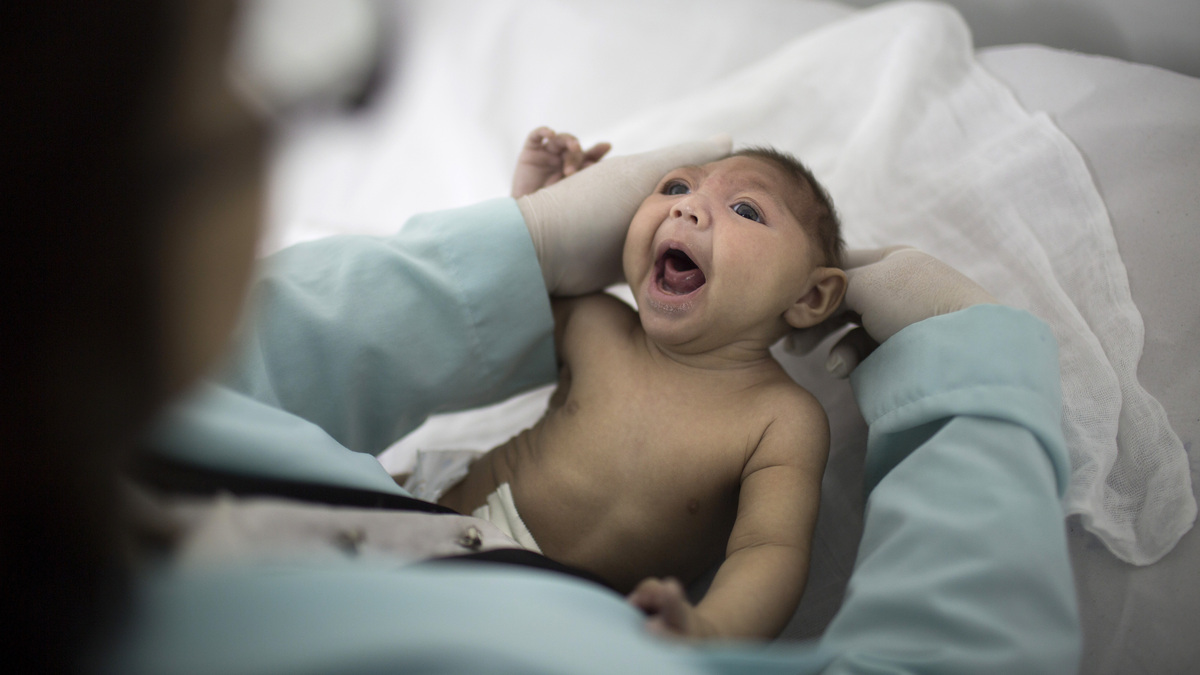 A baby born with microcephaly in Brazil is examined by a neurologist.

The World Health Organization says there is now scientific consensus that the Zika virus is connected with microcephaly — a condition in which babies are born with very small heads and brain damage.

Scientists have been working for months to confirm a link between Zika and microcephaly, ever since Brazil reported a startling increase in cases last fall.

Zika infection during pregnancy appears to increase the risk for several types of birth defects and miscarriages, a recent study found. And scientists have found the virus in the brains of affected babies.

But all this evidence is circumstantial. So the big question has been: Is Zika really the culprit?

Now WHO and the Centers for Disease Control and Prevention agree there's enough evidence to say, yes, Zika is linked to microcephaly.

"At this point the most pressing question people want answered is, 'If I get a Zika infection during pregnancy, what are the chances my baby is going to be affected?' " says Dr. Anne Schuchat, the deputy director of the CDC. "We really feel a sense of urgency to both answer that question and to help stop the spread of the virus."

Currently the Zika virus is circulating in 33 countries in the Americas and has sickened hundreds of thousands of people.